How To Beat The Great Resignation: Detoxify Your Workplace Culture 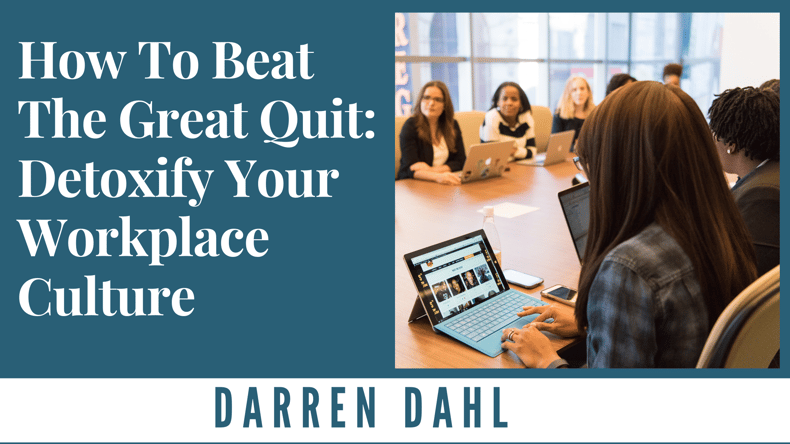 People are quitting jobs at a rate like we’ve never seen before. In what’s become known as “The Great Quit” or “The Great Resignation,” millions of workers are leaving their jobs every month. When you combine that with the flood of retiring Baby Boomers, we’re witnessing a seismic reshuffling of the work force. Even Santa Claus is in short supply.

What’s even more stunning is that this might be just the beginning. Research from Microsoft and Gallup finds that some 41% of the global workforce, and nearly 50% of employees in the U.S., are actively looking for a new job.

As many (if not most) employers now scramble to keep their existing people—let alone recruit new employees—it’s created a new emphasis on answering the question: Why are so many workers quitting?

The End Of The Toxic Workplace

The uncertainty and shifting workforce dynamics are driven by the pandemic played a big role in giving many workers the chance to reassess their careers. For some, getting the chance to work from home or remotely opened opportunities to spend more time with family and loved ones. For others, especially those working on the front lines in hospitals and restaurants, health and safety became a primary driver for shifting careers or taking a mental health break.

And yet, the pandemic may have simply exposed an issue that’s already been simmering for years. It’s long been said that people don’t quit jobs—they quit bosses. While there is some truth in that old saw, the complete answer is that people leave so-called “toxic” workplaces and cultures where they feel bullied or pressured to perform and work long hours. The stress of the pandemic has given many workers permission to say: “Enough. I can do better.”

More specifically, according to research published in the Harvard Business Review, people quit “when their job wasn’t enjoyable, their strengths weren’t being used, and they weren’t growing in their careers.”

In other words, the winners in the War for Talent will be those employers who prioritize educating, empowering, and engaging their workforce. And to do that, it’s high time to question the most common management myths holding them back.

“A Neat Place To Work”

When Jack Stack, the CEO of SRC Holdings, led a buy-out out of his company from its corporate parent in 1983, he seized the opportunity to remanufacture a new kind of workplace culture. As he writes in his book, The Great Game of Business, he had a dream to create:

A really neat company, a place where people would be friends and colleagues, where they'd care about each other and act as if they cared about each other, and where everyone would get a fair shake. You spend a major portion of your life at work. I wanted that portion of mine to be good. I didn't want my work to come at the expense of my family, or at the expense of my principles and beliefs. I wanted to lead a balanced life. I was looking for a life of achievement, fulfillment, opportunities, challenge, competition, and fun, and I wanted to work in a place where I could find those things. I also wanted to be around people who were as happy as I was, who liked coming to work in the morning, who was getting out of it what they were looking for, too. In my dream, this company would be a healthy place, where people enjoyed spending time. It would be the kind of company that other people would look up to as a model and say, “Gosh, that's a neat place to work.” And they'd really meant it.

To create that kind of healthy and fulfilling workplace culture, Stack and his team challenged three well-worn “management myths” to create a new kind of employee-centered culture they called The Great Game of Business.

Myth: “Don’t worry about the big issues, just do your job.”

Rather than keeping financial information under lock and key, employees who play The Great Game of Business are not only given access to the numbers—they are taught to understand them. That empowers you to tear down the walls inside your business while building trust and credibility through true transparency. Better yet—workers can use that information to grow their own career. As Stack writes:

Information should not be a power tool-it should be a means of education. Don't use information to intimidate, control, or manipulate people. Use it to teach people how to work together to achieve common goals and thereby gain control over their lives. When you share the numbers and bring them alive, you turn them into tools people can use to help themselves as they go about their business every day… The payoff comes from getting the people who create the numbers to understand the numbers. When that happens, the communication between the bottom and the top of the organization is just phenomenal.

Some employers hope to spackle over their cultural shortcomings with superficial additions like foosball tables and free snacks. They think they’re making work more “fun.” The last thing they want to do is talk facts—especially if the business is struggling. What they’re overlooking is that if everyone in the company doesn’t understand what makes it truly “sustainable”—making profit and generating cash—you’re doing everyone a massive disservice. As Stack writes:

I knew a company that prided itself on its humanistic approach to business. The people were always going on Whitewater rafting trips or mountain-climbing expeditions, and they set aside a part of every day for self-improvement sessions. The CEO played motivational tapes and threw regular Friday afternoon beer busts to tell people how great they were doing: a terrific corporate culture. But they forgot one thing: you have to make money to stay in business. After a brief but glorious run, the company folded, and the people all lost their jobs. I am second to none in believing that business ought to be people oriented. But no company serves its people well by elevating emotions over numbers.

Ever since Corporate America adopted a hierarchical management system, it’s perpetuated the myth that bosses and managers high up on the totem pole need to be “tough guys” who have all the answers. Worse, we sometimes think that “leadership” simply means issuing orders and barking at people and telling them what to do. But the truth is that people hate being “managed”—especially by someone who they don’t trust, lacks credibility, and is, well, toxic. As Stack writes:

We've all heard how you have to be an S.O.B. to succeed in business. How you have to step on other people to get results. How it's okay to throw your weight around because it's a tough world and you win through intimidation. It's all a crock. I've worked on the shop floor. Believe me, nobody there wants to hear a guy telling you to bust your butt if he's rolling around in a Mercedes and beating up the people he works with. When you flaunt what you've got, when you intimidate, when you treat people badly, you lose power. I've watched guys like that throughout my life. I've learned it's just matter of time before they get theirs… Being an S.O.B. gets you nowhere.

So, how does your organization plan to beat the Great Quit and win the War for Talent? Click here to learn more about how opening your books and embracing the principles of The Great Game of Business can help your efforts to create a healthy and sustainable culture.

Looking for more on how to increase employee engagement? Join us for our next workshop focusing on Implementation + Strategic Planning. 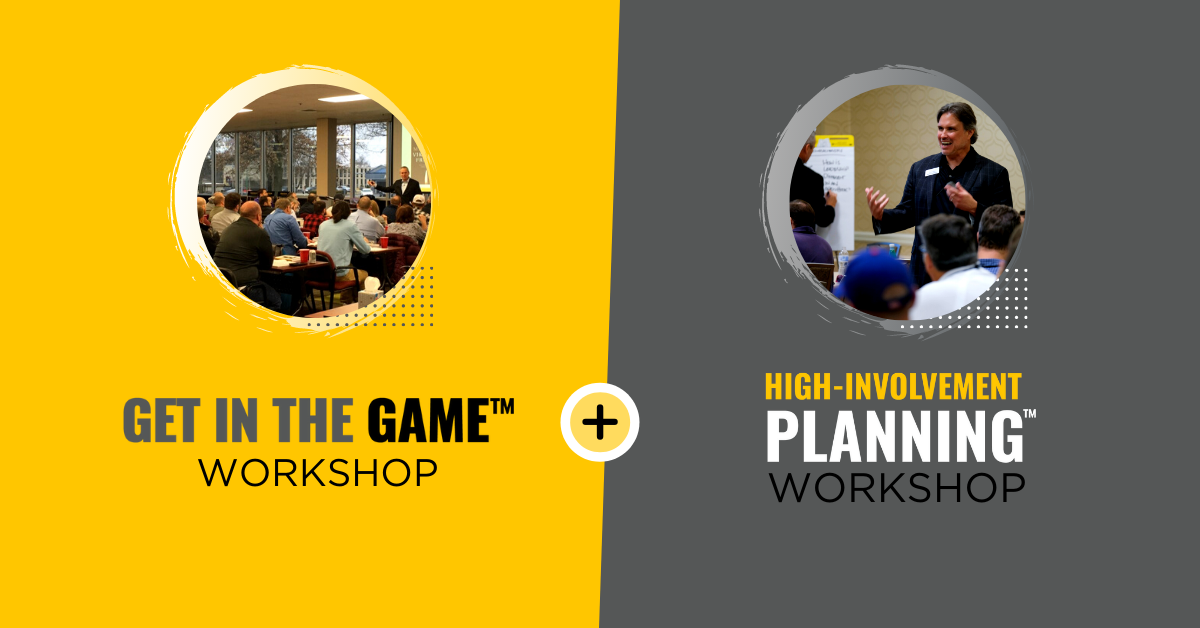