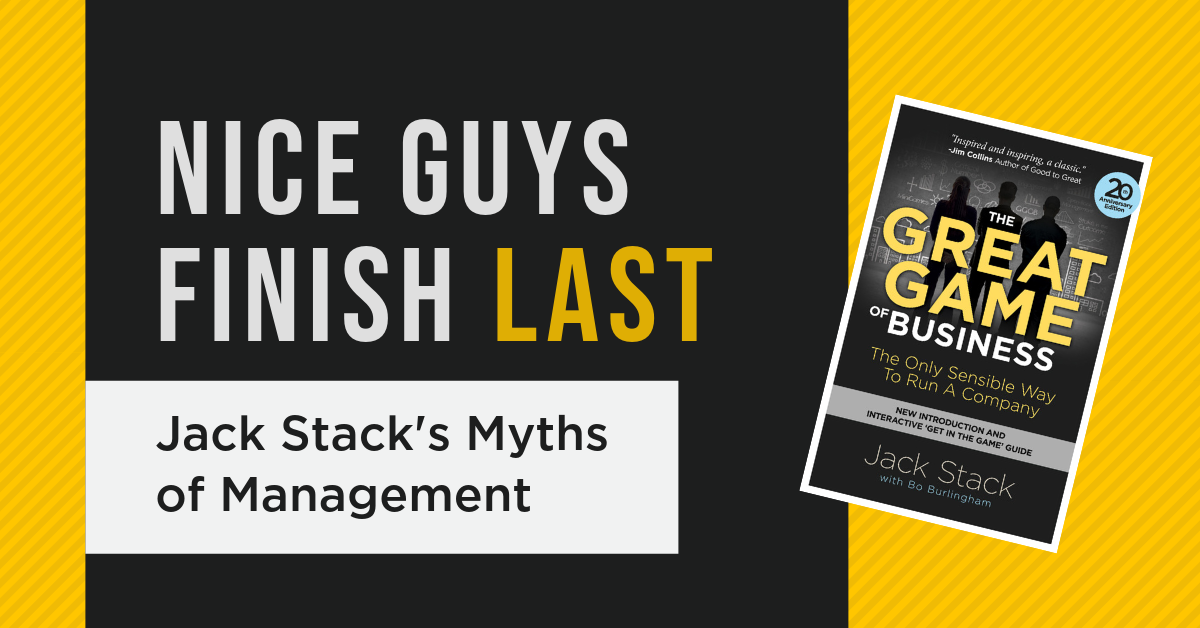 We've all heard how you have to be an S.O.B. to succeed in business. How you have to step on other people to get results. How it's okay to throw your weight around because it's a tough world and you win through intimidation. It's all a crock. I've worked on the shop floor. Believe me, nobody there wants to hear a guy telling you to bust your butt if he's rolling around in a Mercedes and beating up the people he works with. When you flaunt what you've got, when you intimidate, when you treat people badly, you lose power. I've watched guys like that throughout my life. I've learned it's just a matter of time before they get theirs.

But there are enough jerks out there promoting this garbage to keep the myth alive. I think it's one of the reasons so many people hate management, which is a big problem because that keeps good people from becoming managers, and businesses need all the good managers they can get. Moving from a line job into management can be scary. One of your biggest fears is that people won't like you anymore. A lot of workers turn down management jobs because they're afraid of losing their friends. It can be a real identity crisis. They worry that, when you're a manager, you can only associate with other managers.

I had those concerns, too, when I first became a manager, but my reaction was to get angry at the guys who suddenly didn't want to sit around and bullshit with me anymore. The problem wasn't me. I hadn't changed. They were the ones who were different. Their attitude was, "You're the boss, and we can't sit with you anymore." Eventually I got fed up and called them on it. I said, "What is this? You mean, because I have a title, my underwear's different now?" I overcame the problem, and I forced them to overcome it, too. But it wasn't easy.

To tell the truth, it's seldom easy to make that transition from a line job into management. That's another myth: managers have it better than workers. There's a reason you get paid more when you become a manager. You're taking on more responsibility, and you're giving up some of your freedom. You're moving into a glass house. When you become somebody else's boss, everything you do gets scrutinized in a way it isn't when you're on the line. You have to set examples. You have to walk the talk. If you don't, you're going to fail as a manager. Being an S.O.B. gets you nowhere. That's why I get angry at the loudmouths who talk about winning through intimidation. Not only are they dead wrong, but they are promoting one of the most destructive myths in American business.

What makes a good leader? Check out these tools for your leadership and management teams and stay tuned for more on the five Myths of Management.