Overcoming Your Fear of Disclosure: Part I 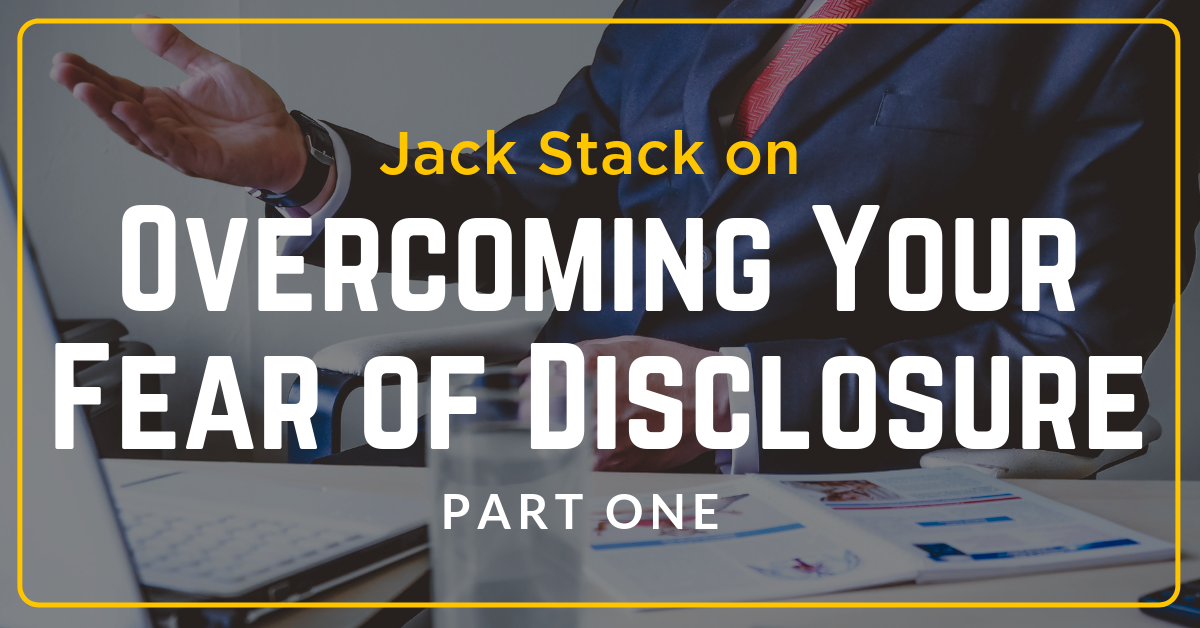 How do you get to the point where you can even think about democratizing the workplace—about being a transparent business that gives people access to the numbers and therewith the means to control their destiny? Not by swallowing your pride and admitting that you don't have all the answers and can't make all the decisions. No, it's by swallowing your fear.

The Great Fear #1 What If Competitors Get Hold of Your Numbers?

The notion of opening up the company's books strikes terror in the hearts of many CEOs, who shudder to think that the numbers might fall into the wrong hands—like their competitors'. I have to admit that, in the beginning, our numbers were so bad it didn't matter whether or not our competitors saw them. Then, as we began teaching people the numbers, we could see our company get stronger, and so we worried less and less about our competitors because they weren't strengthening themselves in the same way.

Imitators never worry me as much as innovators. By sharing the numbers, we were developing something our competitors couldn't match. They could see every single one of our numbers, but unless they adopted our methods, unless they started using their numbers to build morale and motivation, unless they enlisted their own people in the struggle to keep costs down, they weren't going to take us out.

This is not to deny that it's possible to use a company's numbers to compete against it. We try to find out all we can about our competitors' numbers. We always buy stock in any competitor that is publicly traded. You'd be foolish not to. The more knowledge you have about a competitor, the easier it is to decide what course of action you should take in a particular situation—when you should compete, when you should back off, where you might have a particular advantage or weakness.

It's also true that a company, particularly a private one, can hide certain things, although a lot less than most people think. For openers, you can get a lot of information from easily accessible sources, such as Dun & Bradstreet and the other credit bureaus. If you compete in the same arena as another company, you're going to find out a lot about it just by being streetwise. When you lose a quote, you can usually figure out why. If you're getting material from the same sources, your material costs should be the same as your competitor's. That leaves labor and overhead. It doesn't take much to find out another company's labor rates—you ask someone who works there, or the neighbor of someone who works there, or you hire somebody from your competitor's organization. Then you're down to overhead. So let's say we bid $10, and our two competitors bid $9 each. It won't take long for us to figure out where we lost $1.

But the main point is this: in the long run, knowing a competitor's numbers doesn't mean anything unless you are the least-cost producer or have something nobody else has. You have to go back to those two basic principles. Yes, a competitor may use our numbers to underbid us on a particular job, but then he has to deliver, he has to provide quality, he has to stand behind the product. Knowing your competitor's financials is at best a short-term tactical advantage, one that pales alongside the benefits that come from educating your employees about the numbers.

Besides, it's sometimes better to let your competitor get that particular job or account. If it's very complicated, very costly, and if he's really hot to get it, you almost hope he does. In the first place, he may bid so low that he loses money on it. He may also put himself behind in the race for the next job. So you quote high and hope the other guy wins with a very low bid.

Stay tuned to learn more about overcoming the next two fears of disclosure in part II of this series.

Need more GGOB tools? Get your copy of The Great Game of Business and other helpful resources at the Great Game store.