May 13, 2019 by Jack Stack 0 Comments
in Open-Book Management, Transparency 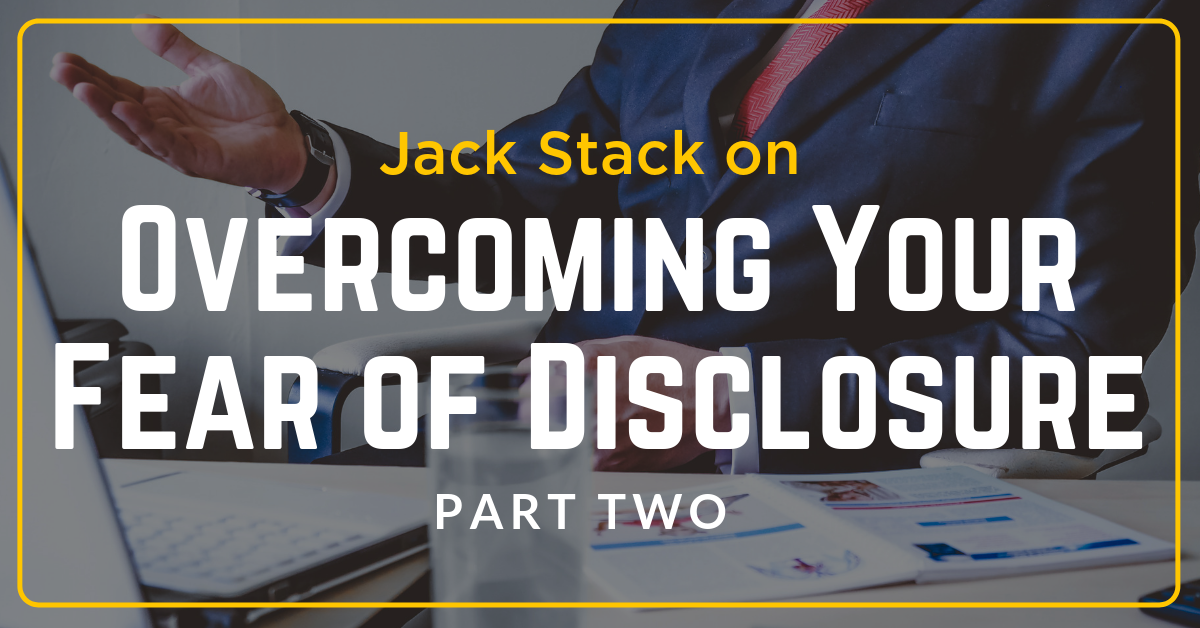 The Great Fear #2 Is It Competitors You Fear—Or Your Own Employees?

Sad to say, a lot of companies hide their financials not because they're afraid of their competitors, but because they're afraid of their employees. They don't think people will understand the numbers, and there's some truth to that. If you don't show employees how to use financial information as a tool to help the company, they might well use it as a weapon against the company. I still think you're better off in the long run being open with financial information. When the numbers are hidden, people make assumptions, and they're often crazy ones. Nine times out of ten, people think a company has a lot more money to spend on wages and salaries than it does. They're trained to think big, and they don't understand business. It's amazing, for example, how many people confuse profit with sales.

So be transparent to your employees, even if you don't go the distance in educating your workforce. You won't eliminate all the suspicions people have about your motives, or their doubts about the way you run the company. You're not going to get rid of the stupid, ignorant remarks people make when they are not taught what the numbers mean. But at least you'll avoid some of the wild assumptions people draw when they have no information about the company's real situation—assumptions that can lead to very destructive behavior.

The Great Fear #3 What Do You Reveal If Your Numbers Are Bad?

The CEO of a screen-printing company came up to me after I had given a speech to a business group in California. "I love your message," he said, "and I love the way you run your business, but I could never let my people see all our company's numbers. They'd leave if they knew how bad we were really doing." I said, "Does that mean you only show them good numbers?" He said, "Yeah, I show them good numbers to keep them motivated." I said, "Do they trust you?" He said, "No."

The truth is that you've got to give people the bad as well as the good. It's the only way to build trust, and you must have trust, if only because you're bound to make mistakes. We made a ton of mistakes during our first year as an independent company. I personally lost our biggest customer within two weeks of the buyout. Then we got into trouble over a large tax liability we had incurred because we didn't understand the tax laws. Next we had to cancel our bonus program midway through the year because it wasn't working. Meanwhile, we were barely meeting payroll.

People accepted our mistakes and forgave us for them mainly, I think, because of the trust we had established during the long period when Harvester was teetering on the brink of bankruptcy and we were trying to buy the factory. Throughout that time, the managers never lost faith, and we asked our people never to lose faith. Under ridicule, under humiliation, under everything you can possibly imagine, we never lost our composure, and we always told people the truth. I think afterward they realized we'd pulled them through a very tough time. So our credibility came more in the face of adversity than in winning.

That's a significant point. Too many CEOs only want to share the good news. It's a combination of the good and the bad that builds credibility. If you continually make the situation look good, it's a fairy tale. Life's not like that. And people know it. Of course, you'll lose credibility just as fast if you constantly make the situation look bad in an effort to resist employees' demands. People know life isn't like that, either. If you want them to believe you, give them the numbers.

Did you catch part one of  this series? Read about the first disclosure fear here.

Need more GGOB tools? Get your copy of The Great Game of Business and other helpful resources at the Great Game store.