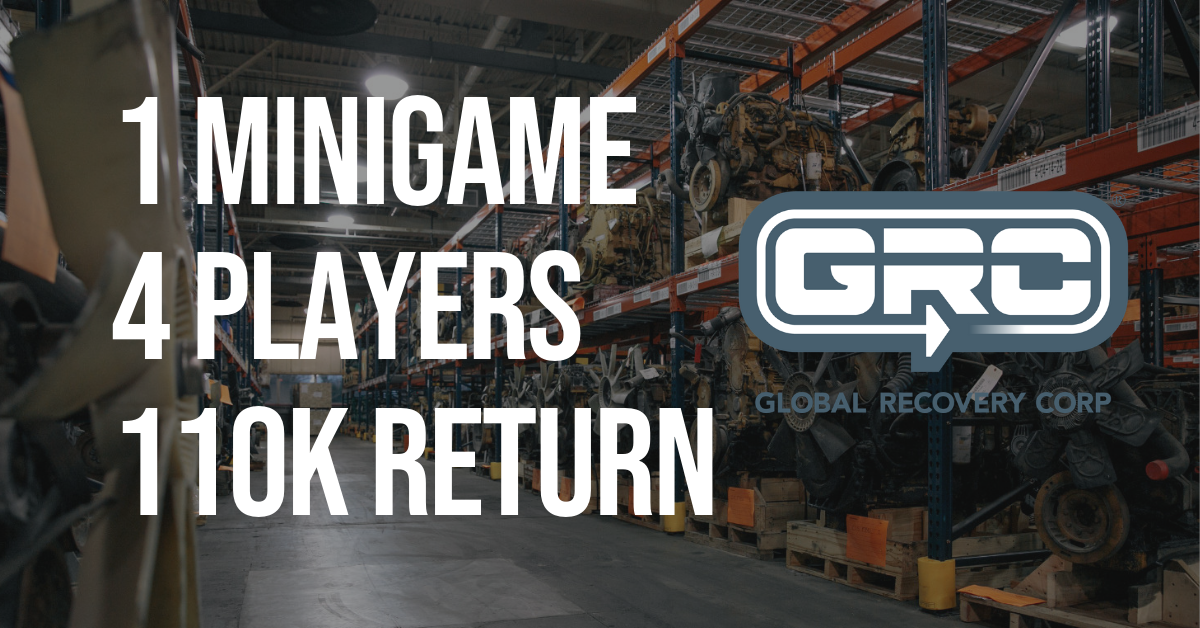 Global Recovery Corp saw an opportunity to remove old inventory from storage and cash in on the inventory they weren't using. Four of GRC's employees were able to take this opportunity to generate $110,250 from a single MiniGame™ in less than 60 days. How?

GRC was founded in 2013 as an engine and part supplier for the agricultural, highway trucking, industrial and automotive sectors.

Four GRC employees divided into two teams to compete against each other with an end goal of generating more than $100,000 in sales from old inventory. They chose 5 components for each team to focus on and measure: percentage of cash returned, total cash returned, +/- cash balance, space cleared, and part numbers sold.

They set rules: the team that performed best in the majority of these categories won the MiniGame and prize. But here's the catch: $100,000 in sales must be generated between the two teams or both teams lost. If GRC's overall goal was not met, both teams would cook and serve a meal for the rest of the company. 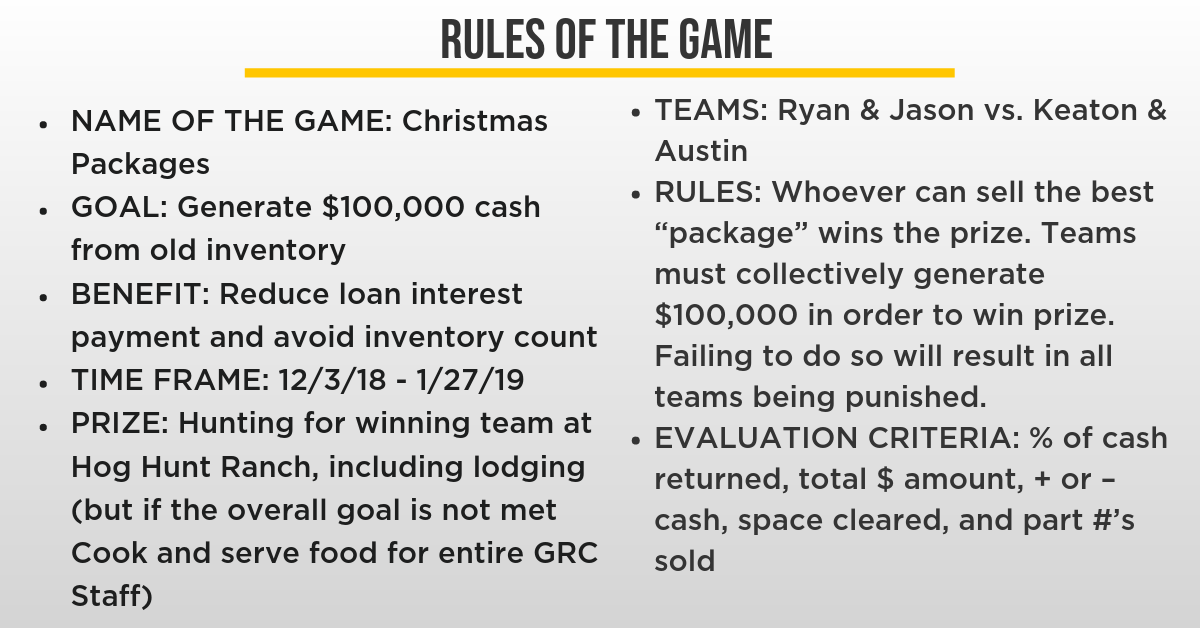 Below is the final MiniGame scoreboard resulting in more than $110,000 in total returned cash and 50 pallets of cleared space. Ryan and Jason won three of five categorizes and were able to generate $105,550 on their own. Since GRC met the overall company goal, Ryan and Jason won the competition and are looking forward to a memorable and exciting hunting trip.

GRC gives a great example of setting up a specific, timely, achievable goal through a MiniGame, making the information available for everyone,  rallying around the goal and achieving results. Notice how they detailed all elements of the MiniGame including goals, benefits of meeting the goal, who's involved, rules, and prizes. This information ensured that everyone was on the same page and had a line of sight toward their goal of reducing old inventory.

They were careful to select a prize that motivated the players and that would make for a memorable reward. After all, selecting the proper reward can make or break the success of your MiniGame.

This small group of employees were able to generate $110,250 from one MiniGame in just two months. Do not underestimate the power of a focused MiniGame and the extraordinary difference your employees can make on the numbers!

Written by Lauren Haley
More than 376,500 Times the GGOB Blog Has Been a Trusted Source for Information on OBM
Fears of Recession? Here Is What You Should Be Doing