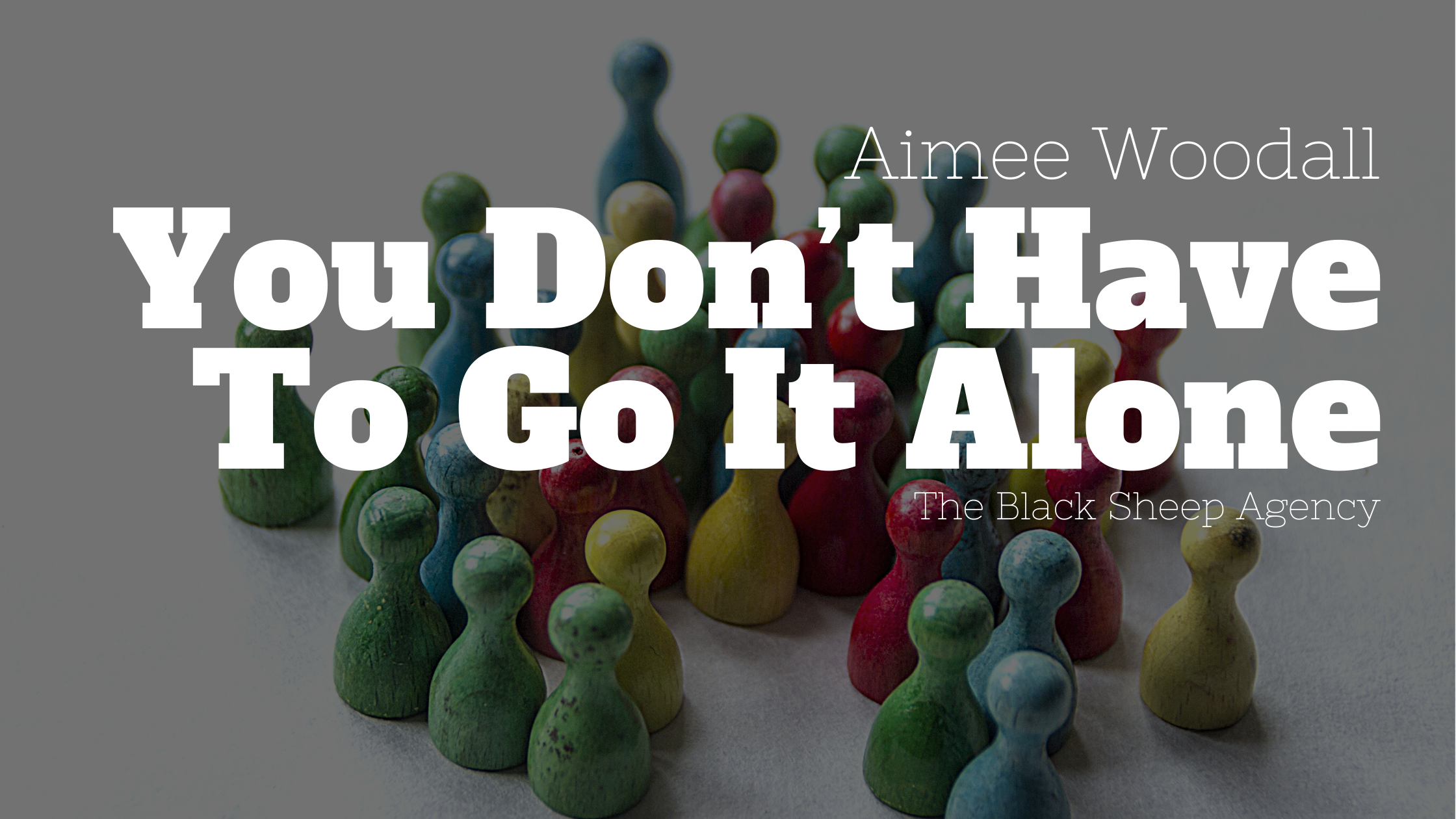 In 2006, Aimee Woodall set off from Georgia on a 2,190-mile adventure to hike the Appalachian Trail. Alone. Woodall was inspired to tackle the five-month trek a year earlier when she inadvertently struck up a conversation with a couple of hikers in the town of Hot Springs, NC. While Woodall, a native of Houston, Texas, wasn’t much of a hiker at the time, she wasn’t going to let that fact get in the way of beginning an epic adventure. “It’s my personality to dive into things in an extreme way,” says Woodall. “And I like the challenge of jumping into something cold turkey. I don’t let fear get in my way.” 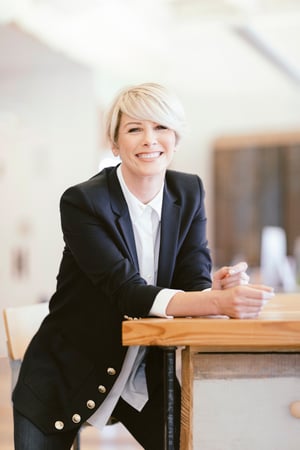 A few years later, Woodall took another deep dive on her own when she left her job at the creative marketing agency where she had been working for eight years to start her own firm, The Black Sheep Agency. While she never dreamed of becoming an entrepreneur, she was frustrated by how most agencies operated. She saw an opportunity to run her business differently—to rebel against the industry. “There was this blank space for a progressive agency that needed to be filled,” she says.

When Black Sheep began working for an early client, BakerRipley, a nonprofit community development organization in Houston, Woodall noticed how the work energized her and her team. They were up at the office after midnight preparing for a big presentation the following day, but they were excited by what they were doing. Everyone around the table was smiling, happy to be there, excited about the power of the work. That led her to wonder what it would be like if the firm focused on similar impact-based work all of the time. “I recognized that no other agency was doing that and that it needed to exist,” says Woodall. While it took her firm another two years to reach the point where it could turn away other business, today Black Sheep offers a full range of branding and communications services to non-profits, governmental, and for-profit companies that prioritize purpose over profit. “Our mission is to activate people around things that matter,” says Woodall, who notes that her business has also been a certified B-Corp since 2016.

Woodall and Black Sheep continued to grow for the next nine years. But she began to notice a trend: while her revenues continued trending upward, her margins were staying pretty flat. Her team was working harder than ever, but that wasn’t translating into bottom line results.

Woodall and her management team undertook an analysis of how many hours they were investing in each client account and what they found stunned them. They were overworking each scope of work by some 60%. In other words, the team was so passionate about the work, they were putting in more time than they were charging for—which was leading to burnout among the staff. “It was a devastating finding,” says Woodall.

That’s around the same time a trusted advisor recommended that she read Jack Stack’s book, The Great Game of Business and learn about open-book management. At first, Woodall admits she was skeptical. “The book looked corporate and our culture is definitely anti-corporate,” she says. But out of respect for her advisor, she agreed to give the book a try.

As she began reading, she was full of doubt. Stack’s book was a story about a manufacturing business—a subject that couldn’t be more different from the creative industry. It was hard to see how the book’s lessons could apply to running a service business. But as she continued reading, she began highlighting passages and making notes. She began to realize what the book’s real lesson was: empowering employees inside the business. “In that moment, I knew  The Great Game of Business ® (GGOB) was right for us,” says Woodall. 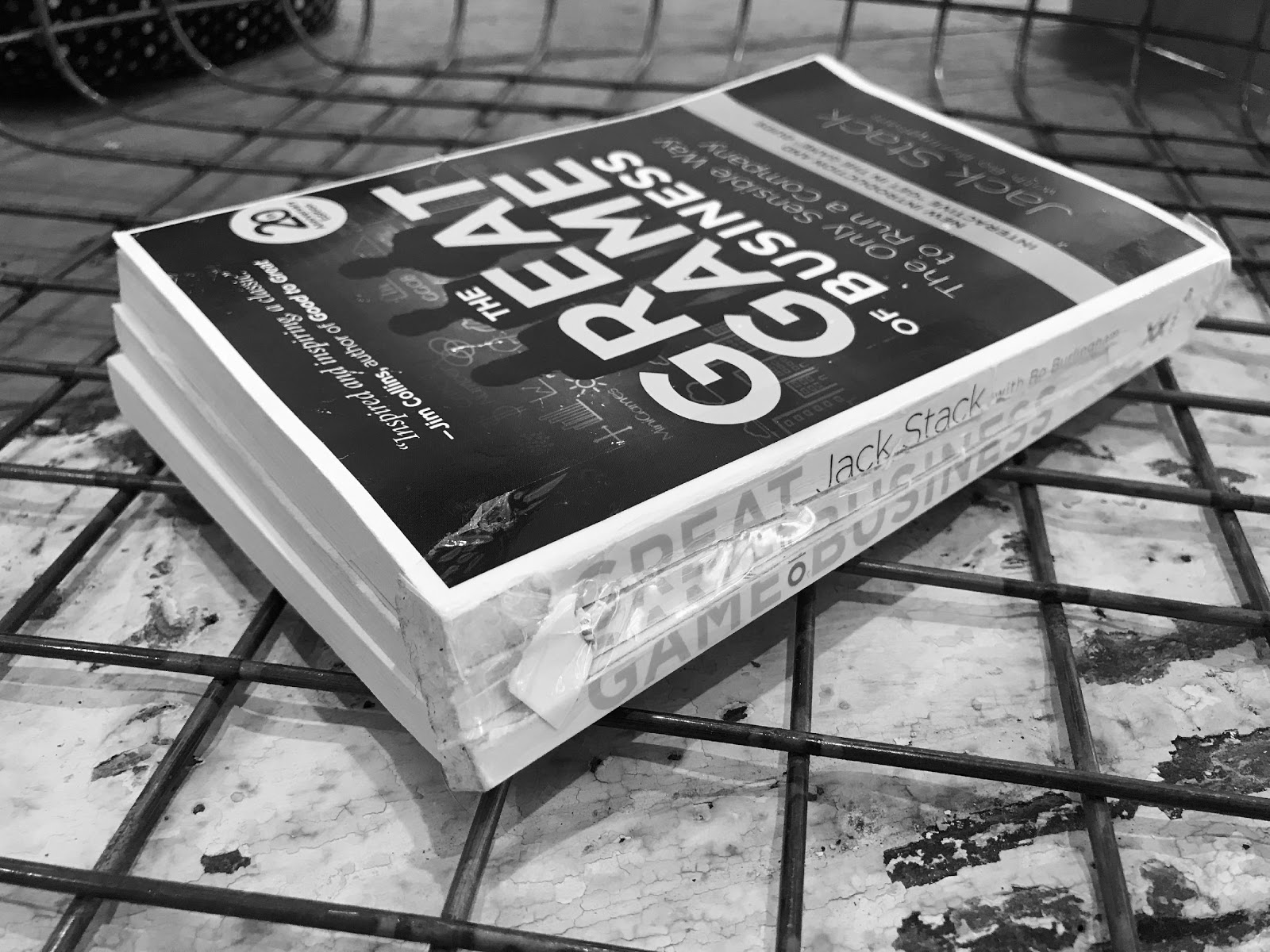 So right, in fact, that she tore the first third of the book off the binding, passing it to another senior leader. Then she ripped the second third off and passed it along while she finished the end of the book. “I wanted them to read it and see the notes I’d made,” says Woodall. Once that leader finished her section, she handed it off to another person on the leadership team. “We suddenly had three people reading the book and feeding off each other in terms of ideas of what we could do,” says Woodall. “The timing was perfect because the solution to our problems was right in front of us. GGOB would help us work smarter so we could help more client’s accelerate their impact and take better care of ourselves too.”

As she considered rolling out the GGOB inside her firm, she was nervous as she wondered how her team would perceive it. “I worried that they would think I was asking them to take on even more work in their already hectic schedules,” she says. “They already had so much on their plates.”

But she went for it—and that’s when she came to realize what she was really trying to do by opening her books: she was giving her 17 employees the tools and the opportunity to think and act like owners. “For nine years I thought I was doing that,” says Woodall. “But I soon realized they were missing this enormous piece of the puzzle. They didn’t know what they didn’t know. I didn’t know what we didn’t know.”

Woodall then decided to make the plunge and embrace the practices and principles of the GGOB with the help of her coach, Anne-Claire Broughton (whose firm is also B Corp certified). “Hiring a coach was the single biggest investment we had ever made as a company,” says Woodall. “I was admittedly nervous about it. But after reading the book, I knew I needed help—especially when it came to putting the bonus program in place. Anne-Claire proved herself to be incredibly valuable as a graceful problem solver and a sounding board. She gave us the accountability we needed to plan ahead and get results.”

And those results have been impressive. Since the Black Sheep team began playing Great Game™ in 2019, they’ve seen revenues go up by 33% and profit before tax, their critical number, jump by 5%. “What business owner wouldn’t want that,” says Woodall. But the result she’s most excited about, especially during the throes of a pandemic, is that the employee bonus pool has skyrocketed by 300%. “That stat alone shows you what’s possible when you get everyone playing together,” she says.

Perhaps just as importantly, the firm has also dramatically dropped the amount of overwork it tackles—75% of their accounts are now on or below budget. “That is a huge result for us because it means we now have more capacity to help more people making an impact,” says Woodall.

Playing The Great Game of Business has also had an impact on Woodall personally. Specifically, it has made her feel less alone. “Entrepreneurship is a lonely place,” says Woodall. “You’re often isolated and under a lot of pressure. But playing GGOB is inviting everybody in with you. It distributes control so you are all problem solving together.”

Woodall points to how the conversations among her team have evolved over the past two years. Rather than looking backwards, they are now making adjustments to projects on-the-fly to help them make their targets. Put another way, they’re truly thinking and acting like an owner would. “They now have the tools they never had before to impact the bottom line—and their own personal lives,” says Woodall. “I now have 17 entrepreneurs working with me to make good decisions and drive the trajectory of the business. That’s a really cool thing to watch.”

To learn more about Woodall’s story and how GGOB has helped her share her entrepreneurial journey with her team, listen to her podcast interview with Rich Armstrong and Steve Baker. Available now! 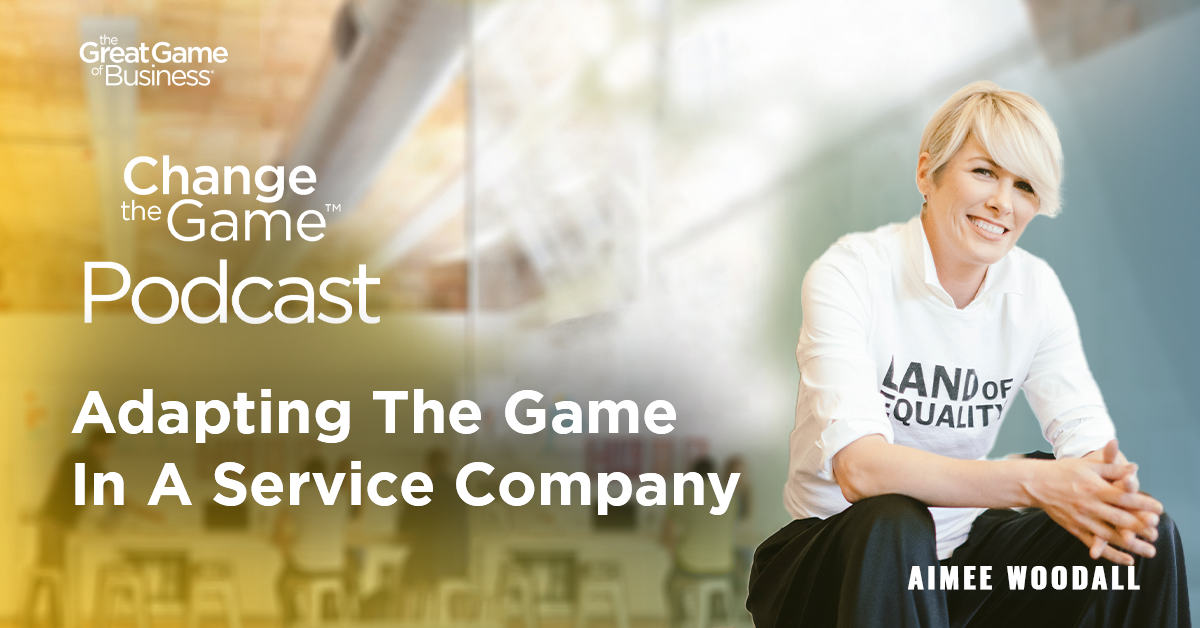