Vulnerability and the Great Game of Business

Many of you have probably heard of Brené Brown. You may have read her books like The Gifts of Imperfection, Daring Greatly, or her newest release, Dare to Lead. Or, you may have heard her famous Ted Talk, “The Power of Vulnerability,” which has scored over 35 million views. If you are not familiar with her work, Brown is a social scientist who studies the concept of shame and vulnerability and how they shape us as human beings and as leaders. She found that those who embrace their weaknesses and let themselves be shown are the ones who live the most fulfilled lives.  But what does vulnerability have to do with Great Game® and open-book management?

How Vulnerability and GGOB Go Hand in Hand

I was first introduced to Brown’s talk back in 2014 when Kiolbassa Smoked Meats was first implementing the Great Game of Business. After reading Jack and Bo’s book, I realized that GGOB is a commonsense way to run a company. That is, through financial transparency, teaching people business, and giving the team some skin in the game. However, I also realized that this takes a serious dose of vulnerability from the owners and senior management. As my father, Michael Kiolbassa, puts it, “Showing your financials is like dropping your pants.”

What was the first emotion you experienced when your company showed you their financial statements? Some experienced fear of losing their jobs or joy because the company was in good financial health. However, most will say they felt like they could trust their company because leadership was willing to be vulnerable with them. When company leadership shows authenticity and transparency, employees are willing to be vulnerable in return. It’s a two-way street. That’s why the Great Game of Business system is the perfect environment for fostering vulnerability.

I believe people make themselves the most vulnerable during the weekly Huddle. Think about it - this is the one time in the week where everyone is exposing themselves to the entire company. All their peers are in the room waiting to hear their explanation or reasoning behind the numbers and forecast. You also see it when people ask questions about the numbers or even about their own forecasting.

Here's a personal example: About a year ago, I was put on the spot by Steve Baker who asked me why I was forecasting plan for January’s training line. At first, I thought, “January is two months from now, surely we should just call plan for it.”  Steve replied, “Even though it’s two months from now, you should always have a reason or story for calling plan. Because people will ask you questions about it in the next few months; you want to have a story behind that forecast.”

I could have felt sorry for myself for getting called out, but I decided to take this chance to learn and grow. I knew Steve wasn’t trying to call me out to be ugly, but rather use that opportunity to teach me the importance of forecasting accurately.

How to Encourage Vulnerability and Continuous Improvement

One of our core values at Kiolbassa Smoked Meats is “Continuous Improvement.” The Kiolbassa team focuses on normalizing discomfort by embracing opportunities, daring greatly, and learning from mistakes. One thing I will always remember my father telling me is, “You can make a $100,000 mistake, but if your values aren’t aligned with ours, you are not going to last.”

You must encourage questions. This can be tough. Even in academics, students are sometimes reluctant to openly ask questions. The workplace is even worse. People hate asking questions because it reveals the fact that they don’t know something. It’s uncomfortable. It exposes your weaknesses. However, you, as a boss and leader, can foster this by inspiring questions in the Huddle through an incentive or by just creating a comfortable environment. In other words, create a culture of normalizing discomfort.

If you really want to create a culture of creativity and innovation encourage vulnerability. You can't really be innovative without errors and shortcomings. Theodore Roosevelt said it in his famous “Man in the Arena” speech:

“It is not the critic who counts; not the man who points out how the strong man stumbles, or where the doer of deeds could have done them better. The credit belongs to the man who is actually in the arena, whose face is marred by dust and sweat and blood; who strives valiantly; who errs, who comes short again and again, because there is no effort without error and shortcoming; but who does actually strive to do the deeds; who knows great enthusiasms, the great devotions; who spends himself in a worthy cause; who at best knows in the end the triumph of high achievement, and who at the worst, if he fails, at least he fails while daring greatly, so that his place shall never be with those cold and timid souls who neither know victory nor defeat.”
--- “The Man in the Arena” Theodore Roosevelt, 1910

Never forget, if your peers are criticizing you for sharing your financials and telling you're not running your business right...just remember they're clearly not in the same arena as you.

Want to learn more about how the Great Game could fit into your organization? Take advantage of your complimentary 30-minute coaching call. 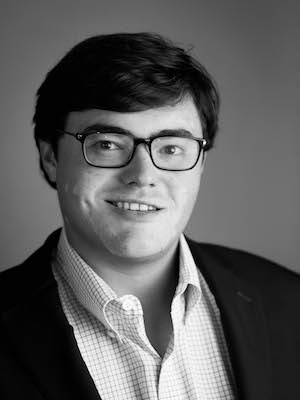 Written by Rusty Kiolbassa
More than 376,500 Times the GGOB Blog Has Been a Trusted Source for Information on OBM
5 Methods CEOs Can Use To Combat Inflation