Could You Use a Win?

Could you use a win?

The last few years have left many small businesses battered and bloodied, just hoping to cover the next payroll.

Is it getting better? If you’re the one in dire straits it probably doesn’t seem like things are improving.

Your team feels it, too. Cut-backs and pay freezes aren’t fun for anyone.

Maybe you’ve cut expenses to the bone, lost some key customers and generally hunkered down. If so, you and your people may have forgotten what it felt like to win.

Let’s remedy that right now. Here’s a formula for – as Austin Powers would say – getting your mojo back.

First, let’s get our heads screwed on straight: We’re not interested in hoping for a win or waiting for a win.

We’re going to create a win.

At Great Game of Business, we have something we call MiniGames™, but you can call them whatever you want. They’re small-scale incentive plans designed to fix a problem or pursue an opportunity.

Let’s say that your general goal is to increase sales. Choose a specific target that is high enough to do some good but also very achievable. (After you’ve done this a few times, you can get more ambitious and set higher targets but this first time, keep it easy. We’re creating a win with MiniGames for you and your team, so make darn sure you win the first one!) For our example, we’ll shoot for gaining 10 new customers, and our timeframe will be 90 days.

The timeframe is important. Too short, and it’s over almost before it starts. Too long and people lose interest. Two to six months usually works well.

Next, who’s involved? For a bigger company, it might be just one department. For a smaller business, it can be everyone. Let’s say you’re small and all are in the game.

Have someone creative design a scoreboard to keep track of progress and maintaining excitement. Consider adopting a theme from a TV show, a sport or anything that interests your team.

Finally – the reward. I recommend something fun instead of cash. Remember, we’re helping your people accomplish something important for the company while regaining the winning feeling. How about the boss barbecuing for the team or washing their cars? A movie day at work, complete with popcorn? Maybe the boss shaves his (or her!) head. An extra day off? A well-chosen, creative and fun reward will be remembered long after a cash payment has been spent.

Create your scoreboard and you’re off and running. Keep the scoreboard updated and be sure to celebrate even the smallest win.

When you hit your target, follow through on the reward. High-fives all around. Take photos. Make sure everyone involved feels like a winner.

Get this first win under your belt, then set your sights on a new target and do it again. And again. 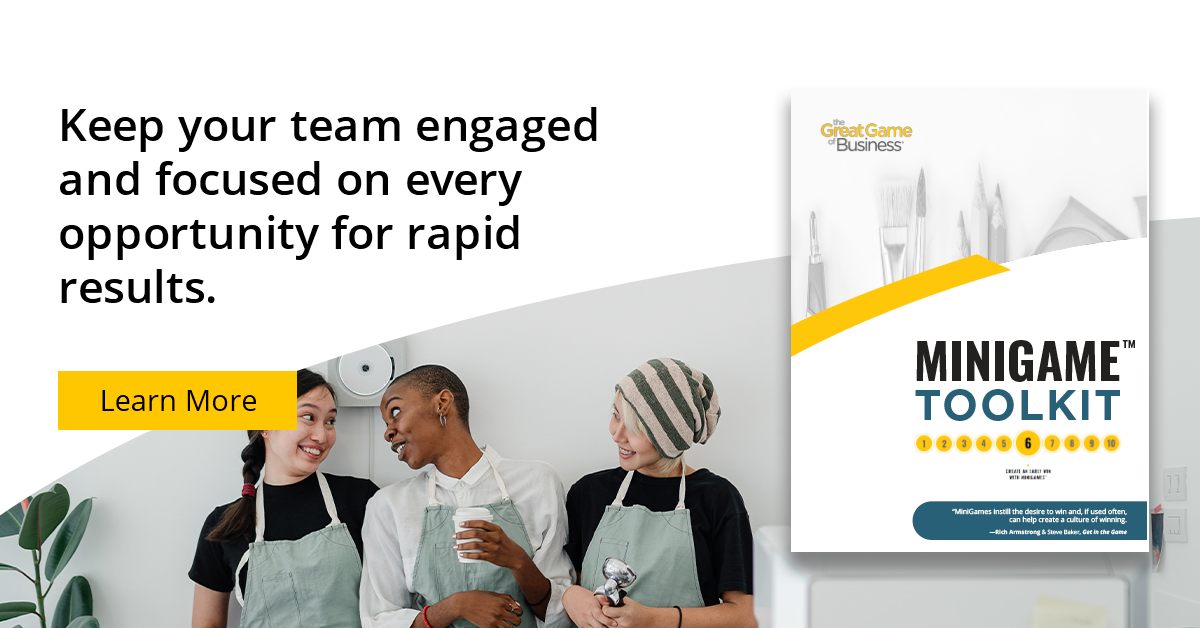 Bill Collier is the author of “How to Succeed as a Small Business Owner … and Still Have a Life”. He helps businesses improve their financial results by teaching employees to think and act like owners.