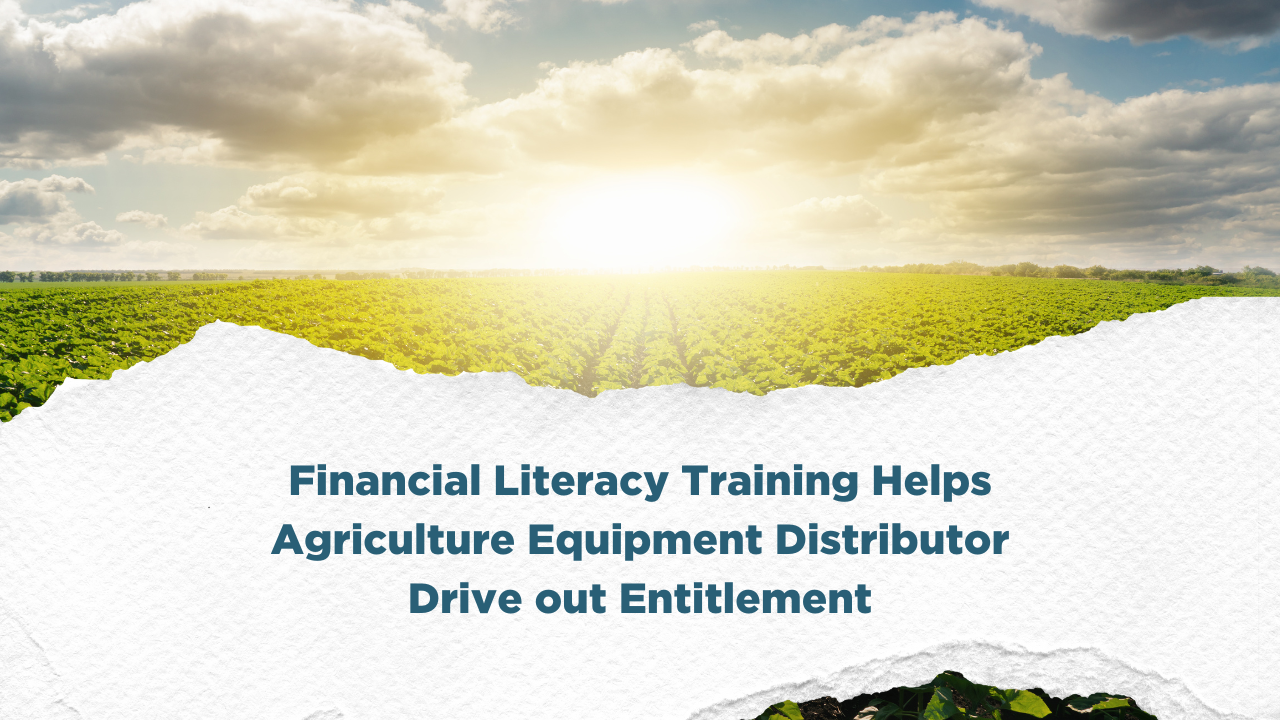 Jenner Sales Corp., now in its 53rd year of business, is the Case IH Agriculture Application Equipment Distributor for the states of Illinois and Indiana.

Jenner Sales Corp. was a profitable company prior to its launch of the GGOB. However, the company’s profit sharing program had started to feel, to ownership, more like an employee expectation than an earned reward. It seemed employees really didn’t understand how the company arrived at the pool of money and what employees needed to contribute to earn their share of it. Therefore, ownership believed that if employees at the front line understood how the business made profits as well as the fact that more profit would be available for sharing if they helped grow the amount, they’d want to win together.

Steve Jones, the CEO of Jenner Sales, has long believed in the power of sharing information. But he had stuck mainly to sharing just sales figures – never the balance sheet or income statement, especially with his frontline workers.

But since the company was doing well overall, Jones was always happy to share the rewards with his 69 associates. Yet, as Jones noticed flattening profits, he also felt a continued expectation from the team for the same reward level.

It was actually an encounter with one of his associates back in 2009 that really opened his eyes. “He came up to me and told me that the company made $37 million for the year,” says Jones. “But that was revenue, not profit. It blew me away that an employee didn’t have the understanding to know the difference. I began to realize that our employees needed to know the numbers if we wanted to keep them engaged.”

Tapping his connections to SRC Holdings, Jones turned to the GGOB for a solution.

After a soft start in 2011, the Jenner team began to play the Game in earnest in 2012 and the results have been impressive. “The game motivates the associates on the front lines to stay engaged by laying out what they need to accomplish to meet both their individual goals and the company’s,” says Jones.

Everyone at Jenner Sales Corp. actively participates in their company financial literacy “boot camp.” The team is also proud of its use of scorecards, which now encompass both Following the Action and Keeping Score, and also includes front-line roll-up of two-month projections from the field that have consistently become more accurate as associates learn more about how the numbers come about.

“We have pushed our critical number – sales – to new levels each and every quarter by knowing what was ahead of us,” says Clint Hohenstein, Jenner’s CFO, “and what needed to happen to accomplish that goal.”

The Jenner team has also implemented a relatively unique performance monitor for its associates tied to personal accountability. Each associate is given the assignment of choosing a metric tied to how well they are doing their job. Each individual’s progress related to that metric is tracked through a “Performance Point” scoreboard that is updated weekly. Setting goals in terms of Performance Points is not only part of the financial literacy training regimen, it is also tied to the cash portion of Jenner’s Stake in the Outcome bonus program.

The associates at Jenner have also been enthusiastic adopters of a variety of MiniGames – “We play them on steroids,” says Jones – that include multiple themes like Survivor, poker or Rock Band. The associates even create their own videos as a way to explain the rules of the MiniGame to everyone in the company. Those games have since had a significant impact on the bottom line as the associates have become more aware of the different expenses attached to the business and how even a $50 a month savings can add up in a big way over the long run.

“I can say that from where I sit it’s been a painful and challenging journey to get where we are today,” says Jones. “But I am now as free as I have ever been.”