The Original Doubter of Open-Book Management

Oct 13, 2020 by Excerpt from The Great Game of Business Book 2 Comments
in Employee Ownership 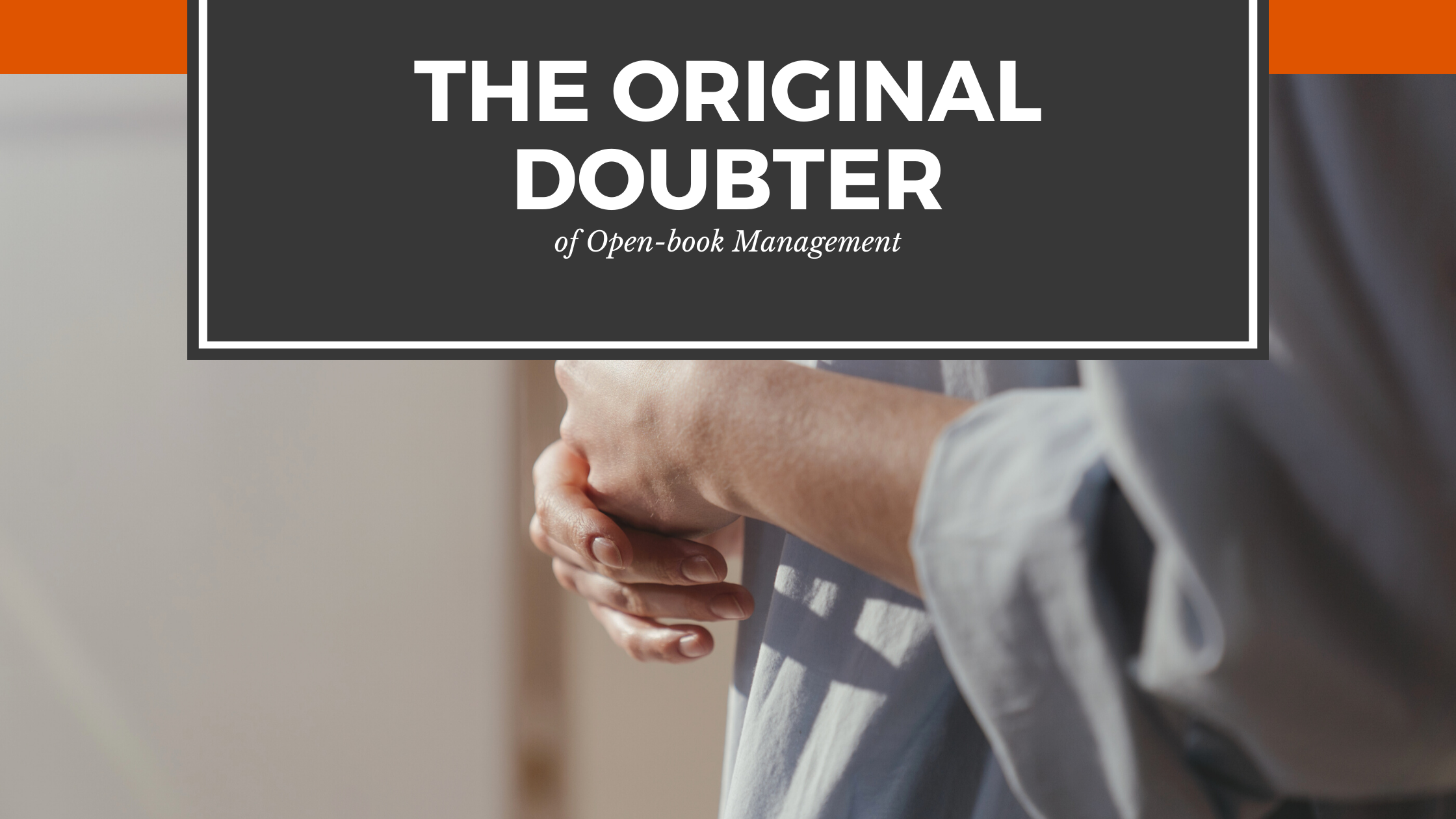 Does it really work or is it just a bunch of hype?

Boy, I wish we had a dollar for every time someone has asked us that question. I wish we had five dollars for every answer we've given. Let's see— that would be a debit to "cash" and a credit to "other income." Overhead, labor absorption, and materials would be unaffected, so we have raw profit going straight to the bottom line. Wonderful!!! Our stock value would be enhanced and our jobs secure. See, you're already playing The Game and you've hardly begun the book.

If you're skeptical about The Great Game of Business®, welcome to the club. I myself was one of the biggest disbelievers in the beginning. There is a story in the book, The Great Game of Business: The Only Sensible Way to Run a Company, about an hourly worker, a young lady, whose introduction to The Game resulted in the elimination of her job as well as the demise of a product line. That young lady was me, Denise Bredfelt, former Director of Research and Transmission Rebuilder for SRC, and I have been known to be less than quiet and mild-mannered when things don't go the way I want. If you think SRC didn't have their hands full teaching me The Game, think again!

Is it hype? As a converted disbeliever who has played The Game from hourly to managerial ranks over the years, it's hype to the point to get you interested. After that, IT REALLY WORKS!

In fact,  The Game touches everyone in a different way. There are many stories at SRC about what changed the disbelievers into believers, one by one. It would be difficult to find two people who were swayed by the same circumstances, And yet, overall, The Game serves to unite us as a corporation, sometimes against foes many times larger, allowing us to survive in this wild economy. At the same time, The Game gives us the means to challenge ourselves internally and create friendly competitions between departments. Along the way, we even have fun, and there is laughter in the halls.

What does it take to play?

Find out what it takes to build a culture of ownership and see that even SRC itself had its fair share of doubters:

Written by Excerpt from The Great Game of Business Book
More than 376,500 Times the GGOB Blog Has Been a Trusted Source for Information on OBM
Take Advantage of Slowing Business Activity