Is the American Dream About to Die? 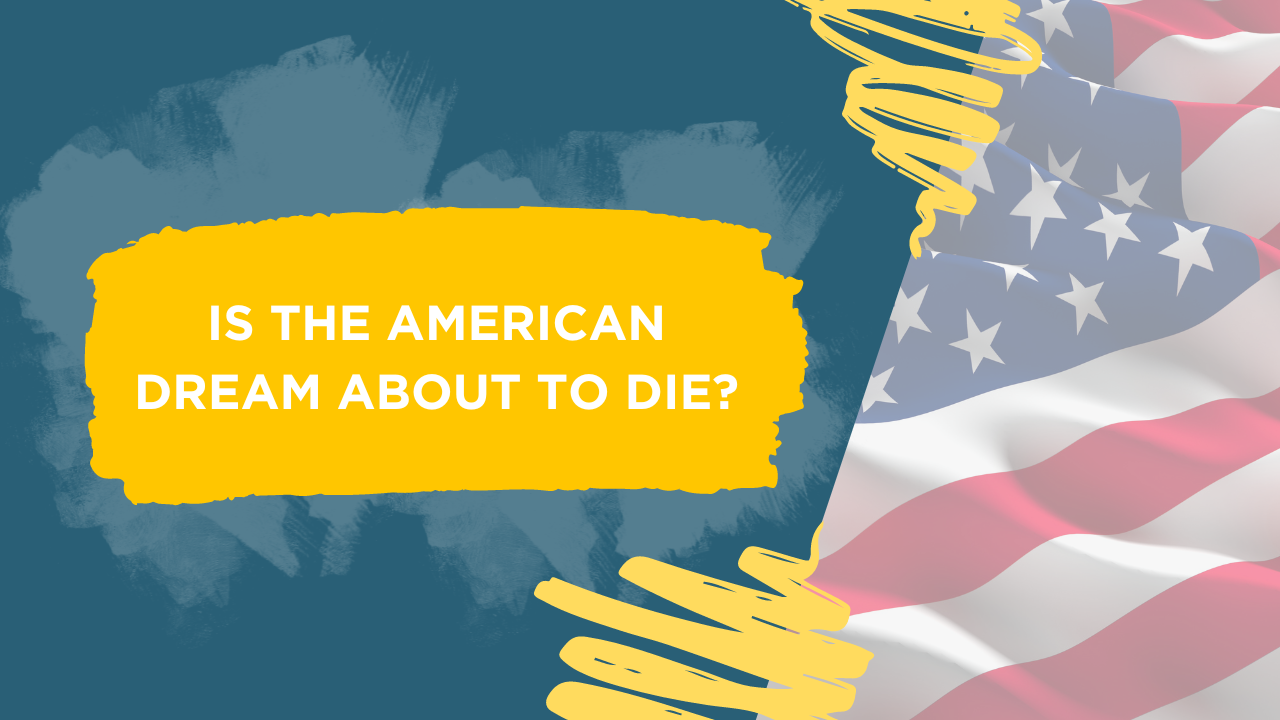 Rethinking the Debate Over the 99-to-1

I hold a staff meeting every week here at SRC. We go over the financials of the company and anything else of material significance. This is a critical part of how we communicate to our associates. It keeps a constant flow of information coming and going. You always hear a lot of companies talking about their “communication problems.” Well, I think the problem is that we don’t give people enough information to communicate.

Our last meeting came after President Obama’s State of the Union speech. If you watched the speech, you know what the major theme was: the economic disparity plaguing the country today.

I’ll admit that I didn’t think much of the speech. In fact, I’m really tired of hearing about the “99-to-1” problem facing our country. I agree there is a growing problem of the “haves” and the “have-nots,” but I’m frustrated that nobody is talking about how to fix it.

With this being a very current topic, I decided to talk about it in our staff meeting. We opened up a discussion about it where we tried to avoid using any of the political jargon or taking anyone’s side.

There were a lot of financially astute leaders in that room. We got great questions and perspectives on things. What follows are some of the highlights of our discussion.

We tried to define what the “99” and the “1” really meant. We had mixed opinions. Some were talking about the “income earners” while others were talking about “wealth accumulators.” There’s a big difference between the two and I think it tripped a lot of us up. I can see why politicians are confused.

I think a lot of us fall into a trap of focusing on salaries instead of income, such as money earned as wages, as opposed to wealth, which is accumulated capital in the form of money in the bank or held in company stock. Mitt Romney, for instance, pays a lower tax rate on the business income he earns – the profits and dividends – from his accumulated wealth. So while everyone gets worked up about how much he paid in taxes, they’ve overlooked the key concept: how did he accumulate all that wealth? That’s where we should begin looking for answers of how to level the economic playing field.

When you really look at the numbers, I think you’ll find that the top 20% of the people control 85% of the wealth. The bottom 40%, on the other hand, control a minuscule 3/10 of 1% of the wealth. That’s a massive gap. So how did that 20% accumulate so much wealth? I think the vast majority of the cases would show that people became wealthy because of business income.

I hope you noticed that I said business income and not wages. I would contend that we as a country have focused more on wages than on business income over the past century. By paying attention to wages over patient long-term capital as in equity, the owners of capital experienced the true engine of wealth creation. Sadly, by focusing on keeping wages high rather than at competitive rates, we forced business owners, who are accountable to their stakeholders, to move those jobs someplace else, where wages were significantly cheaper. While we lost jobs in the U.S., business owners kept their equity and business income, which increased the domestic wealth gap.

Again, the big question is how do we go about shrinking this gap? We just recently became a 100% employee-owned company. That means that every associate in the company now has what we call a Stake in the Outcome or, more plainly, an equity stake in the company just like Mitt Romney had in Bain Capital. But to get there, we had to take on debt to pay off the company’s original shareholders.

Here’s how the math plays out. Since our associates own the company, they theoretically could pay themselves whatever they wanted. Raises for everyone! Or, they could continue paying themselves competitive wages and focus on paying down the debt on the books to convert toward greater wealth for everyone in the company. Under our current stock appraisal, for every $1 million we pay down in debt, the share price of the company will go up $1 until the original shareholder debt is completely paid off, assuming steady earnings from one year to another. Obviously if earnings continue to rise, so does the value of the associates’ shares.

In other words, they can turn that debt into equity, which is their share of the wealth of the company. This is a straightforward example of how we can convert risk (in this case, debt) into ownership. But rather than a single person taking on that risk like we see in most companies, it’s a shared mission for everyone who works at SRC.

This is a lesson in the literacy of the language of business that we teach every one of our associates through The Great Game of Business. Employee ownership is also, I believe, a way that we as a country can take a proactive approach to closing that wealth gap we’re looking at.

Focusing on raising wages isn’t the answer. Nor is it about taxes and giving the government the power and responsibility to redistribute wealth. It’s not about increasing the minimum wage – it’s about teaching everyone how the “haves” made it. This is one of the most significant challenges of our time.

We have to be careful here because I think we’re putting the American Dream at risk. Why would anyone gamble by climbing a slippery and difficult ladder when, if they do succeed, everything they gain will be redistributed anyway? The reward is what makes the climb worthwhile. But now it’s almost like we’re trying to hold down the climbers and I’m not sure how that makes any sense.

Shouldn’t we all want to be climbing the ladder rather than pulling down those that want to try? Isn’t that what the American Dream is all about?

As you can imagine, this topic provoked an interesting debate in our staff meeting. Now I’d like to know what you think. What kind of critical number can we come up with as a society that would help shrink the wealth gap without taking anything from anyone? How can we get everyone, including folks like teachers and firemen, to participate in finding that balance between creation and distribution of wealth? What kind of incentive program can we create that gives everyone a chance to grab the brass ring?