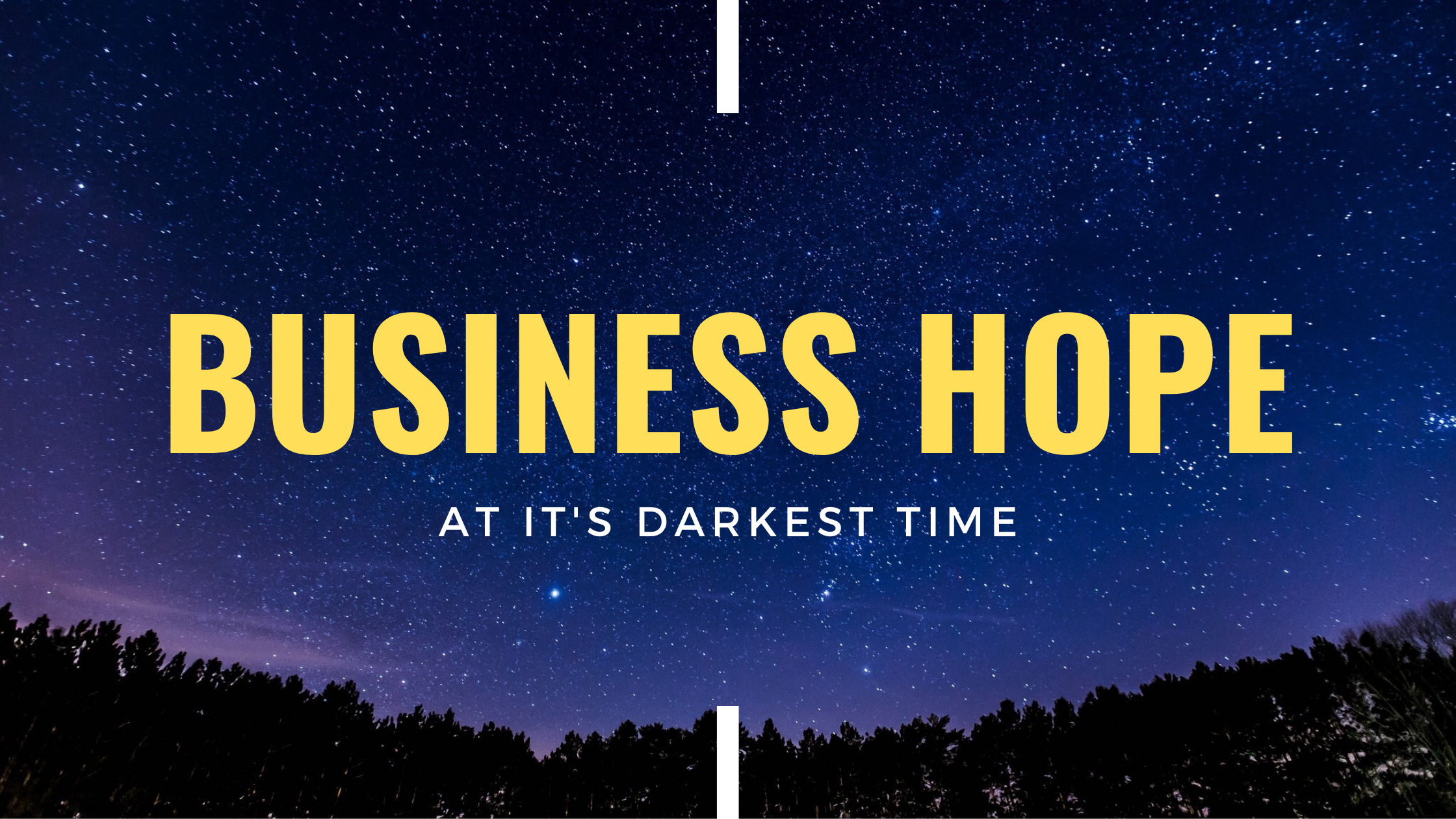 Back in mid-March 2020, Chris Hurley, the co-owner and CEO of Russell & Abbott Heating and Cooling in Maryville, TN, was in a dark place. The COVID-19 pandemic had begun its rampage and the country was beginning to shut down in response.

Hurley, who, along with three former co-workers, had bought an HVAC service business back in 2012, was glued to his computer day and night searching for the latest news about what was happening with the virus. He was worried—especially about what was at stake for his 22 employees. It was quite a change from the mood in the office just a few days earlier, when the first headlines about the coronavirus appeared. 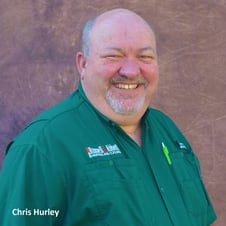 “I remember it was a Friday and we were all joking about it during a team meeting,” says Hurley. “We then all went to my house after work and had a few Corona beers to make light of things. We had no idea how serious it was. By that next Monday morning, just 72 hours later, the world had changed.”

What made that time even darker for Hurley was that he and his wife had ended their more than 34-year marriage just a few weeks earlier.

“I never felt more alone in the world than during those first two weeks of March,” says Hurley. “I had lost my confidant and no matter what I read or listened to, no one knew what to do. I didn’t either.”

Then a ray of hope showed up in his inbox. It was an email from The Great Game of Business® announcing an upcoming podcast featuring a conversation with Jack Stack. It couldn’t have come at a better time.

Years earlier, before Hurley bought his business in 2012, he was the general manager of a division inside a corporate conglomerate. “They gave me a fancy title,” he says, “But I didn’t know the numbers—or what was going on.” That’s why it came as a complete surprise when the IRS showed up one day and shut the business down. “I was in shock,” says Hurley. “I had just gotten a bonus, so I thought everything was going great. But when I asked my boss about it, he admitted that he had borrowed money to pay out the bonus.”

A couple of months later, Hurley and three of his colleagues were offered the chance to buy the bankrupt business. They jumped at the opportunity. “I was 51 at the time and I was hoping that buying this small business would mean I would never have to hunt for another job,” says Hurley.

At first, Hurley and his colleagues worked out of their homes. But as the business grew, they added more associates—which also created new challenges.

“I started looking for ways to engage our team and teach them to understand what makes a business like ours tick,” says Hurley. “I wanted everyone to understand why I made a certain decision so that they wouldn’t think I was crazy for saying the things I said. If we had a comprehensive way to explain a balance sheet and a P&L, it would empower people to better understand how we could do things better. Transparency is not a bad thing.”

It was a Google search that led Hurley to The Great Game of Business. He ordered a copy of Jack Stack’s book and, after reading it twice, registered to attend a Great Game™ workshop sponsored by New Belgium Brewing in nearby Asheville, NC.

“I came back from that workshop committed to playing the Great Game inside our business,” says Hurley.

The team actually got off to a bumpy start—a few people left the business after Hurley opened up his books. “Most people thought I was crazy when they realized I wasn’t rich and pocketing all the money,” says Hurley, who also attended the Great Game Annual Conference in Dallas later that year.

The good news was that the team made great progress in learning their business. “We now talk about Critical Numbers as part of our daily vocabulary,” says Hurley. “Our scoreboards allow us to quickly and efficiently communicate our numbers.”

And based on the numbers, everything was tracking well for a record year in 2020—and then the pandemic hit. And that’s when being part of the Great Game family really paid off.

In March 2020, Hurley tuned in to watch Jack Stack’s interview with Rich Armstrong and Steve Baker. He listened as Jack outlined how he was taking fear out of his own workplace by explaining to his associates how much cash they had, as well as what their available credit was and how much they could borrow. Hurley also remembers Stack explaining how his team was even looking further out at their long-term plans and opportunities. It was inspirational.

“All of a sudden I went from, ‘Life sucks and I don’t know what to do to keep the doors of the business open in the middle of a pandemic’ to, ‘I need to talk to my team about what we can do now,’” says Hurley, who also found himself comforting the spouses of his employees who worried if the company was going to stay open or lay anyone off.

A day or two later, Hurley brought his team together and mapped out the state of the business on a white board. He admits there was a lot of fear and apprehension at first. He then mapped out where things stood that day—and where things were headed. “We came to the realization that when the pandemic peaked, it would be right in the middle of our busy season,” says Hurley. “So, we shifted our conversation to the question of what we could do to prepare for that. We said: let’s use our God-given gifts and make some lemonade.”

As the team talked, they recognized that many of their competitors were closing down as a result of the pandemic. But if people’s heat and air failed, they still needed someone to call. The conversation then shifted to the idea of how they could begin to make investments in hiring people and buying trucks to help them gain market share. “We bought three trucks and started advertising for people,” says Hurley. “It turns out when you’re open book and communicate, good people want to work for you.” 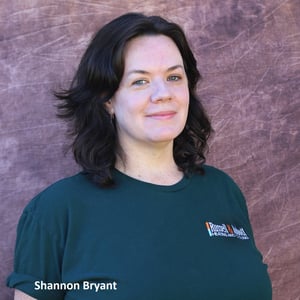 One of the new hires Hurley made was Shannon Bryant, who joined in June as the company’s new marketing manager. “I’ve never worked for a company that does open books like this company does,” she says. “While I have done budgeting before, numbers aren’t really my forte. But it is so refreshing to see the veil pulled off and to know where all the money goes. It’s a level of transparency I’ve never experienced before. Everyone knows what’s going on. There’s no grumbling.”

Bryant says that the impact of transparency really hit home during her first management meeting. “I remember Chris saying that the money this business earned supported 67 people, from spouses and children to grandparents,” she says. “He knew those numbers off the top of his head. I’ve never heard that from any other boss.”

As Russell & Abbott moves ahead into 2021, Hurley is hopeful about the future—in large part thanks to the confidence and knowledge of their business that playing the Great Game has given him and his team. “We wouldn’t be here today if we hadn’t opened our books and embraced the kind of transparency and communication we learned from the Great Game,” says Hurley. “The year isn’t over yet, and we’re still not out of the woods when it comes to the pandemic, but, as a team, we’ve locked elbows and are moving forward together.” 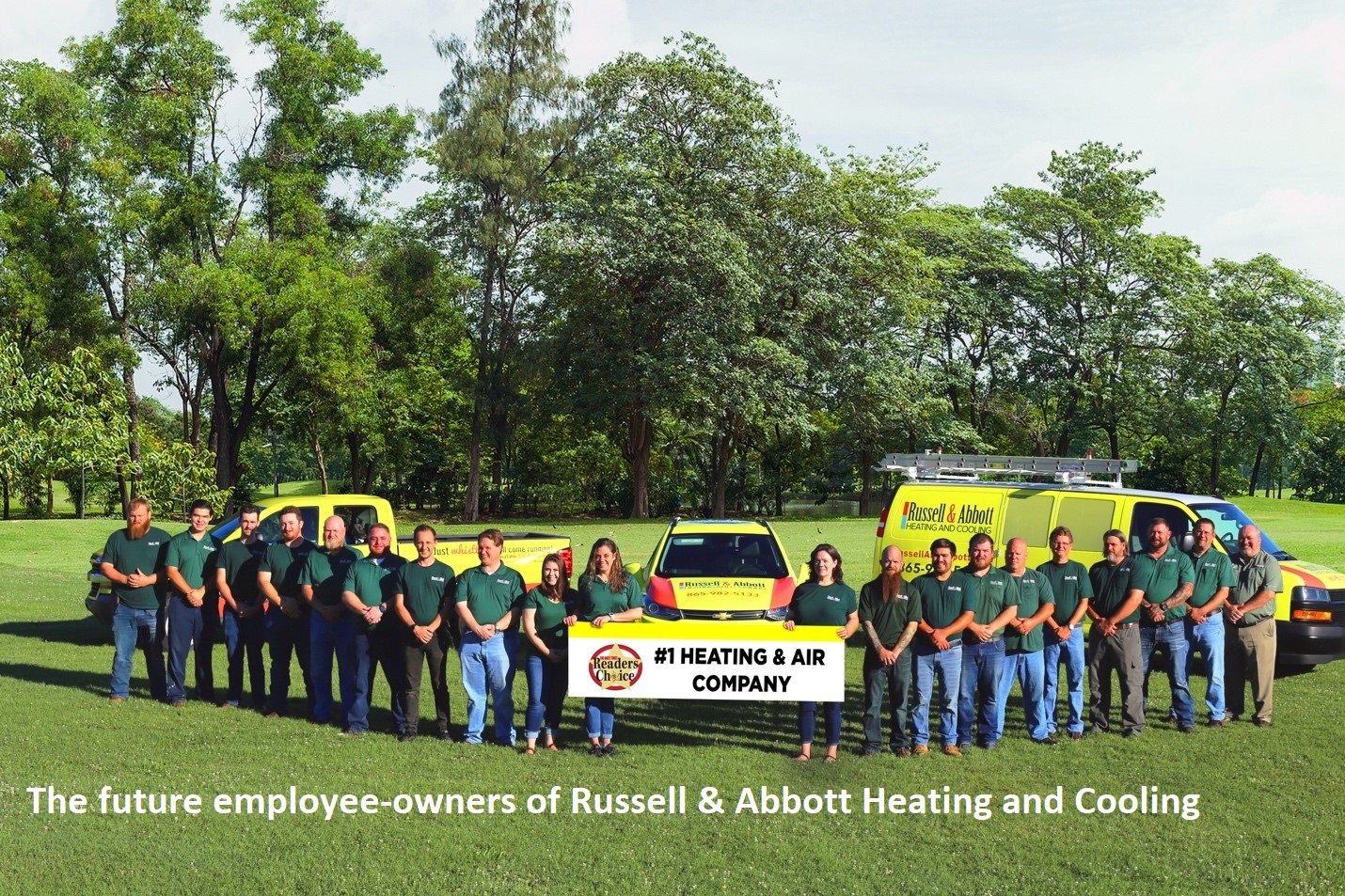 Hurley says his next steps are to bring more of his team into their long-term planning process by investing in High-Involvement Planning training. He’s also interested in making his employees owners in the business over time through an ESOP—something he’s really excited about.

“It’s really interesting to see the journey we have been on where four guys who needed a job bought an underwater bankrupt business and have grown this into a business that can provide for so many people and families,” says Hurley. “The fact that we’ve weathered the worst economic conditions I’ve seen in my more than 36 years of working tells you a lot about the strength of the Great Game system. We could have lost it all, and we didn’t. I really don’t know how anyone runs a business any other way.”