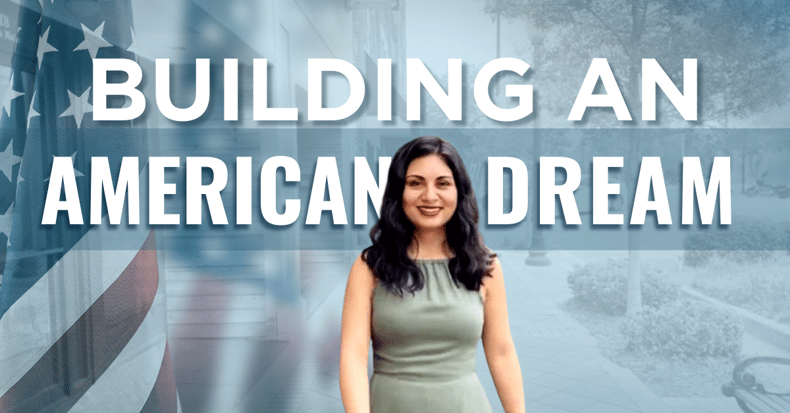 Erika Cisneros first dreamed of studying the law back when she was in the fifth grade. Her class conducted a mock trial of Goldilocks—who was charged with breaking-and-entering the home of the three bears—and she presided over the case as the judge. “That’s when I fell in love with the courtroom,” says Cisneros. 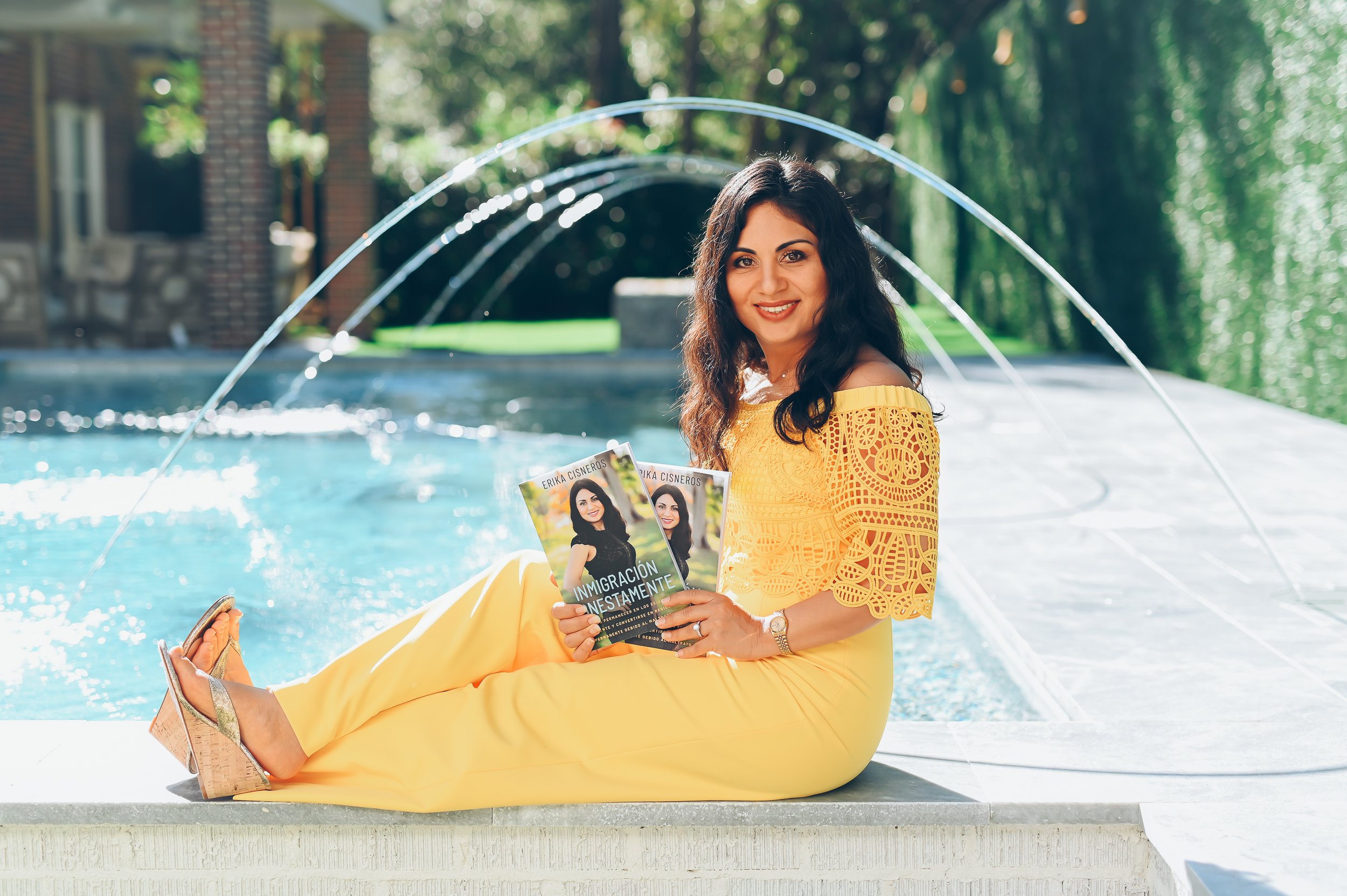 Her dream to become a judge or a lawyer came as somewhat of a surprise to her parents—both of whom were migrant farmworkers who moved the family from Florida and Georgia to North Carolina and Virginia based on what crops were in season. Cisneros tagged along, attending two to three different schools during the academic year. Despite the itinerant nature of her schooling, Cisneros excelled, consistently earning a spot on the honor roll.

She also came to the realization early on that she wanted to help the community of undocumented immigrants whom her parents worked with in the fields. Case in point: While her father was already an American citizen, Cisneros helped her mother, a native of Mexico, who immigrated legally to the U.S. as a child, study for her citizenship test. “I would quiz my mom using flashcards to help her pass the test,” says Cisneros.

Later, when she was old enough to drive, she remembers driving with her dad in the middle of the night to help stranded workers who had been pulled over by police while driving home after their shift on the farm ended. Workers often carpooled together, driving for two hours or more from their homes to get to the fields. “I remember thinking how unfair it was that someone was going to jail for not having a license,” says Cisneros. “But I didn’t yet understand how the law worked.”

Cisneros began to understand that not having a license could mean the beginning of a vicious cycle. When someone was sent to jail, that would then lead to them being identified by immigration officials who would put a hold on them—which would, in turn, prevent them from being able to get bail. That person would then be moved to an immigration center before, in many cases, being deported. “And all that would start from simply driving without a license,” she says.

It was an early lesson in the difficulty involved in deciphering the nation’s complex web of immigration laws.

When Cisneros arrived on the campus of Gulf Coast University, where she would study for the next four years, she began to doubt her dream of becoming an attorney. “Each of my parents had eight siblings, and they all worked on farms or in warehouses and factories,” says Cisneros. “I didn’t have a fancy background or connections. I was afraid I wouldn’t make it.” So, she decided to focus on classes focused on business and computer information systems.

During her last semester, she took a class on business and the law taught by an attorney. Cisneros took a risk and asked her professor how someone might become a lawyer. He encouraged her to take the law school aptitude test, the LSAT. She nailed it.

After law school, Cisneros cut her teeth by clerking for a judge and working jobs in the non-profit sector—garnering the experience she needed before she could finally open a law firm of her own in 2015. Honest Immigration focused on helping immigrants and undocumented people obtain Green Cards, work visas, and, ultimately, citizenship.

“I live in an old-fashioned rural agricultural town in South Georgia,” she says about her hometown of Moultrie. “It’s a one-horse kind of town. There were no other immigration attorneys around, so I had to learn how to start my own practice.” Her goal was simple: to become the legal go-to resource for immigration law within one hour of her town.

A Bump in the Road

Almost as soon as she began advertising her services, Cisneros started to attract clients from around the country, some of whom drove upwards of 12 hours to visit her office. “I realized I could make more of an impact than I thought,” says Cisneros. “That means I couldn’t remain local. I needed to reach more people by investing in social media and marketing.”

As her business grew, Cisneros added support staff, all of whom were children of immigrants who grew up working in the fields as she had, to help her manage her client work. “My team is made up of people in their 20s,” she says. “All of them have to be bilingual because many of our clients only speak Spanish. All of us have also lived through the process of getting themselves or a family member processed through the immigration system.”

Despite her initial success, Cisneros noticed that her expenses were growing as fast as her revenues even though her business was growing. She began to fear that she might somehow lose her business despite her success because she didn’t know how to manage it well. “I knew I needed to educate myself on how to manage the money so I could continue to grow and increase profits,” she says. “I also feared what would happen to the firm when the next recession came along sometime in 2020.”

That was when she read about The Great Game of Business in a newsletter she had learned about back in 2015. It was then, just a few months after starting her firm, that Cisneros traveled to Dilley, Texas, to volunteer her time helping people at an immigration detention center. “My goal was to help, gain experience, and make connections with other attorneys and business owners that were going there from around the U.S.,” she says.

In Texas, she met another volunteer—a business owner—who turned her onto that newsletter where, in 2017, she learned about The Great Game of Business. “I read a story about a doctor who attributed his ability to scale and grow his business to the GGOB,” says Cisneros. “I told myself that I needed to find out more about this thing.”

After deciding to attend The Great Game of Business Conference that year, Cisneros then decided to begin playing The Game inside her own business in 2018 with the help of her coach, Kevin Walter.

The impact of playing the GGOB on Cisneros’s business was almost immediate. “All of a sudden, my team began to understand how much we spent every month,” she says. “They learned how much it cost us to survive. That inspired them to win MiniGames™ and earn bonuses. It brought us all together on a mission to succeed financially so that we can help more people.”

Even after the pandemic hit in early 2020, demand has remained strong from people all over the country looking for help in building an American Dream of their own.

There are many types of cultures in organizations, but the sense of teamwork and shared success among the Honest Immigration staff fit Cisneros's team the best. That success continues to multiply with the help of their GGOB practices. While some of the meetings have transitioned from in-person to Zoom calls, the team continues to hold daily huddles. Everyone has also taken financial literacy courses to help bring the score-boarding and budgeting lessons they’re learning at work home.

“As a business owner, I have learned the value of teaching employees to manage their own personal finances,” she says, noting that several employees have since been able to save the money to buy houses of their own. “I’m really proud of them. They took these lessons and put them to work.”

Cisneros has also brought the lessons of the GGOB into her own home. Not only has she paid off all debt, but she’s also begun teaching her husband, who runs a commercial and residential pool maintenance and repair company, the rules of the game. “We’ve always had dreams and goals, and our next step is to buy a building,” says Cisneros.

When she looks back at her journey with the Great Game™, her only regret is that she didn’t learn about it sooner. “I would tell anyone who is starting a business to start with the GGOB from the get-go,” says Cisneros. “It will save you so many headaches, and frustrations and your team will thank you for doing it.”