Why the Heck Would Anyone Want to Buy a 20 Year Old Book? 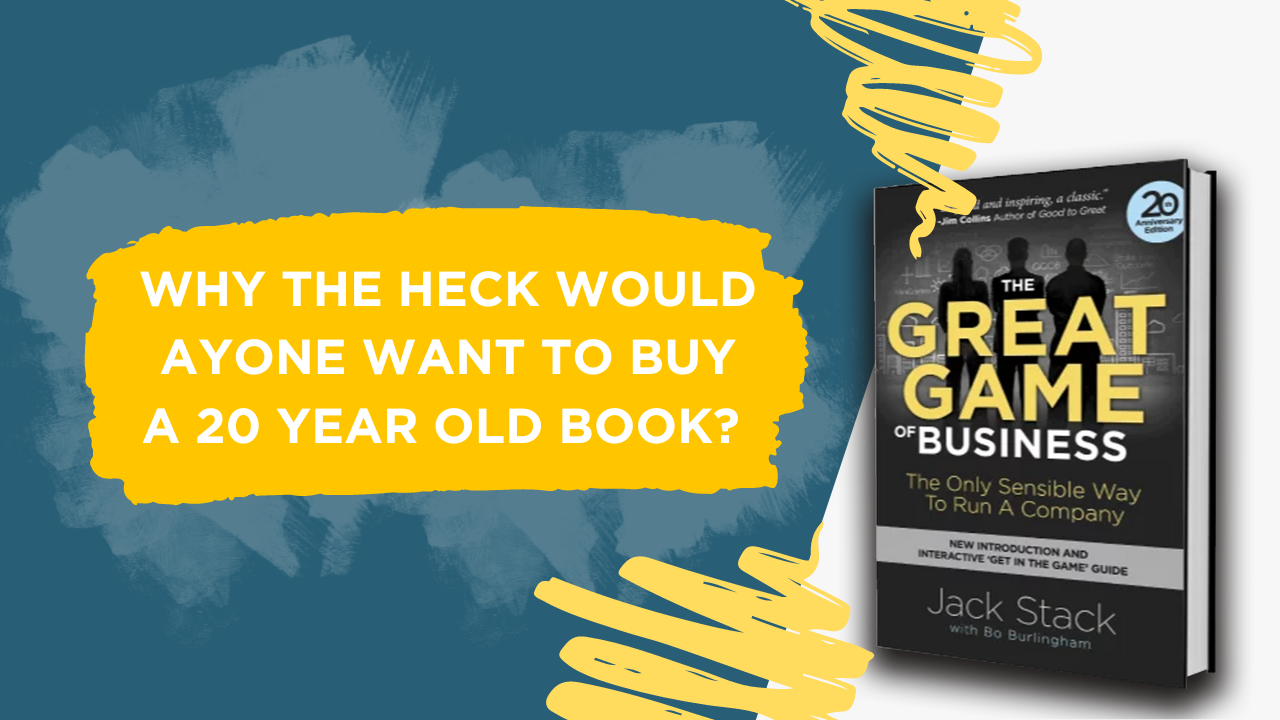 “Why the heck would anyone want to buy a 20 year old book?” That was Jack Stack’s question to me. I didn’t know if he was going to punch me or throw up. Jack Stack is not a guy who likes to toot his own horn, and here I was asking him to re-issue a book he wrote two decades ago.

The answer? Simple. For years, the business world has been asking for two things:

This conversation took place well over a year ago, and we’ve learned a lot since then. Random House taught us that over 10,000 new business books are published every year, 90% of which disappear after selling a few thousand copies.

But The Great Game of Business is different. It sells 10,000-15,000 copies a year, and has been doing so for 20 years. It’s been published in 11 languages and is cited in 130 other business books. This is an important book, and we had to be sure that if there were a new edition, it’d better be good.

Reluctantly, Jack agreed. The result is The Great Game of Business 20th Anniversary Edition, which will publish in July. The new book includes dynamic new content from Jack, looking at how the OBM community has grown and evolved, and at the progress we’ve made at SRC’s living laboratory.

It’s an insight into how education, wealth and prosperity have made a real and measurable difference in so many lives. And he looks forward to what can be. It’s a celebration… and a challenge to doubters everywhere.

Then Rich Armstrong, the president of GGOB, and I spent months crafting a comprehensive implementation guide, based on your stories from the field. It’s called Get in the Game: The Interactive Guide. It’s a ‘How-To’ crafted from firsthand experiences of you… the real-life Practitioners of Open-Book Management. Frankly, it’s awesome.

All in all, there’s 30% new, additional material, plus an interactive Online Resource Site that houses the tools, templates and materials used in the Guide.

For Practitioners, it’s a refresher, a kick-starter and a chance to pay it forward to a friend or colleague that needs help. For newcomers to the Game, it’s a chance to turn things around, or take things to the next level.

For me? It’s changed my life, and made a difference in just about every life I’ve seen it touch. So I’m not going to stop until this thing hits the New York Times Bestseller List…until we reach a whole generation of business leaders that have never heard of The Great Game or Open-Book Management.