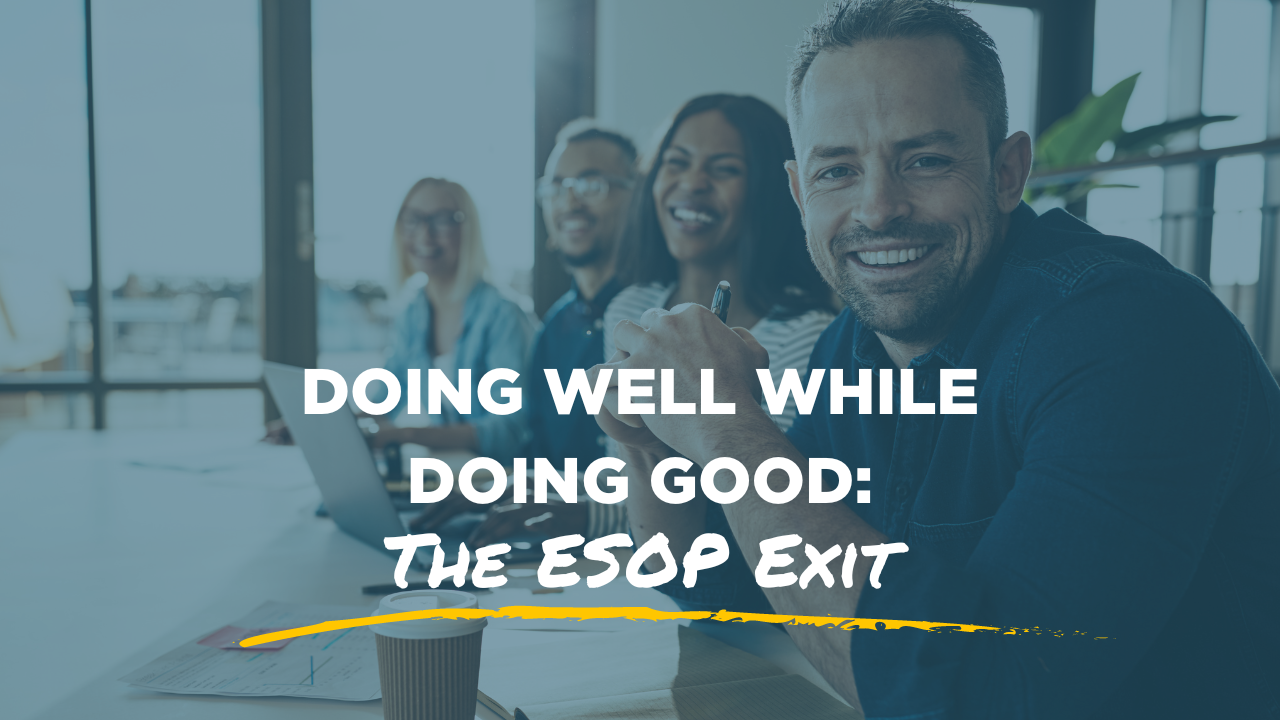 Nearly every day, a business owner makes the personal decision to retire.

That’s an easy decision to reach in principle. But what about the specifics? The concrete plan? Figuring that out can be overwhelming.

Let me suggest two things to think about:

Exiting via an employee stock ownership plan (ESOP) opens up a range of possibilities that simply aren’t available through other exit transactions. One of these is the opportunity to create a staged retirement plan.

In the professional world – think attorneys, CPAs, etc. – the idea of working full tilt for 40 years then suddenly stopping overnight has gone the way of the dinosaur. It is now the norm for professionals of a certain age to begin decreasing their workload, perhaps working on a consulting basis, while remaining active in their profession.  These professionals appreciate the opportunity to continue their work while freeing up time for golf, travel and other hobbies.

This practice even has a name, phased retirement.

An ESOP offers that same kind of decrease to business owners. On such popular paths includes developing a five-year transition plan.

In the beginning, the owner sells 49% of his company to the ESOP. Over the next five years, the owner mentors and grooms successor leadership internally, preparing them for the eventual challenge of running the company on their own. During this time, the owner will back out of day-to-day operations at his or her preferred pace, perhaps stepping down as CEO in year four. At the end of the five-year transition period, the owner sells the remaining 51% and moves into full retirement. Of course, there isn’t a magic retirement date, as the five-year period may be shorter or much longer.

Consider also what happens to a company if an owner sells it some other way. The business has been a customer of many other local firms, regularly purchasing supplies and services. It has been a taxpayer contributing to local government and an employer providing jobs to scores of individuals.

Too often, it is sold to a large business – often based in another state. Soon, it is dismantled while many of the jobs and much of the economic activity leaves the community. A friend here in San Diego told me of her own experience with this. She was the non-owner CEO of a local company sold to a large out-of-state firm. Not only was she out of a job but also employment at the facility dropped from 180 to under 100 just a year later.

The outcomes that put a real dent in the local community can be avoided if the owner exits via a sale to an ESOP.  An ESOP provides large tax subsidies to support the purchase of company stock on behalf of the company’s employees.  This allows a business owner to use ESOP to sell her company at full fair market value to the team taking over her company.

Special tax breaks can actually help the selling owner come out ahead while the local community’s economic base is kept intact.  Employees keep their jobs. Local vendors keep the company as a customer, and the local government maintains its tax base.

The ESOP: it’s an option that every business owner should know about.

Martin Staubus is the executive director of the Beyster Institute (part of the Rady School of Management at UC San Diego) where he advises companies on the use of ESOPs and other stock plans.  The Institute was established by entrepreneur Bob Beyster, who grew his start-up venture into a Fortune 500 company.