Mar 13, 2014 by The Great Game™ Team 0 Comments
in The Annual Gathering of Games, All-Star Team 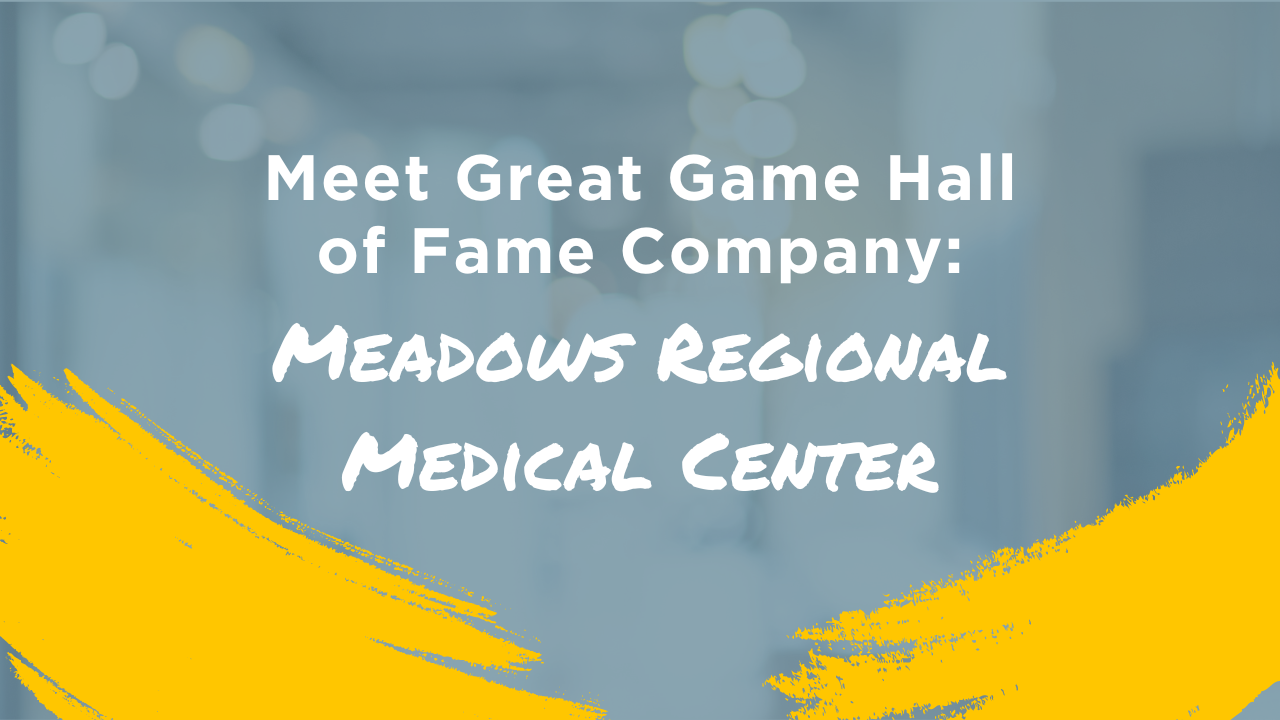 Each year at the Annual Gathering of Games, we recognize several companies who represent the “best of the best” in open-book management practice by honoring these companies with an All-Star Award. This prestigious award recognizes and celebrates the remarkable achievements of companies from around the globe that have fully embraced the principles of open-book management and The Great Game

of Business, and have demonstrated outstanding results. For the past few weeks, we’ve been introducing the most recent winners of the All-Star Award. This week, we’d like to introduce you the company who joined the ranks of the most exceptional Great Game companies: The All-Star Hall of Fame. Hall of Fame companies must have a 10-year history of playing The Game; the 2013 Hall of Fame inductee will no doubt inspire you as you continue to explore open-book management.

Meadows Regional Medical Center is a not-for-profit community hospital located in Vidalia, Georgia – a rural part of the state about two hours west of Savannah. CEO Alan Kent first introduced the practice of The Great Game of Business to the 400 employees of Meadows back in 2003. In the 11 years since, the organization has thrived and grown like crazy in an era where most healthcare facilities have been forced to cut staff and services as they try and compete in the modern healthcare market.

Before they began playing the GGOB, Meadows Regional was chugging along nicely: the hospital was profitable and employees were happy. Then, the figurative wheels came off in 2003. Triggered by a doubling of their own health insurance and worker’s compensation insurance premiums, coupled with stagnant revenues, the organization posted an annual net income loss of some $2.8 million.

Through playing The Game, Meadows Regional has grown and evolved into one of the leading hospitals in the country and they have even been able to build a cutting-edge 194,000-square-foot-facility with zero assistance from taxpayers – something that is unheard of for a rural not-for-profit hospital.