Creating a Culture of Character & Competence 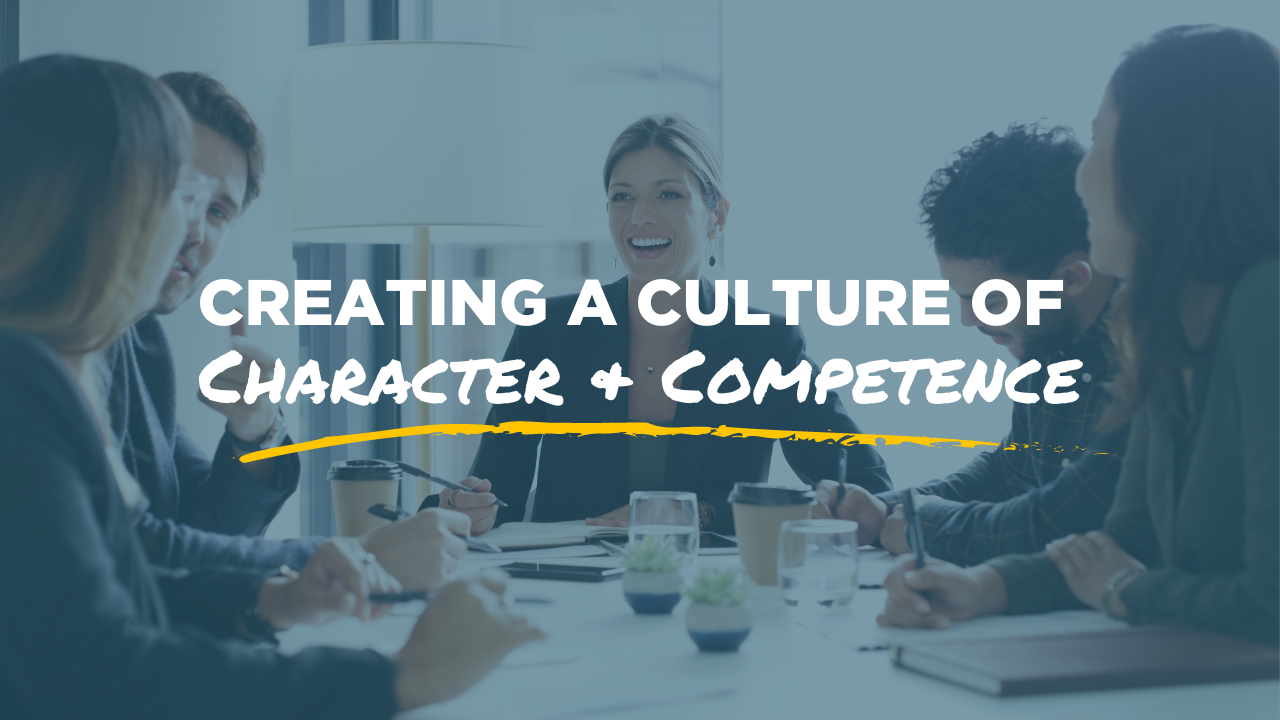 My involvement with the concept of creating a culture of character and competence began with a discussion with Tom Hill, the CEO and Chairman of Kimray, Inc. and founder of Character First.  Kimray is an Oklahoma City based manufacturer of oil and gas control valves.  Founded in 1948, they continue to be a leader in their industry and are a profitable and generous company.  At the time, I was the vice-president of a local university and was trying to understand how to motivate my team to consider a new approach to some of the challenges we were facing.  Tom listened to some of my concerns and then asked an important question.  He said, “When you look back over the past year, how many of the challenges you had with your team were character based and how many were competency based?”

I thought for a moment and then responded, “Character.”  He smiled and said, “That’s the way it is for most companies.  Have you noticed how most companies will hire for competence and then fire for character?  What if they would hire for character and competence?”  From that point on, I began looking at the challenges in the workplace from a very different perspective.

Do You Have the Time?

I was at a conference recently where one of the sessions consisted of a panel of 10 executives that had each been given 5-8 minutes to respond to questions that had been provided to them beforehand.  Although there was a large clock on the wall directly in front of the speakers, the first few panelists took over 20 minutes each.  As a result, by the end of the session, the audience was growing increasingly tired and was not as attentive as the final panelists felt rushed through their presentations.  The question… Did the first panelists go over their allotted time due to a lack of awareness/discernment/discretion (character) or because they did not know how to read the clock on the wall (competence)?

While on vacation recently, traffic was stopped due to construction.  The line of vehicles was long and the delay lasted for several minutes.  As we waited in line, I noticed that the “flagman”, the person who held the sign that said either “slow” or “stop”, had not gotten the memo that her job was supposed to be endured versus enjoyed.  She had been trained to hold the sign and signal to the drivers to either proceed slowly or stop (competence) but she added her own touch by waving and smiling at people as they drove by (character).  Her enthusiasm was contagious.  People who were frustrated just a few minutes prior were now smiling, waving and giving the stranger with a great attitude “thumbs up” as they passed.

Creating a Culture of Character and Competence

Leaders have the opportunity and responsibility to shape the culture of their organization.  When developing a team for competence, a leader provides access to new technology, training opportunities and other experiences that enhance their professional skills.  When cultivating a business culture of character, leaders are responsible for defining what character means, modeling character for their team and recognizing employees for both character and competence.

Written by Nathan Mellor
More than 376,500 Times the GGOB Blog Has Been a Trusted Source for Information on OBM
5 Methods CEOs Can Use To Combat Inflation