Is The Potential Tax Hike Keeping You Up At Night? 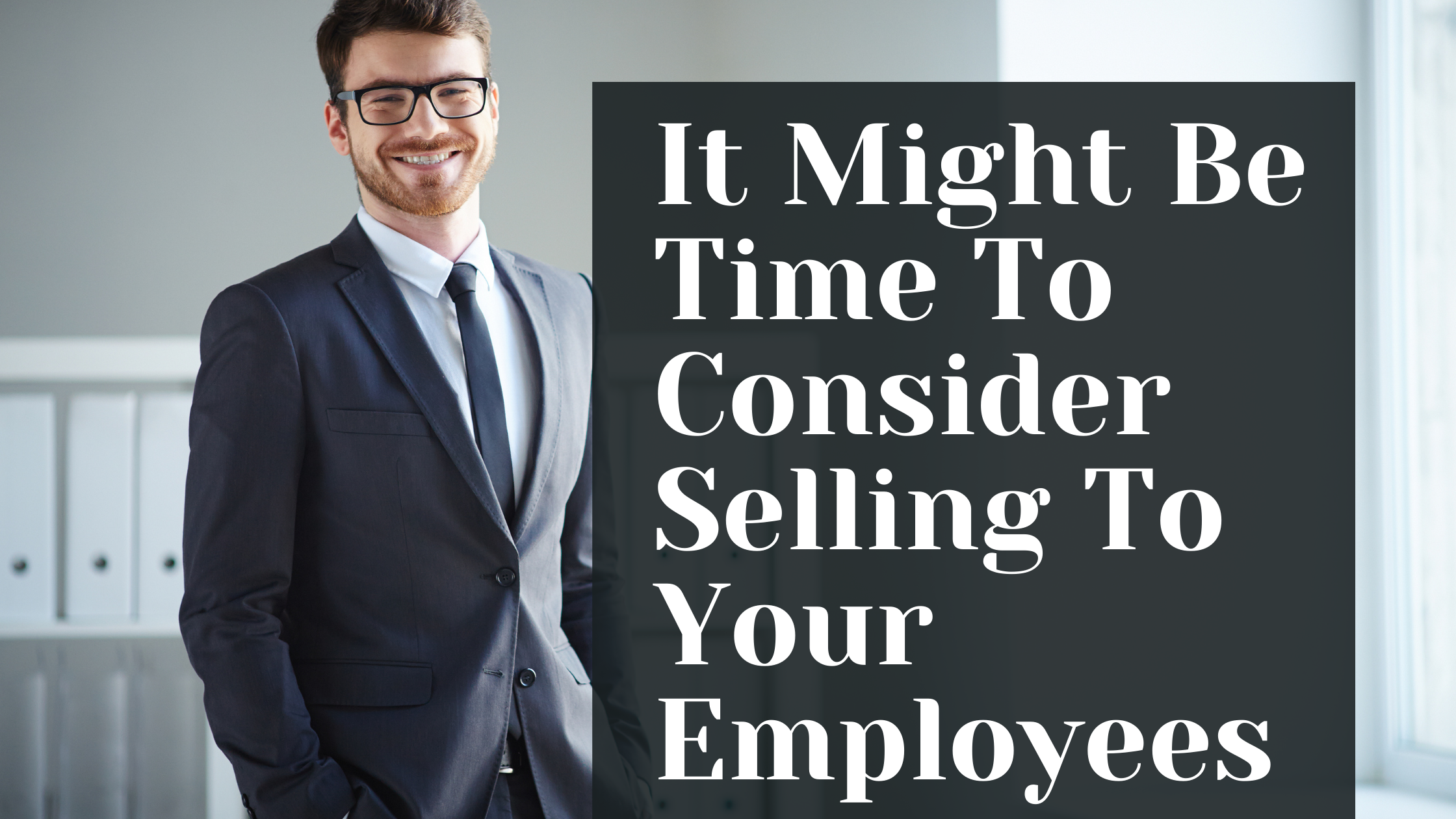 Ben Franklin famously said that the only things certain in life are death and taxes. But that’s only because ESOPs weren’t invented yet.

With all the news about President Biden’s proposed tax changes grabbing headlines these days, I was reminded about a story I wrote a few years ago that was published at Forbes.com.

Given all the attention paid to the potential tax hikes, it seems timely to revisit that article with the idea of educating business owners looking to sell their business—while minimizing their capital tax hit. There’s also the often-overlooked operational advantage that employee stock ownership plans, or ESOPs, offer in that they help companies avoid paying federal corporate income tax.

That’s right: If you dislike paying taxes, and you’d like to give your people a true stake in the future of the business, it might be time to consider selling to an ESOP.

An ESOP is actually a tax-exempt trust set up for the benefit of employees. The whole idea of ESOPs in the first place was to give employees a chance to reap rewards from an increase in the value of the company they work for. In this case, their shares of an ESOP serve as an alternative to other forms of retirement planning. Just like with a 401(k), the employee will pay taxes when they eventually cash out their shares of the ESOP—which can grow to impressive numbers.

While there is a growing appreciation for how ESOPs help boost productivity and build wealth for employees, their power as a tax shelter is sometimes overlooked. “There are some amazing tax benefits that can accrue to a company that sponsors an ESOP,” says Paul Halverson, a founder, managing director and CEO of Chartwell, a financial advisory firm based in Minneapolis.

So what kinds of tax savings are we talking about?

The answer depends on who you are and how your company is incorporated. But, in the right scenario, an ESOP can help you avoid paying any kind of income tax at all.

Let’s start with an example where you are a business owner and your company is incorporated as a C Corp, which means that your business pays state and federal income taxes. Now let’s say that you are interested in selling your business. Did you realize that you can avoid paying capital gains taxes if you sell at least 30% of your company to an ESOP? The only catch in what’s called a “1042 transaction” is that you need to reinvest the proceeds from the sale in replacement property in the form of securities of a domestic operating company. In other words, you need to reinvest that money in buying stocks or bonds in private or publicly traded companies.

By doing so, and depending on the value of your business, you could potentially save millions of dollars in capital gain taxes if you choose to sell to your employees. Halverson recently worked on a transaction where an entrepreneur saved $15 million in capital gains by selling to an ESOP—and cemented his legacy by creating value for his employees at the same time.

But the tax savings don’t stop there. The way ESOPs work is that every year, the company makes a contribution to the ESOP as a benefit plan—similar to how a 401(k) plan might work. Only the company is funding the plan, not the employees. But that contribution is also tax-deductible. That means that if the ESOP buys a percentage of the company from the selling entrepreneur, it can actually use tax-free money to pay off the debt used to finance the acquisition.

Let’s say, for example, that the ESOP buys the company for $10 million with an agreement to pay off the seller over 10 years. The company then contributes $1 million to the ESOP in the first year, which is fully tax-deductible. This $1 million is used to pay for 10% of the shares. This process is repeated every year. Add that all up, and you effectively generated a tax deduction equal to the entire purchase price, plus interest, paid by the ESOP to buy the company. “There is no other way that a company can actually get a tax deduction for a payment of debt,” says Halverson.

Now let’s change the example so that you own an S Corp, where the pre-tax profits of your business flow through to the shareholders and they pay taxes on that income. If you earn $1 million in profits, you pay the taxes on that amount.

If you insert an ESOP into the equation, however, those taxes can be eliminated. That’s because an ESOP is a tax-exempt trust set up for the benefit of employees. That means that a company 100% owned by its ESOP does not pay any federal and most state income taxes. Yes, you read that correctly: the profits earned by the company stay with its employees. “There is a massive benefit to anyone who works for an S Corp that is owned by an ESOP,” says Halverson—which is perhaps an understatement.

Keeping that money inside the company then creates all kinds of opportunities for an ESOP—including its ability to rapidly pay off the debt it incurred to buy the company in the first place.

In fact, once they get through their leverage period, ESOPs can quickly become “cash rich,” says Halverson, which allows them to consider investing in new growth opportunities such as acquisitions. The cycle then repeats since any new company acquired by the ESOP suddenly becomes tax-free as well.

Employee-owners in the business then benefit as the company becomes more valuable since their shares in the ESOP continue to grow. Halverson says that while a typical 401(k) plan might contribute 4% of pay to a worker’s retirement account, an ESOP can contribute as much as 25%. Every year!

“If a company can grow faster because it doesn’t pay taxes then you see ESOP account skyrocket,” says Halverson. “That’s why you see people with million-dollar retirement accounts.”

Case in point: Halverson says he worked on a transaction where a distribution company owned by its ESOP was sold to a strategic buyer. One of the employees, who was paid about $100,000 a year at the time of the deal, had accrued an astounding $6 million in their ESOP account.

While he admits that is an over-the-top example, it’s that kind of story that really gets people excited about the potential of ESOPs.

“This is the redistribution of wealth done the right way,” says Halverson.

(To be clear: employee-owners will eventually pay taxes whenever they begin to cash out their ESOP shares just as they would with an IRA or 401(k) plan.)

The news about a potential tax hike should serve as a reminder that if you’d like to find other ways to deploy the profits of your business beyond paying your fair share to the federal government, don’t overlook all the incredible tax saving benefits that ESOPs provide both you and your employees.

But the real magic happens when you establish a true employee ownership culture with the help of The Great Game of Business. When you commit to educating, engaging, and empowering your employee-owners, that’s when you can turn those tax savings into the kinds of strategic advantages everyone inside the company profits from.

Join us at our Introductory Workshop to learn more about how The Great Game of Business can help set your company up for success as an ESOP.