If You Work At Netflix, You’re Going To Get Wet

Sep 22, 2020 by Darren Dahl 2 Comments
in Provide A Stake in the Outcome®, Financial Literacy, Transparency, netflix 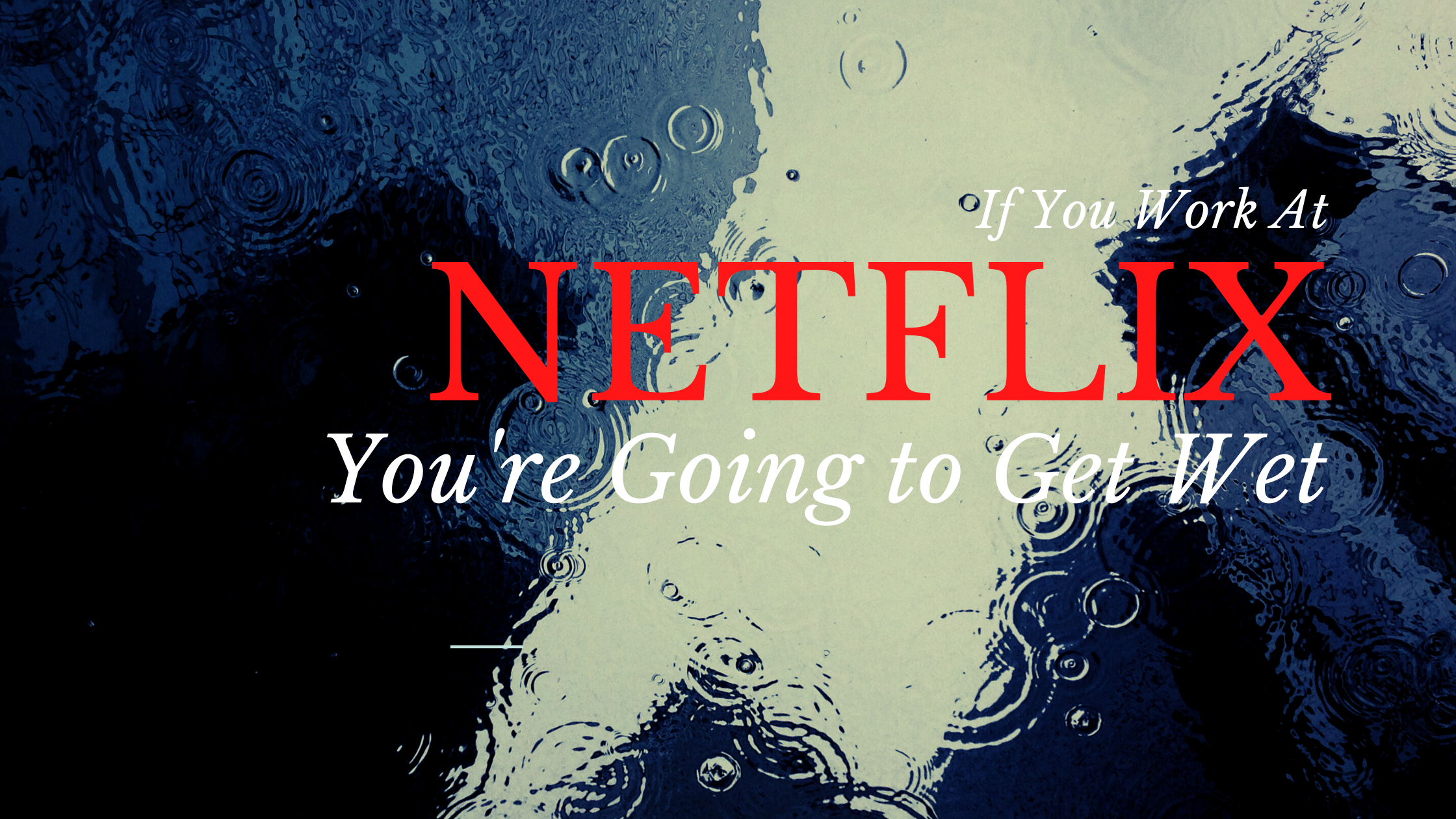 Why the online streaming company doesn’t believe in keeping secrets from its employees.

In his new bestselling book, No Rules Rules, Reed Hastings digs into some of the cultural aspects that make the company he co-founded, Netflix, so successful. In the book, which is framed as a kind of conversation with Erin Meyer, a professor at the INSEAD business school, Hastings writes that one of the cultural values he instilled in Netflix from its very beginning was that there weren’t going to be any secrets. As he puts it, embracing transparency and letting go of secrets—what Netflix calls “sunshining”—brings incredible advantages in terms of building trust and empowering employees to think like owners.

What’s interesting is that Hastings acknowledges it’s easy for leaders to say they are pro-transparency. No one goes around saying they want to promote organizational secrecy, right? But why then, he asks, do so many organizations not walk the walk when it comes to sharing things like the company’s financials with their employees?

You might be surprised to learn that Netflix has opened its books to its employees right from its start. That decision was inspired by a leadership development course Hastings attended at the Aspen Institute back in 1998, when Netflix was just a year old. It was there that he heard the story of how Jack Stack used financial transparency and education to save his company in Springfield, MO.

When Jack’s story was discussed in the class, one of the attendees pushed back on the idea of sharing financial information with employees. He thought it would be a burden to them. As Hastings writes in Chapter 5 of his book, which is titled, “Open the Books,” the other leader said:

I see my job as holding an umbrella over my workers to protect them from getting distracted by stuff that doesn’t have anything to do with their work. I hire them to do something they excel at and love doing. I don’t want them to have to waste hours hearing about business details that they don’t care about, and that isn’t their strength.

But that’s where Hastings disagreed. In response to the other leader, Hastings said:

This guy Jack managed to instigate feelings of ownership by guiding people to understand the reasons behind the work they are doing. I don’t want my employees to feel like they’re working for Netflix; I want them to feel like they are part of Netflix. That’s when I decided, if you’re going to work at Netflix, no one is going to hold an umbrella over your head. You’re going to get wet.

Hastings was true to his word. The company continues to share its financials, as well as other information most companies would consider “secret” with its employees. He believes it’s the company’s job to treat people like adults by giving them all the information available so that everyone can make informed decisions. In the early days of Netflix, the entire team would assemble in their parking lot where they would each receive a copy of the company’s P&L so they could walk through it as well as other critical company metrics.

My goal was to make the employees feel like owners and, in turn, to increase the amount of responsibility they took for the company’s success. However, opening company secrets had another outcome: it made our workforce smarter… In most businesses, without even realizing it, senior managers stunt the abilities and intelligence of their own workforce by keeping financial and strategic information hidden. Although just about all companies talk about empowering staff, in the vast majority of organizations, real empowerment is a pipe dream because employees aren’t given enough information to take ownership of anything.

While sharing information with employees may have seemed quaint when Netflix was small, they continue the practice today—albeit sharing information electronically rather than in a parking lot. Anyone in the company can sign up to receive their financials. But the stakes of sharing that information are much higher these days since Netflix is publicly traded. Employees receive the P&L, as well as numbers like subscriber counts, before Wall Street does. That means that if any Netflix employee leaks that information, or trades on it somehow, they will be sent to jail—while also causing an enormous PR headache for the company.

That’s why most public companies wait until after their quarterly filings to share that information. Interestingly, Netflix’s financial information has never been leaked. And even if it ever does, Hastings says they will deal with that individual rather than cover things up as a response.

As Hastings writes: “For our employees, transparency has become the biggest symbol of how much we trust them to act responsibly. The trust we demonstrate in them in turn generates feelings of ownership, commitment, and responsibility.”

While Hastings doesn’t specifically mention Jack’s company, SRC Holdings, or the leadership system built on transparency and education that he and his team created, The Great Game of Business®, it’s clear that he and his team at Netflix believe in the same principle that drives every Great Game™ company: “The best, most efficient, most profitable way to operate a business is to teach everyone the business, give everybody in the company a voice in saying how the company is run, and share a stake in the financial outcome, good or bad.”

That same message is echoed in Powerful, the bestselling book published by Patty McCord, who served as Netflix’s HR director for many years and who was one of the featured keynote speakers at the 2020 Great Game of Business Conference.

As McCord writes in her book:

If we teach young employees how to read a P&L instead of how to tap a beer keg, or give them an honest‐to‐God project they have to collaborate on rather than doing on online training program about collaboration, we’re giving them a skill they will apply for the rest of their lives.

What’s true today, just as it was when Netflix was getting started, is that when you embrace financial transparency in business and teach people business—rather than keeping secrets—you give them a kind of superpower they can then use to create better lives for themselves, their families, and their communities. How powerful is that?