May 11, 2021 by Jack Stack & Darren Dahl 0 Comments
in Provide A Stake in the Outcome®, Employee Ownership, Employee Recruitment and Retention, esop 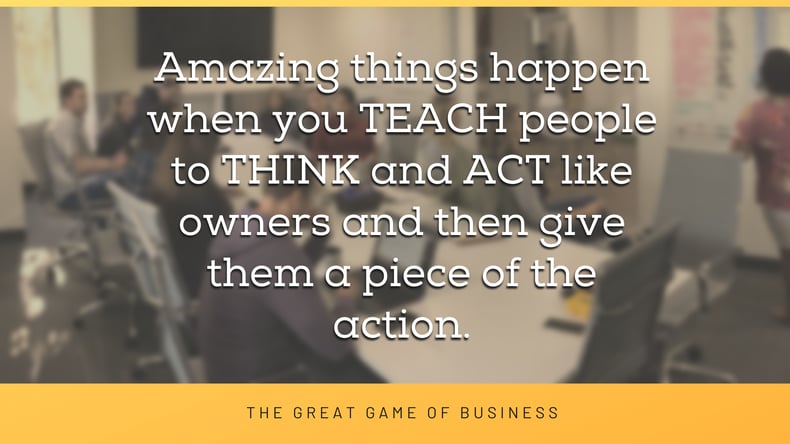 Think about how most people you encounter daily don’t really enjoy waking up and going to work every day if they go at all. When many (or most) people reach a certain age, they find it more comforting to think ahead to retirement than focus on what they might need to do that day at work. And yet there is an associate at our company, SRC, who still chooses to come to work even though he’s seventy-one. His job on the factory floor pays him about $31,000 a year. He doesn’t continue working for the pay; he shows up every day because he sincerely loves his job. 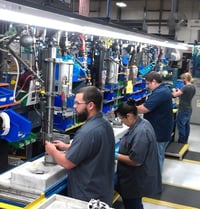 There’s more to the story, however. This associate, Steve, has been working for our company since 1983 when we bought ourselves out from International Harvester. Steve has always been a hard worker and very quick to pick up new tasks. I’m not sure Steve had much formal education after high school, so he might have been overlooked or undervalued in many companies. But he found his place in our business, and he’s flourished over the years on the job.

When I’ve told people this story, the first thing they ask me is why would a seventy-one-year-old keep working for $31,000 a year? Is he broke? Does he do it just for the money? Hardly.

Would you believe me if I told you that since Steve became one of our employee-owners over forty years ago, his shares in our employee stock ownership plan, or ESOP, are now worth more than $1.4 million? In fact, he’s now one of the company’s largest shareholders. It’s true. When I asked Steve if he was planning to retire soon, he shook his head no. Steve liked his job too much to walk away. He knew that the job had given him the opportunity to fulfill his version of the American Dream, which was to ensure that his kids would lead a better life than he did.

Another story that continues to stick with me involves a guy who also happens to be named Steve. He is an engineer who has been with SRC for many years. When he turned fifty-five, he had the option to diversify the money he had built up in his ESOP account as everyone in our company does. The idea behind that rule is to allow employees to avoid having all their retirement eggs in one basket, which, in this case, was our company’s stock.

But Steve never diversified, which scared the hell out of me, especially as our stock price continued to climb. At the time, shares of our company’s stock were valued at about $20. The last thing I wanted to see was that anything should happen to wipe out Steve’s investment. Every year, I would talk to him and bug him to diversify his personal balance sheet. I told him that I had diversified my own portfolio by selling back our company’s stock to be redistributed to the current associates.

But Steve wouldn’t budge. When I asked him why he felt so confident about keeping all his money in the company’s stock rather than investing some of it in the stock market, he gave me a simple answer: “Jack, I don’t think I can do better by investing somewhere else. Why should I diversify when the company is already diversified?” 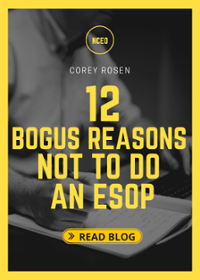 That blew me away. Steve was right! He understood that our company had continually invested in products and new markets to ensure that all of our eggs weren’t in a single basket. We were always trying to cover ourselves in case something went wrong. While I had been earning just a few percentage points on my other investments, Steve’s portfolio had grown since that time by more than 20 percent a year. I started kicking myself and wondering what I had been thinking.

In a nutshell, this shows the power of playing The Great Game of Business® inside an employee-owned business.

Stock Is Not A Magic Pill

It’s amazing what happens when you empower people with information. It’s the wisdom of the crowd in action. You see it when your people understand how the business runs and what contingency plans you have built to weather the bad times and reap the harvest in good times. It’s why we have always said that stock is not a magic pill. Equity on its own doesn’t change anybody’s behavior, at least not overnight. Ownership is more of a taught mindset—which is where playing the Great Game of Business comes in.

“The Game is simple: you teach the employees how they affect the business by opening the books and showing how that affects the outcome of their company, stock value in the ESOP, and pay,” Steve told me. “It empowers the associates with knowledge, so they know what they are doing why they are doing it.”

It’s hard to argue with Steve’s logic since our company’s stock has more than tripled in value since Steve had the chance to sell off his shares (it’s now at $133). He clearly made the right decision for the right reasons and believed he was the company. Steve saw how he could make a difference, and he has grabbed the brass ring. As a result, he’s now living a beautiful retirement after a thirty-five-year career.

We’ve been following this same pattern at our company long enough to begin to see many of the folks who started with us retire and move on with a sizable number of zeroes in their retirement account. These are Horatio Alger stories of regular folks making their dreams come true.

That’s why employee owned companies who practice The Great Game of Business system go beyond the bottom line. The real impact is on the quality-of-life people are creating for themselves, allowing them to fulfill their dreams, whatever they might be: Owning a home, raising a family, getting a college education without drowning in debt, starting a business, finding ways to give back to the community, or making sure their kids lead a better life than they did. Combining the Great Game true ownership in a business supports the kinds of dreams that really grab the heart.

This is an adapted excerpt from Change The Game.