Jul 19, 2021 by Jack Stack & Darren Dahl 0 Comments
in Provide A Stake in the Outcome®, Critical Number™, MiniGames™, SRC, Rewards and Recognition, Buy-In, Community, coronavirus, Jack Stack, COVID, Wellness, Pandemic
It’s become apparent that we celebrated the end of the pandemic a little early. Believe me, I was one of the first people who couldn’t wait to rip my mask off. I hate wearing them. You can imagine the sense of relief I felt when I finally got my second shot. Then, as the COVID numbers dropped, and dropped some more, we could finally take our masks off. It seemed like we had really turned the corner on this thing.
END_OF_DOCUMENT_TOKEN_TO_BE_REPLACED 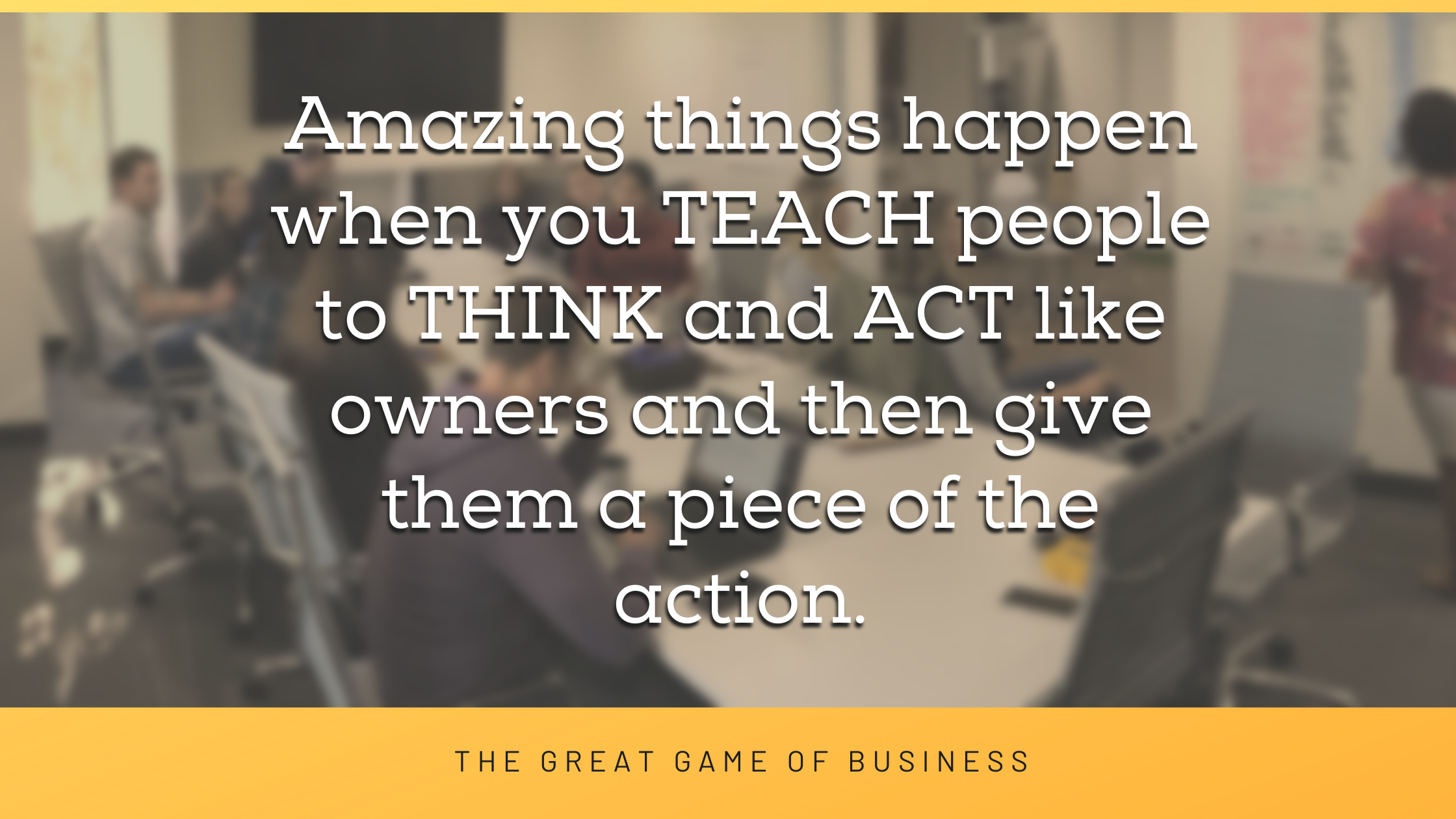 May 11, 2021 by Jack Stack & Darren Dahl 0 Comments
in Provide A Stake in the Outcome®, Employee Ownership, Employee Recruitment and Retention, esop
The Company's Largest Shareholder Think about how most people you encounter daily don’t really enjoy waking up and going to work every day if they go at all. When many (or most) people reach a certain age, they find it more comforting to think ahead to retirement than focus on what they might need to do that day at work. And yet there is an associate at our company, SRC, who still chooses to come to work even though he’s seventy-one. His job on the factory floor pays him about $31,000 a year. He doesn’t continue working for the pay; he shows up every day because he sincerely loves his job.
END_OF_DOCUMENT_TOKEN_TO_BE_REPLACED 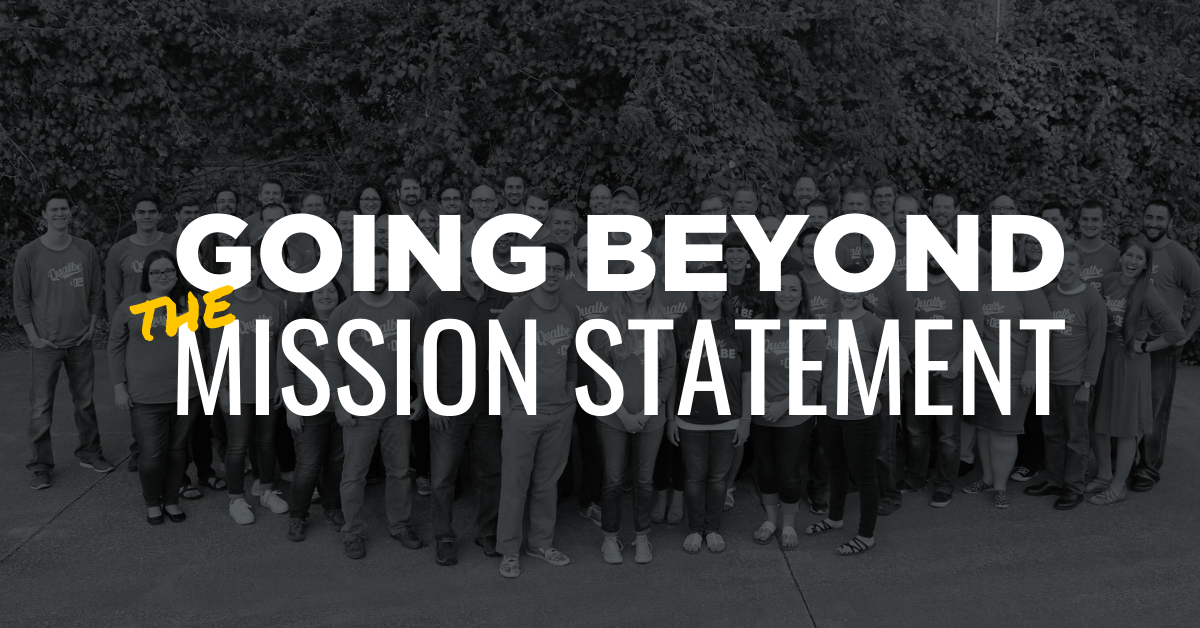 Going Beyond The Mission Statement

Apr 15, 2021 by Jack Stack & Darren Dahl 0 Comments
in Company Culture, Contingency Planning, Sustainable Business, COVID
Words are cheap. What I mean is that it’s easy to say something, but it’s a heck of a lot harder to actually put those words into action. For example, I’ve been thinking a lot recently about how it’s become commonplace for companies to trumpet their mission, vision, and values. Everyone says they have a higher purpose with their business, something more than just pursuing profit, which is great. The idea is to show your associates, your customers, and the communities you operate in that you have a higher purpose than just making money at their expense.
END_OF_DOCUMENT_TOKEN_TO_BE_REPLACED 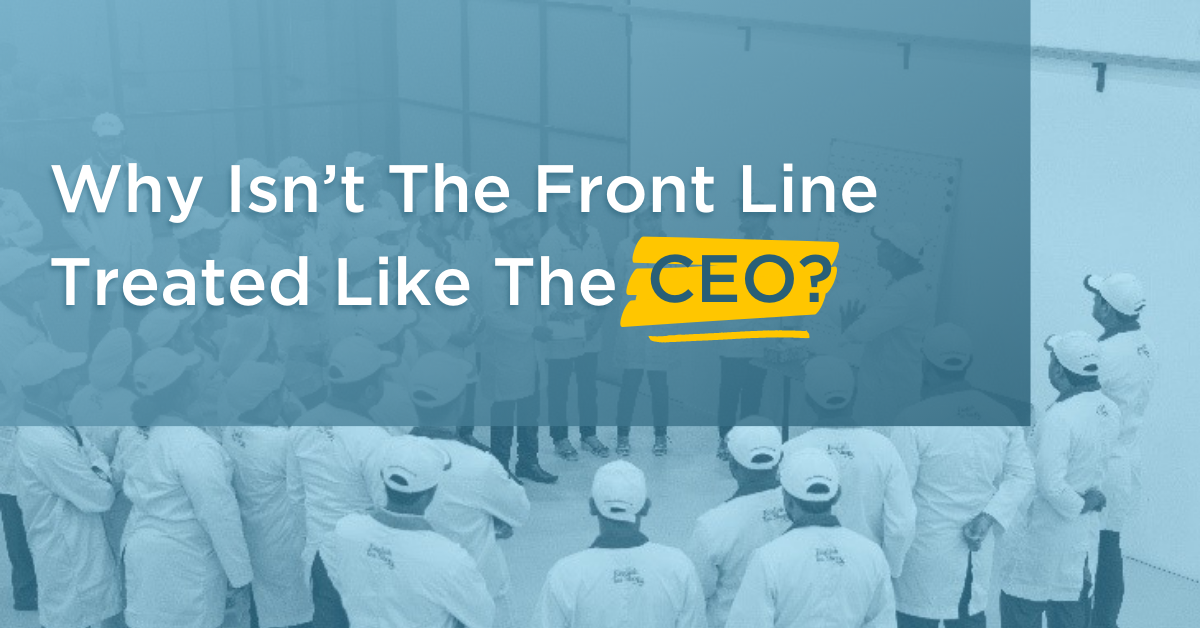 Why Isn’t The Front Line Treated Like The CEO?

Mar 16, 2021 by Jack Stack & Darren Dahl 1 Comment
in Employee Engagement, Employee Ownership, Leadership, Transparency, Finance, esop, jobs
A company is only as good as its people. Everyone knows that. So why is that in so many companies the vast majority of the information-hoarding and decision-making happens only at the top? Why have we been holding onto a managerial system invented decades ago to fit an industrial society that tells us that only the CEO and the rest of the C-Suite are smart and capable enough to drive the company forward?
END_OF_DOCUMENT_TOKEN_TO_BE_REPLACED

Feb 11, 2021 by Jack Stack & Darren Dahl 1 Comment
in Provide A Stake in the Outcome®, Company Culture, Scoreboarding, Teamwork, Award Winner, Buy-In, engagement
As a grandfather to eleven beautiful grandchildren, I spend a lot of weekends out on the soccer and baseball fields watching these kids tear around. I think that’s why a scene from the movie Parental Guidance, starring Billy Crystal and Bette Midler, continues to stick with me. Billy, who plays a professional baseball announcer, is sitting in the stands, watching his grandson pitch for his Little League baseball team. The grandson rears back and throws a pitch, and the hitter swings and misses. Billy is ecstatic as he calls out, “Strike one!” Then, as the hitter swings through the second pitch, Billy yells out, “Strike two!” Now he’s really excited as the third pitch comes in, and, as the batter misses yet again, Billy stands up and calls, “Strike three! Yer outta there!” But nobody else seems to notice as the pitcher, catcher, and umpire all get back into position. That’s when Billy calls out to the umpire, “Hey, Blue, three strikes! He’s out!”
END_OF_DOCUMENT_TOKEN_TO_BE_REPLACED 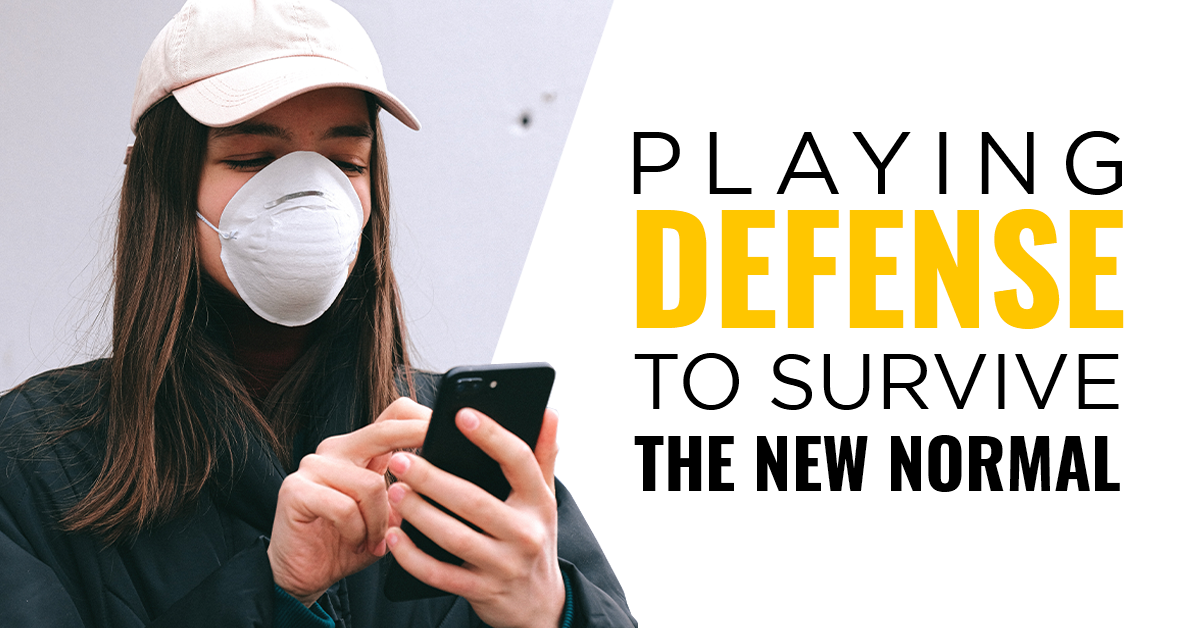 May 8, 2020 by Jack Stack & Darren Dahl 0 Comments
in Open-Book Management, Transparency, Contingency Planning
We’re all still trying to figure out what the “new normal” is—especially when it comes to keeping people safe. But I also believe we need to get the economy rolling again. I realize it isn't always a popular position to take these days. It seems like people are dividing into two camps: one that is pro-safety and the other pro-business. I absolutely believe that we need to do everything to be protective of people. But I also know what kind of damage we’re doing to people’s lives the longer we keep the economy shut down. It is devastating to see more than 32 million out of work. I was blown away to learn that for every percentage point the unemployment rate ticks up, suicide rates also go up 0.78%. People’s mental health is at risk—especially when their unemployment runs out at the end of July. And that says nothing about the state and local budget deficits that are piling up as sales tax receipts continue to fall off a cliff—which could mean we’re looking at serious cutbacks in services like police and fire that keep us safe. It has me left asking, "What’s the long-term cost of that?"
END_OF_DOCUMENT_TOKEN_TO_BE_REPLACED 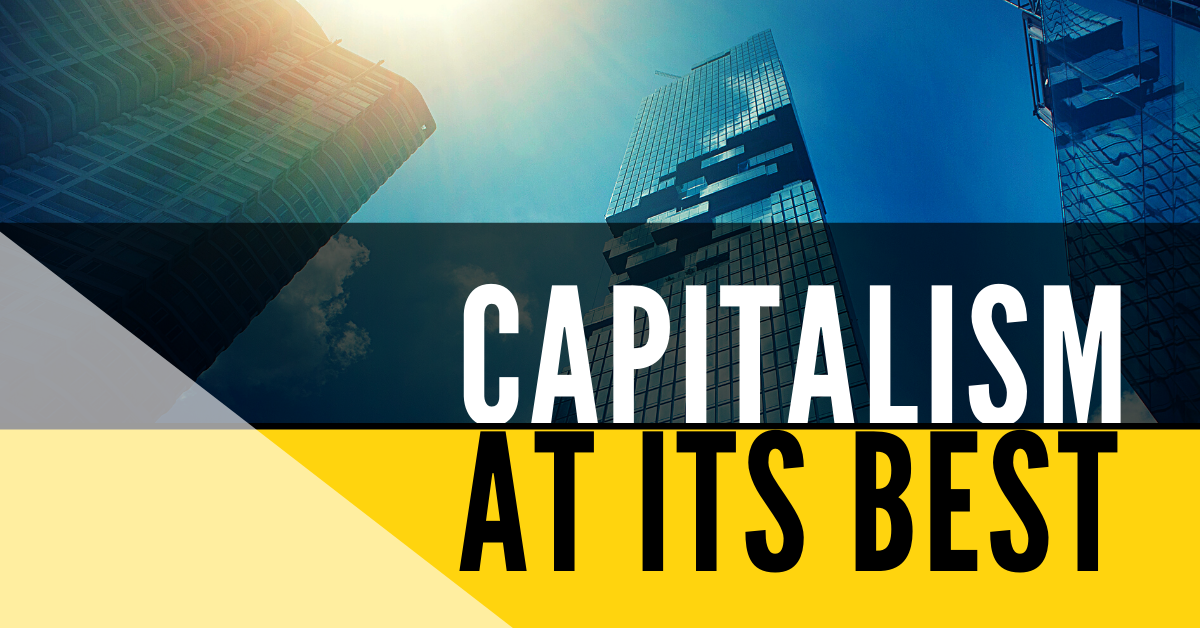 May 6, 2020 by Jack Stack & Darren Dahl 1 Comment
in Open-Book Management, Transparency, Contingency Planning, Community, coronavirus, capitalism
On March 17, 2020, John Costello, the owner and CEO of Cherry’s Industrial in Elk Grove Village, Illinois, entered a nightmare. On that day he learned that his wife, who works in the business, fell ill. She exhibited all the classic symptoms of Covid-19, such as a fever, dry cough, and a sore throat. But, with limited testing available at the time, they couldn’t be sure. Then, their son experienced similar symptoms.
END_OF_DOCUMENT_TOKEN_TO_BE_REPLACED 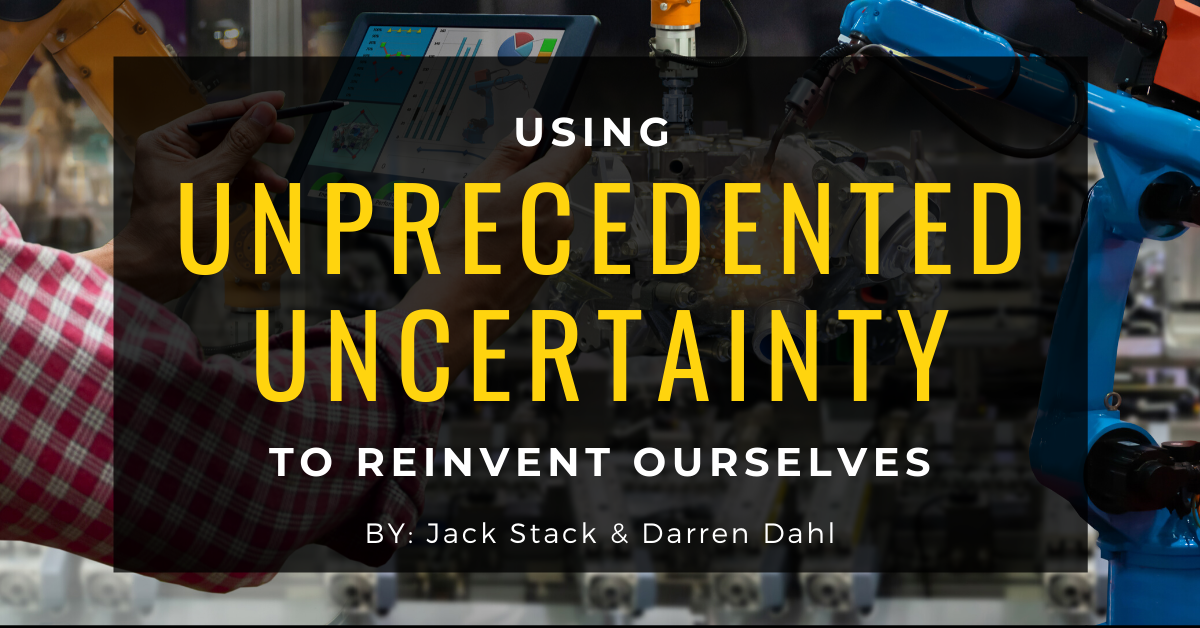 Apr 28, 2020 by Jack Stack & Darren Dahl 2 Comments
in Open-Book Management, Transparency, Contingency Planning
It’s been interesting to hear about how people are spending their time at home in isolation amidst the pandemic. Some folks I’ve talked to have spent the time looking through old picture albums and letters to reminisce about the past. Parents have had to learn how to juggle their roles as caretakers with the new added job of schoolteacher. Others have taken up new hobbies like baking bread (if they can find enough yeast). Then there are those who have used their time indoors to tackle home improvement projects of all kinds. I came home from work one day, for instance, and my wife asked me if I noticed anything different. I looked around and admitted that I didn’t see any changes. Had she bought a new kitchen appliance or something? Wrong answer. Turns out she had spent the whole day cleaning out all our closets and drawers. Whoops. I was suddenly facing a radical version of social distancing inside my own house.
END_OF_DOCUMENT_TOKEN_TO_BE_REPLACED 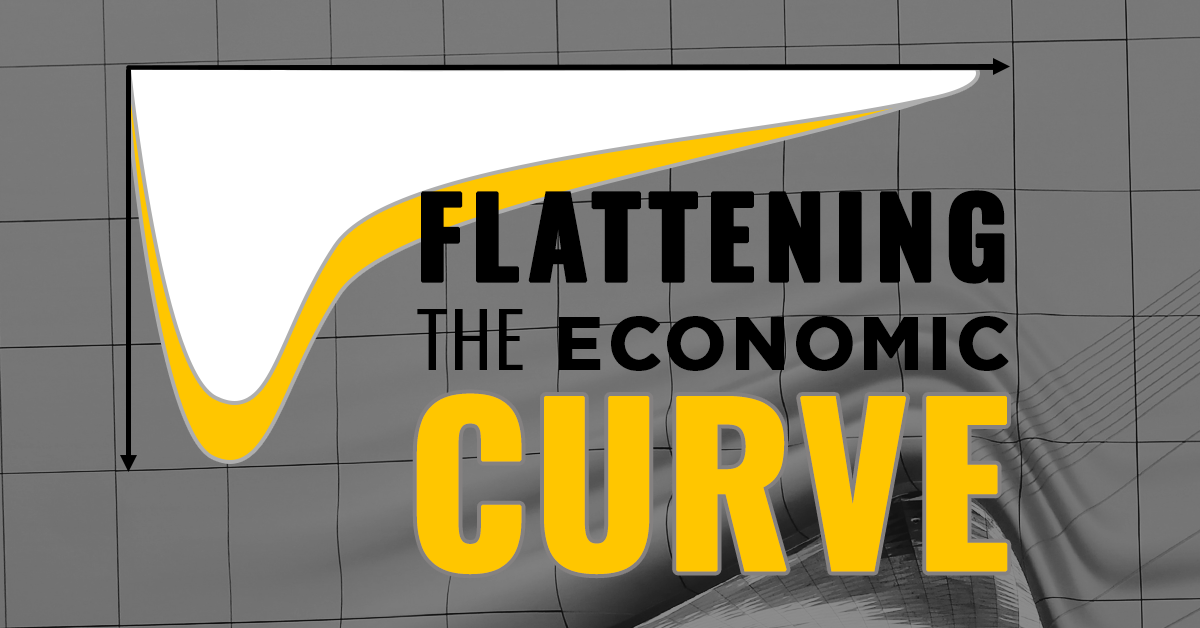 Apr 23, 2020 by Jack Stack & Darren Dahl 1 Comment
in Open-Book Management, Transparency, Contingency Planning
The last six weeks feels like six years. It’s incredible how much has changed so fast. There have been so many new federal and state programs rapidly pushed through, all with the intent of helping our people and companies through this crisis. The speed of the legislation has been great to see—but it’s also caused confusion in the details for implementation and administration of the various programs and benefits. It's forcing us, as a company, to do everything we possibly can to find ways to keep our people safe while our factories remain open. We’re the type of company that likes to get out in front of a situation rather than react to it. That means we’ve needed information; lots of it. So, when the crisis hit, we started making calls—hundreds of them—to our local contacts at places like the Occupational Safety and Health Administration to get answers to our questions about creating a safe environment for our people. But we didn’t stop there. Even though our factories remain open for the moment, we continue to take a big hit.
END_OF_DOCUMENT_TOKEN_TO_BE_REPLACED 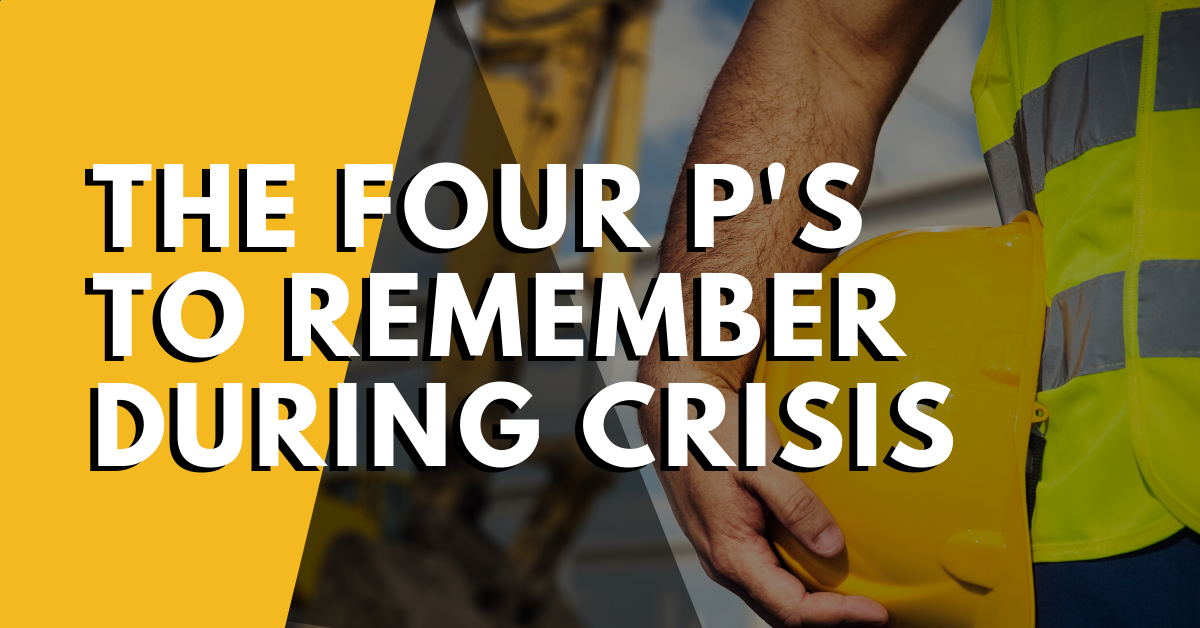 The Four P's to Remember During Crisis

Apr 8, 2020 by Jack Stack & Darren Dahl 0 Comments
in Open-Book Management, Transparency, Contingency Planning
As it did most companies out there, the 2009 recession hit Springfield ReManufacturing Corporation like a ton of bricks. But, as I’ve discussed a few times, there were a number of key decisions that helped us pull through to the other side. Now that 2009 is more than 10 years behind us, it’s clear those decisions didn’t just help us survive – they're what helped us thrive. We needed something to help us focus on surviving the recession and all the heartache that comes with a downturn.
END_OF_DOCUMENT_TOKEN_TO_BE_REPLACED

During a Crisis – No Idea is Off the Table.

Apr 3, 2020 by Jack Stack & Darren Dahl 0 Comments
in Open-Book Management, Transparency, Sustainable Business
Dealing with this pandemic is exhausting. Whether your business is shut down, or booming, the uncertainty about whether you and your people might be safe is something that doesn’t stop. In our case at Springfield ReManufacturing Corp., we’ve been labeled an “essential” business. We make parts for key industries like defense, health care, and agriculture. And like Steve Choate, my longtime friend, and colleague, likes to say, “Farmers are gonna farm.” If we’re going to keep our factories open we need to do everything under God to keep them safe. It’s got me up at night, and up early in the morning, trying to think through every scenario I can dream of.
END_OF_DOCUMENT_TOKEN_TO_BE_REPLACED 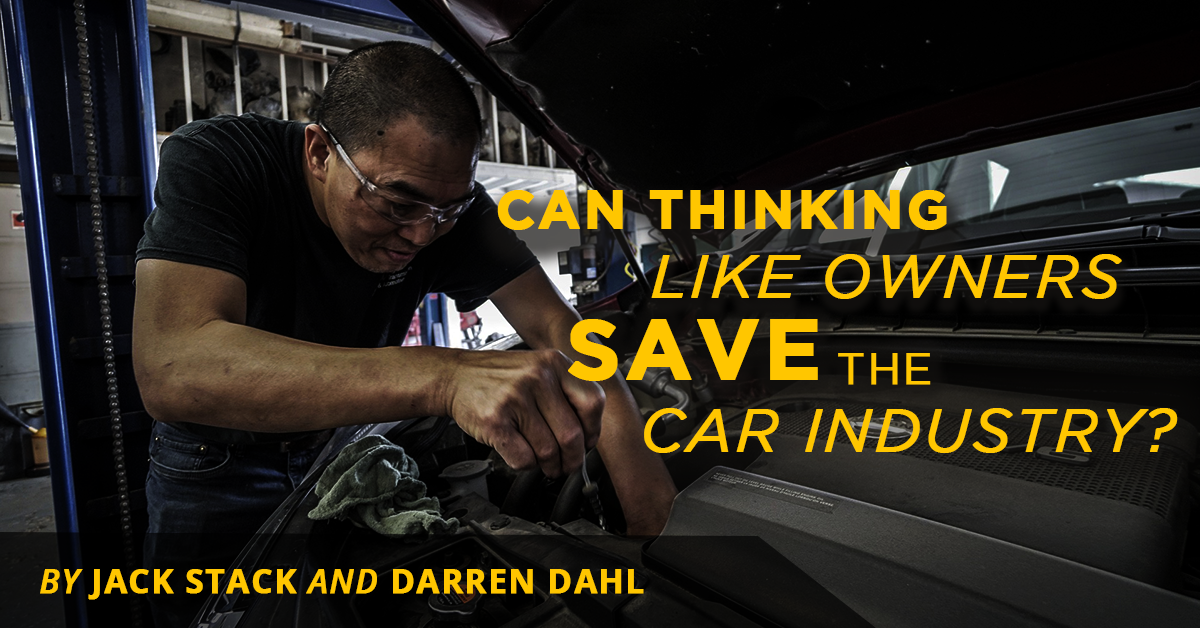 Sep 23, 2019 by Jack Stack & Darren Dahl 0 Comments
in Open-Book Management
On Monday, September 15, 2019, thousands of factory workers went on strike. It was the first time the union, the United Auto Workers, or UAW, had called for a work stoppage in a decade. It remains to be seen if and when the strike will have any significant impact on any of the automotive-related businesses at SRC.
END_OF_DOCUMENT_TOKEN_TO_BE_REPLACED
All posts Next
How Malco Products is Bringing Manufacturing Jobs Back To The U.S. 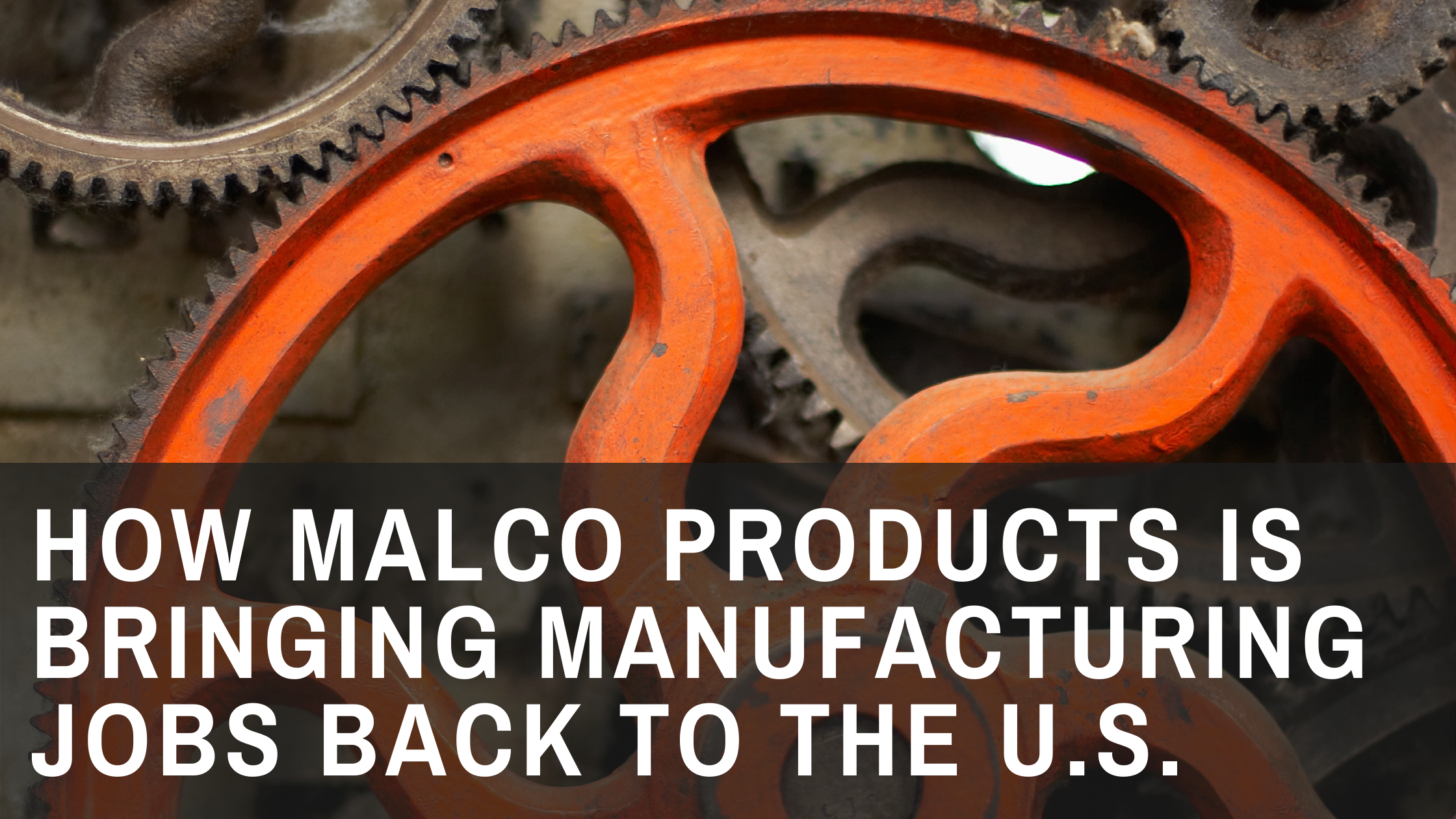 10 Easy Ways Leader Can Express Appreciation in the Workplace 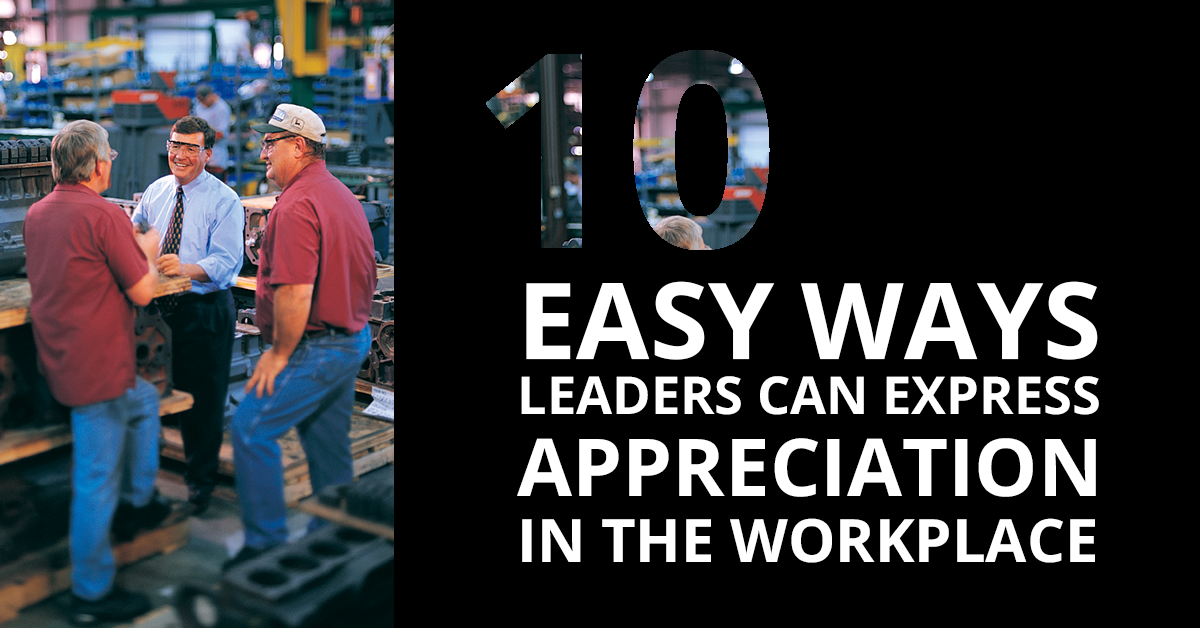