Closing The Gap Between The Haves and The Have-Nots 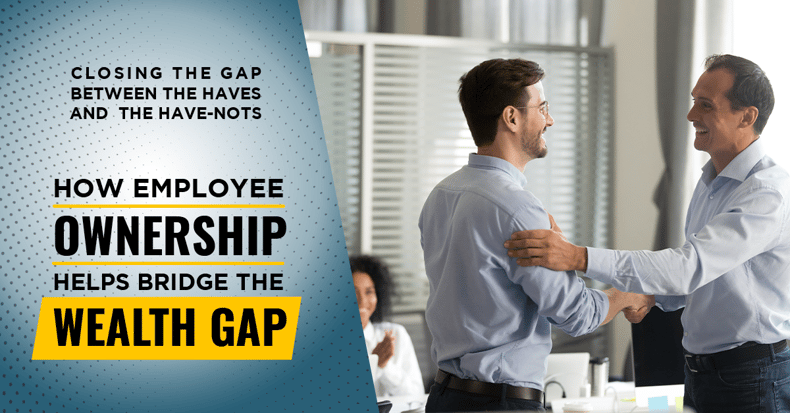 “Business can be a step to make a positive difference in the world. It empowers people to pursue their dreams.” Those are the opening words that Jack Stack and I wrote in our new book, Change the Game: Saving the American Dream By Closing the Gap Between the Haves and the Have-notes. Our goal in writing the book was to share stories about the brighter side of capitalism. We wanted to show real-life examples about how we can create better lives for ourselves and our communities—and bridge the wealth gap plaguing our society—by teaching people the rules of business, helping them keep score, and by sharing A Stake in the Outcome®.

We wanted to shed light on the positive ripple effect that results when you build a business of business-people who think and act as owners do. 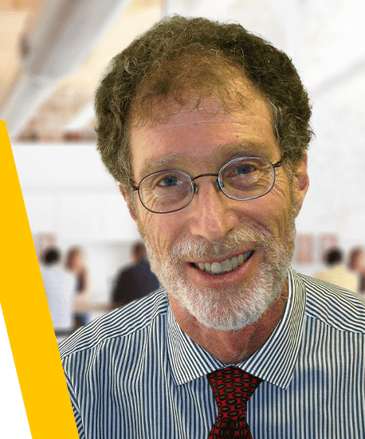 We’re not the only ones spreading the message that business can be a remedy for some of the most critical problems we face as a society. Take, for instance, Corey Rosen, the founder of the National Center for Employee Ownership (NCEO). Corey and the NCEO have been beating the drum and leading the charge behind the employee-ownership movement for decades.

Rosen is a prolific author who has written multiple books and countless articles detailing how giving employees a true stake in the outcome—equity ownership in the place they work—creates a multitude of positive outcomes. Research by the NCEO and others has shown time and time again that employee owners are not just wealthier than their peers, they also earn more income and have greater job stability.

In his op-ed piece, which is worth a full read, Rosen lays out the stark fact that too few Americans have access to wealth in the form of homes, retirement accounts, or stocks. That is especially true among minority groups like African Americans, who have a mere fraction of the wealth that their white neighbors enjoy.

As Rosen writes: “This lack of access to wealth is economically, socially, and psychologically devastating. Wealth means options; wealth means security; wealth means we can plan for the future. With wealth, we can send our kids to college, take a chance on a new job or starting a business, handle an emergency, and much more.”

Rosen places the blame for this untenable situation on poor government and business policies—from unfair zoning requirements and tax incentives to outsized equity grants—that systemically prevent many Americans from creating wealth of their own.

The solution, Rosen says, is a new set of policies aimed at increasing broad-based employee ownership through employee stock ownership plans (ESOPs), which are defined as: “company funded employee benefit plans that creates ownership accounts in employer stock for all employees based on their relative pay up to a maximum level.” As Rosen writes: “Because of the way these plans are structured, they are inherently more equitable than almost any other government incentive for wealth building, such as 401(k) plans, federal housing loans and tax incentives for home ownership, small business loans, tax incentives for corporations, and many, many more that benefit mainly white, wealthier people.”

In other words, if we want to bridge the wealth gap, let’s look beyond programs that only target income disparities and promote policies that give a more diverse range of people a chance to earn significant wealth by owning a stake in their place of work.

While critics of ESOPs fret that they expose employees to outsized risk—What happens if their company fails? —the research refutes those fears. In fact, not only do employee-owned companies historically perform better than their peers, they also weather economic recessions better, layoff fewer workers, and recover from downturns faster. That’s likely the result of the fact that, as Rosen notes, most ESOPs rely on open-book management systems like The Great Game of Business to teach their people how their business makes money and generates cash.

As Jack Stack, the president and CEO of SRC Holdings, a 100% employee-owned ESOP company, says: “Stock is not a magic pill.” Ownership can and needs to be taught. In SRC’s case, their employee-owners have learned to take control of their destinies by diversifying their lines of business and developing contingency plans that continue to protect jobs and grow the company even through a recession.

Rather than relying on a single owner at the top, employee-owned businesses thrive by tapping the wisdom of the crowd and the creativity and innovation of the people inside the company.

A Call to Action

Despite their clear benefits, they are roughly just 6,700 ESOPs in the U.S., which represents about 14 million employee-owners. That’s just a fraction of the workforce—and pales in comparison to the tens of millions of people who have lost their jobs in the wake of the pandemic.

The good news is that there is growing bi-partisan support in both the U.S. Senate and House of Representatives to push forward support for broad-based employee ownership programs.

At a time when our political divide seems wider than ever, the fact that both sides of the aisle can agree on something should give us some sense of hope—that positive change is still possible. As Rosen writes, “these are inklings of a growing acceptance that employee ownership is a fairer way to run the economy. It is an idea that progressives and conservatives need to put front and center.”

With election season kicking into high gear, maybe it’s time to place a call or send an email to your senator and congressperson and see where they stand on an issue we all can agree upon—how employee ownership can help us bridge the wealth gap.