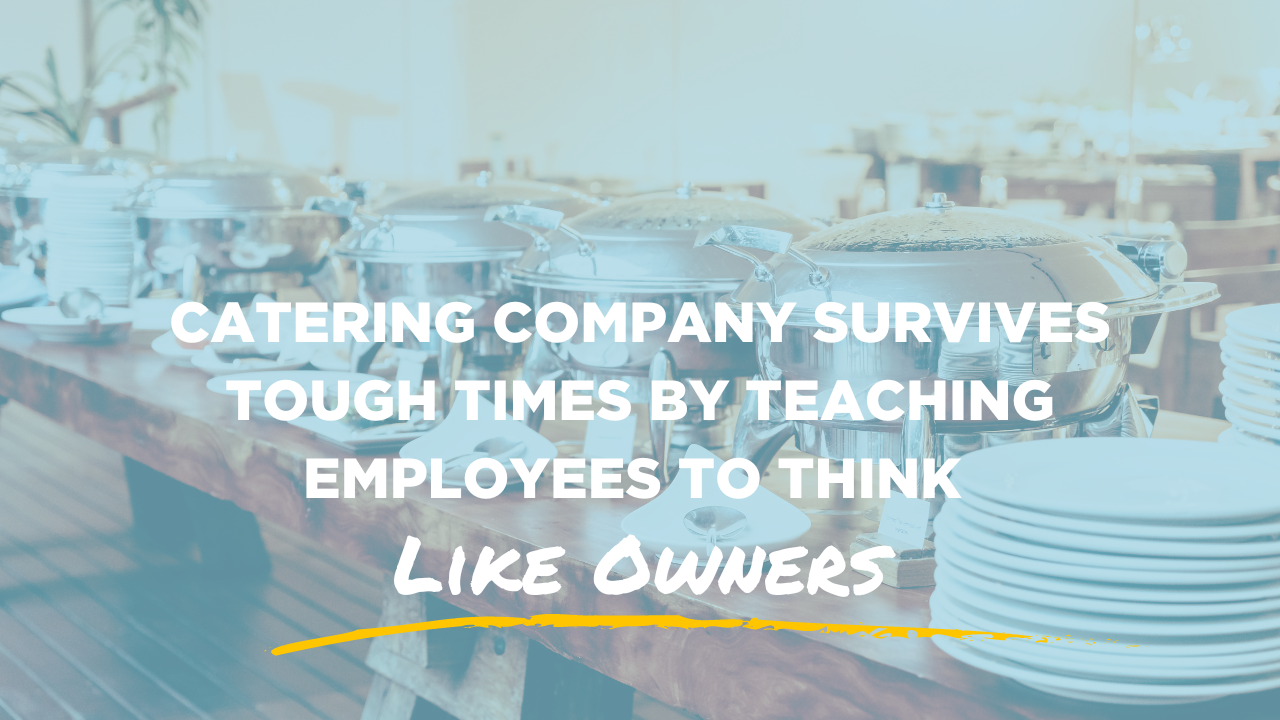 Tasty Catering began as a fast-food hot dog stand called Tasty Dawg more than 25 years ago. Founded by a trio of entrepreneurial brothers, Tom, Larry and Kevin Walter, the company, which is based in the

By its very nature, the catering business involves razor-thin margins, which puts constant pressure on organizations like Tasty Catering to watch their expenses. That challenge has only been exacerbated in recent years as more and more restaurants and sandwich-chain companies have entered the marketplace. One report suggested that some 2.5 million restaurants have entered the catering business since 2011, says co-founder and CEO Tom Walter. “It’s been a tremendous attack,” he says. “We’ve had to confront the challenge of why our customers would spend $10 for a Tasty lunch when they could spend $5 somewhere else.”

Part of the Walters’ secret sauce has always been embracing the notion of open-book management, where from the beginning they have shared the company income statement with their associates and built company-wide bonus programs tied to increased sales and a lower cost of goods sold.

But it wasn’t until 2011, when they were introduced to the GGOB at a Small Giants Community gathering in Germany, that the Walters realized what they were missing out on: it wasn’t just important to share the numbers, it was also essential to teach your people to think and act like owners.

One of the events Tasty held to kick off its GGOB launch was to invite their 50 fulltime associates to play the classic “wheelbarrow” game, which serves as a great visual tool to show how much money the company’s owners really make. When the Walters laid out 600 $10,000 fake bills to represent their $6 million in sales, they asked everyone in the room to write down how much the owners took away once you accounted for all expenses and taxes. The average answer was about $1.1 million – despite the fact that a 10% margin is considered healthy in the catering industry.

“Most people see that the business is busy and that means the owners are going to the bank,” says Kevin Walter, who has recently become a certified GGOB coach. “But through that exercise we showed them that the company actually earned zero profit and took on debt that year. That was a powerful example to share with them.”

Those lessons were put to the test this past winter, where one of the coldest winters in Chicago’s history decimated the local economy. The catering business was hit hard and Tasty was forced to borrow money to cover payroll – something that employees understood was happening as a result of sharing the full picture of the firm’s financial predicament with everyone.   This understanding of the firm’s finances helped the associates focus on growing sales, cutting expenses, and looking for alternative revenue streams.

For example, one associate recognized that fuel prices were always cheapest on Tuesdays and most expensive on Thursday and Fridays. By realigning when the company purchased fuel for its fleet of delivery vehicles, Tasty saved some $35,000 on fuel costs.

“They were very grateful that there were no job terminations and paid back our caring about their family needs by increasing their discretionary thoughts about Tasty Catering,” says Tom Walter. “The result is that they acted like owners under duress.  They experienced the hardship of ownership and we became a closer family as a result.”