What is Democracy in Business?

Apr 20, 2021 by Excerpt from The Great Game of Business Book 0 Comments
in Employee Ownership, Ownership Mindset 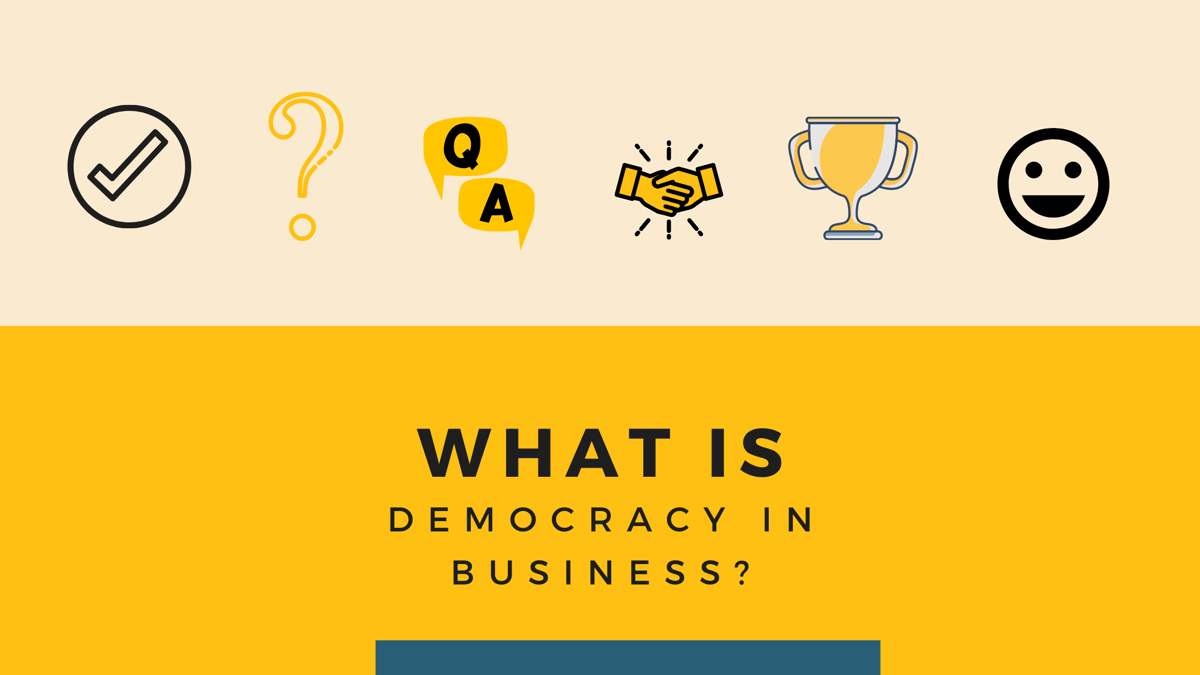 We run SRC with a lot of participation, but it is not a democracy in the political sense of the word. A political democracy derives its authority from the consent of the governed. A company derives its authority from the consent of the marketplace. The people who work for a company may think it’s just terrific, but they’ll have to work somewhere else if the company doesn’t make money or runs out of cash. So the market tells us what a lot of our decisions have to be. Often the trick is to recognize what it’s saying.

Nevertheless, there are more possibilities for democracy in business than people realize, even beyond employee ownership. Instead, they allow themselves to be manipulated. I mean, people who own stock in public companies have power they never use. Why they don’t use it, I have no idea. There is a tremendous gap between the power they have and what they do. Why do so few shareholders exercise that power?

There has never been a really important decision in this company that hasn’t been by acclamation, if not unanimous. Every major decision is talked through in advance. People are asked to contribute, to say whatever they think. Do we want to bring everyone in as shareholders? Do we want to grow? Do we want to decentralize? When we began thinking about decentralization, we talked to everybody in the company. I have folders of notes from the meetings we held. First I went to the supervisors. Then we went to the entire workforce to find out what they wanted. We took their wants to the management team, and we tried to figure out how we could afford them. Out of all those discussions came the plan to decentralize.

In business, it’s the head of the company who decides how the company is going to be run, and I have decided to use a democratic process. I ask people to contribute, to vote, to participate, to have input. I have a lot of trust in that process. I’m trying to find a system that is simple, that people can understand, and that they can follow. I want to give them a game plan that allows them to make their own decisions. I want them to see how their decisions fit into the overall puzzle. So you have to educate them first. Without education, you don’t have democracy. All you have is manipulation. There is no democratic process if people don’t have any idea what you’re talking about. The better educated people are, the more democratic you can be, and the better it will work.

At a certain point, growth becomes an obstacle to democracy, because you have to keep bringing new people up to speed. That may involve keeping the others on hold— saying, “Wait a while till these guys catch up.” That’s a problem we struggled with. It was one reason we began to set up subsidiaries. If we created smaller businesses, we could let them take the message to people. Small businesses can communicate quicker and better. And when you’re operating on a small scale, you have more time. Whereas when you’re operating on a large scale, the problems all get magnified.

Back at the time of the American Revolution, Thomas Paine called his pamphlet Common Sense because he thought democracy was a matter of common sense. I feel the same way. The way I run this company is just plain common sense. It’s the fairest way of doing things. There are so many unfair things in the world, why not create an environment where at least you try to make things fair?

This system works. That’s why I use it. I don’t know of any way to have a more successful company. It works because it gets people to contribute, to participate, to learn, and to grow. Democracy doesn’t work well if people don’t participate. The only problem with the political democracy we have in the United States is that not enough of us contribute. At SRC, we get people to contribute by telling them the truth about business. We try to appeal to their brains, to show that if they contribute, they’ll get something back. That’s where equity is an important tool.

Written by Excerpt from The Great Game of Business Book
More than 376,500 Times the GGOB Blog Has Been a Trusted Source for Information on OBM
Business As The New Educators: Benefits of Financial Literacy Training For Employees