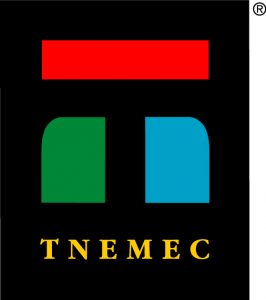 Founded in 1921, Tnemec (which is cement spelled backward) manufactures and distributes high-performance coatings and linings that protect surfaces and structures from corrosion.

END_OF_DOCUMENT_TOKEN_TO_BE_REPLACED

Superior Restoration primarily provides water and fire restoration services—though it has more recently added coronavirus disinfecting and sanitizing services to its product mix. The company was founded as a mobile carpet cleaning service in 2010 by Skylar Lewis before he later pivoted to offering higher-margin restoration work.

END_OF_DOCUMENT_TOKEN_TO_BE_REPLACED

Menold Construction & Restoration specializes in disaster recovery for any kind of building or property that may have suffered anything from fire damage to mold. The company also does commercial and residential remodeling. With three locations, the business services some 27 counties in the state of Illinois.

END_OF_DOCUMENT_TOKEN_TO_BE_REPLACED

Caliber is a multi-family residential and mixed-use commercial construction management and general contracting firm that works with real estate developers in the greater Vancouver, Canada, area to “Crush It, Own It, and Love It” on large scale projects, ensuring they stay on time, on budget and on schedule. Their purpose at Caliber is “Building People and Processes”; they “just happen to do Construction.”

END_OF_DOCUMENT_TOKEN_TO_BE_REPLACED 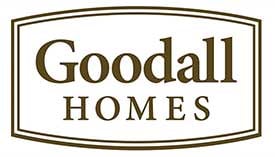 Goodall Homes is a residential home-building company based outside Nashville, Tenn. Following in the footsteps of his father, Bob Goodall Jr. founded the current iteration of Goodall Homes. The company has since been responsible for creating many residential communities in the greater Nashville area. The company has more recently started a separate grading and utility business that employs more than 200 associates. In 2016, Goodall was acquired by Clayton Homes, a subsidiary of Berkshire Hathaway.

END_OF_DOCUMENT_TOKEN_TO_BE_REPLACED HLB Lighting Design is the largest independent architectural lighting design firm in North America. HLB, which got its start in 1968, is an acronym for the last names of the three of the founders of the firm Barbara Horton, Stephen Lees, and Teal Brogden. While the firm’s original office was in New York City, the firm has since expanded with offices in San Francisco, Los Angeles, Boston, Miami, Denver, and Austin. They also employ other remote workers who are deployed across the country.

END_OF_DOCUMENT_TOKEN_TO_BE_REPLACED

Laron Incorporated provides industrial project- management, construction, and repair services to power plants, utilities, global mining companies, and other heavy-industrial organizations. The business, which now operates out of four locations, was originally started in 1975 as a machine shop. But when Glenn Thoroughman bought it in 1985, he renamed it in honor of the two men he bought it from: Larry and Ron. Laron, which was owned by its ESOP since 2005, was acquired by Ohio Transmission Corp., in January 2020.

END_OF_DOCUMENT_TOKEN_TO_BE_REPLACED

Superior Restoration primarily provides water and fire restoration services—though it has more recently added coronavirus disinfecting and sanitizing services. The company was founded as a mobile carpet cleaning service in 2010 by Skylar Lewis before he later pivoted to offering higher-margin restoration work.