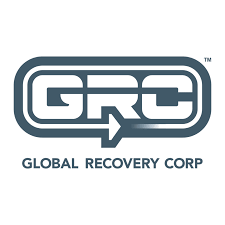 Global Recovery Corp. (GRC) was spun-out of a department of SRC Logistics back in 2013 with just five employees. The company works with original equipment manufacturers (OEMs) to help maximize their return on aging, obsolete core inventories and scrap.

As SRC® employees, GRC’s founding team has been practicing The Great Game of Business® (GGOB) for years. But now they needed The Game even more to help them grow their business as an independent unit. “We needed all of our employees capable of making day to day decisions while understanding the kind of impact those decisions would have on the business in areas like costs, inventory, and investments,” says General Manager Neil Chambers.

GRC, which has quadrupled in size since 2013, has steadily improved its profits, the attractiveness of investment, and stability of the company. “Our communication and focus on the Critical Number and High-Involvement Planning™ has helped build a stronger company by working through contingencies and diversifying sales,” says Chambers, adding that the team is confident in and committed to achieving their five-year goal of $10 million in sales and $1 million in profit. “GRC has a family of employee-owners that support each other, respect each other and celebrate together,” says Chambers. “Even though everyone may not always agree, we know we are all working toward the same goal and trust each other which allows everyone to make decisions that are best for the company.”

“I don't know how companies survive without GGOB. GGOB keeps employees engaged as they see the result of all of their hard work and how their individual roles help reach the overall financial goals of the company. We try to recognize the importance of each role and celebrate when employees go above and beyond.”

Unlike other companies, none of the work GRC does could be done from home after the pandemic hit. “Our guys couldn’t travel for five months,” says Chambers. “So, we had to react and act and find other ways to get material. We had to get creative.” The team worked together to chop overhead as much as they could while also doing anything they could to remain safe and socially distant at work. “Everyone knew what it would cost us if we were forced to shut down,” says Chambers. “Just being closed for two weeks would cost us $100,000.” The team stayed safe, battled through and, despite the hits, nearly hit their financial plan. But perhaps more importantly, GRC’s culture got even stronger as a result. “We became closer by staying further apart physically,” says Chambers.

GRC launches Minigames to tackle issues brought up in weekly huddles or during their discussions of monthly goals. “These games are often department specific for driving sales or efficiencies in operations,” says Chambers. “But we also create MiniGames that include the entire organization to promote accountability and celebrate wins as a team.”

“The Great Game of Business has improved our financial results because everyone is on the same page and working toward the same goals. We discuss the good, the bad, and the ugly in order to constantly grow and improve as a team.”

Chambers says that the main goal to level up their game play in 2021 is to make sure everyone is armed with the tools they need to be ready for the explosive growth they expect over the next couple years as a result of the post-pandemic economy.  “We will continue to come up with new innovative ways to educate on the financials and are always trying to ‘up our game’ with employee appreciation and making sure everyone feels valued at GRC,” he says.

“Knowing the financial stability of the company has given me long term job security and has given me piece of mind when deciding to have a baby, build a house, etc.”