What Is Open-Book Management? Can I Do It Myself? Who Else Has Gone Through This? What Will It Do For My Company Does OBM Mean You Share Everything? Have You Worked With Companies Like Mine? How Do I Teach My Staff About Financials? What Is Great Games’ Role in the Process? What’s the Next Level to The Great Game?
Products Blog Menu
The Gathering of Games
The 27th Annual
Gathering of Games 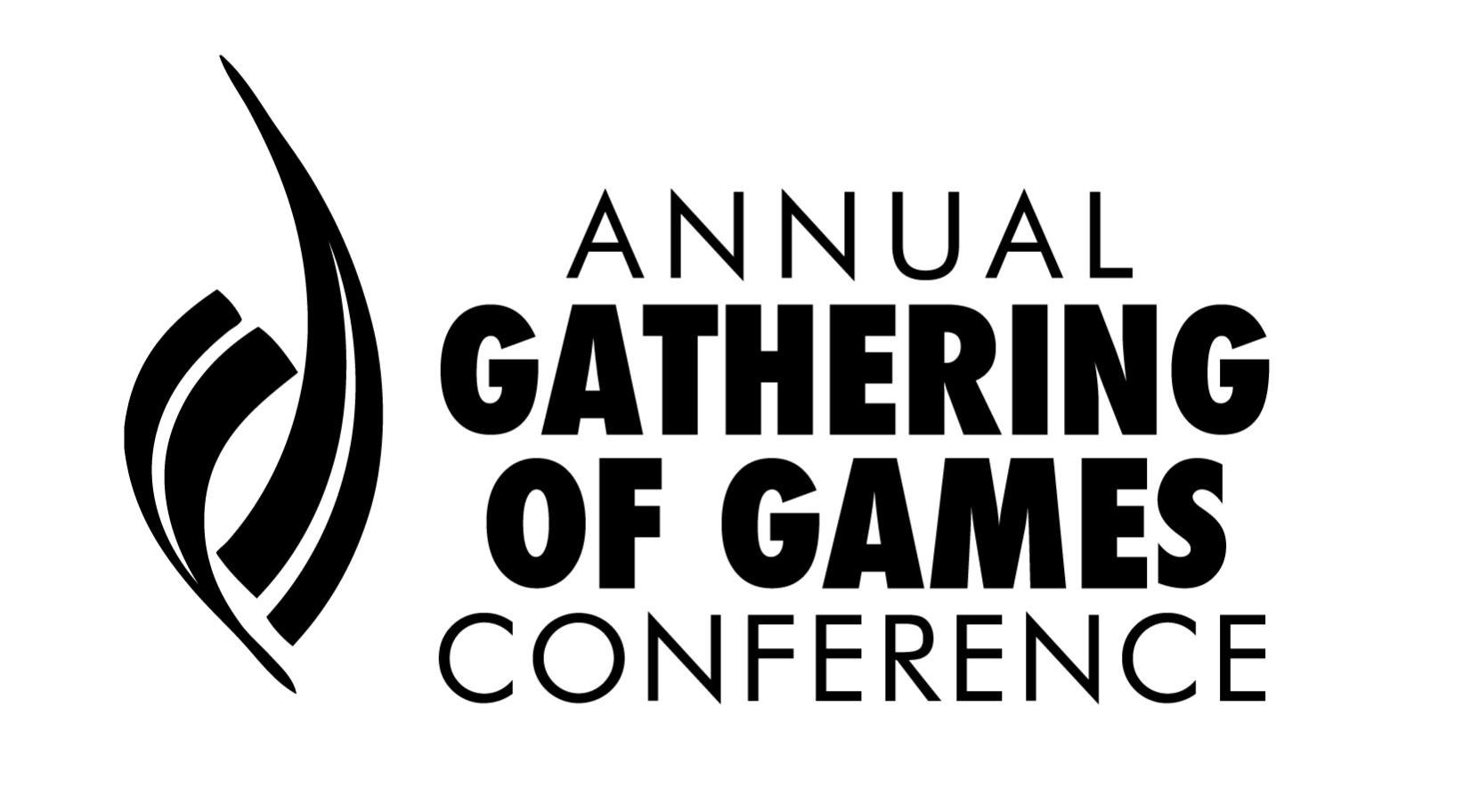 Kevin Kruse knows two things about leadership that most people do not believe:

First, leadership is a superpower.

Second, almost everything we’ve been taught about leadership is wrong.

Kevin is a New York Times bestselling author of nine books and a serial entrepreneur who started or co-founded several multimillion-dollar businesses.  At the Gathering of Games, this Great Game® practitioner will provide insights from his brand new book, Great Leaders Have No Rules: Contrarian Leadership Principles to Transform Your Team and Business.

In Great Leaders Have No Rules, Kevin debunks popular wisdom with ten contrarian principles for better, faster, easier leadership. Grounded in solid research and three decades of entrepreneurial experience, his message has one purpose: to teach you how to be both the boss everyone wants to work for and the high achiever every CEO wants to hire—all without drama, stress, or endless hours in the office.

Inspired by his viral article "Why Successful Leaders Don't Have an Open Door Policy", this contrarian approach to leadership reveals why you should throw out the rule book and instead play favorites, crowd your calendar, tell employees everything (even salaries), stay out of meetings, hide your phone, and more. Kruse makes the case for these principles with engaging real-world stories and case studies, and shows how to use this wisdom to buck the trend and become more effective. He also shares applications beyond the office—at home, in sales, in sports, and more. Ultimately, his advice empowers you to focus on what matters, which is the key to success for you, your employees, and your company.

Kruse’s articles on leadership have appeared in Forbes and a number of other publications, and his podcast, The LEADx Leadership Show, has been downloaded more than one million times. He is the founder and CEO of LEADx.org, whose mission is to spark one hundred million new leaders.

Can we make an impact with our lives? Is it really possible to change the world?

Yes, says Jack Stack, the co-founder, president, and CEO of SRC Holdings Corporation, an employee-owned conglomerate of small- and mid-sized businesses based in southwest Missouri. But we can’t do it alone. To change the world, we need to bring people together willing to work toward a common purpose. When we do that, we can create a movement.

Jack wrote (along with Bo Burlingham) the best-selling book The Great Game of Business, and later A Stake in the Outcome, to chronicle his team’s experience leading and growing SRC—which has increased its stock value 610,000% since its start in 1983.

In his keynote at the 27th Annual Gathering of Games, Jack will talk about how The Great Game of Business® leadership system has evolved and grown over the past few decades thanks to the players—the thousands of people around the world who believed in their hearts and minds that teaching people business and empowering and rewarding them for their hard work was simply the right thing to do. It wasn’t always clear if the Game could be played anywhere by anyone. But it’s everyone who attends the Gathering of Games that has proven and validated that it can. In fact, it's their contributions that have made the system even stronger. That journey continues today.

Jack, who's new book Change the Game will debut at the Gathering, will share how the Game continues to adapt and grow in ways that prove it can have a transformational impact on people’s lives anywhere it's played.

Every year the Gathering of Games features inspirational stories from Great Game practitioners. They take the main stage in TED-style talks to share why they decided to implement The Great Game of Business, and how that decision has impacted their company, their employees, their communities, and themselves. 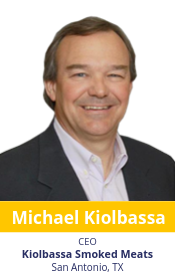 Breaking Down the Walls at Kiolbassa Smoked Meats

Letting go of the business is often one of the hardest things for owners to do.  Michael Kiolbassa had to do just that in 2010 when a management coach asked the simple question “What is an unconscious commitment you have to your company?”  Michael thought about it and realized he had to have his finger in every aspect of the business.

In his Gathering presentation, Michael will reflect on this realization and how it inspired him to let go of different aspects of the business, giving his team more autonomy… which ultimately led to the implementation of The Great Game of Business. He will share his journey of personal and professional transformation, driven by his decision to embrace vulnerability and define purpose in his company.

Leveraging the Power of Knowledge at Cherry's Industrial

When John Costello made the decision to buy out his business partner after an earlier buyout of the company’s founder, he needed to leverage everything he had to make it happen. That also put enormous pressure on his company to pay down its debt—ASAP.  John was concerned about what his associates would do once they learned the truth. “I was scared as hell,” he says, “but I knew that I had to share the numbers.”

In his presentation, John will share how The Great Game of Business brought financial stability to the company and changed the mindset of a small business owner burdened with debt, overwhelmed by the workload, and feeling alone.  He'll give insights into lessons learned when people lack information and create their own understanding, and why it's important to share the numbers - and the stories behind them. 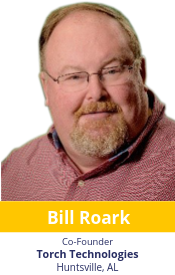 The Power of Open-Book and Employee Ownership at Torch Tech

In the early 2000s, Bill Roark had 30 years of Department of Defense research and development experience under his belt, and was a successful business segment manager at a defense contractor. When the company was acquired by another organization, Bill lost his ability to honor compensation commitments to valued employees – a situation that deeply disturbed him and ultimately inspired him to leave and co-found Torch Technologies, Inc.

The new company started in a modest suite in a lower-rent part of town, but with the adoption of an open-book management philosophy, their success skyrocketed. In 2005 they began sharing ownership with employees, and by 2010, Torch Tech was 100% employee owned – giving all employees better control of their destinies. Since then, the company's share price has increased 23,500%, allowing many employees to retire well before age 65.

As of this year, Torch has more than 1,000 employee-owners and over $400 million in revenue. They have been on the Inc.5000 list of fastest growing companies 12 years in a row and were recently awarded the #2 spot on the “Best Place to Work” list by Forbes magazine. In his presentation, Bill will share his story of how educating employees in the business and giving them A Stake in the Outcome® drove the company’s astronomical success. 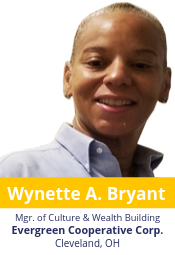 In some of the most divested areas of Cleveland, Evergreen Cooperative strives to revitalize neighborhoods by investing in people. Through its for-profit worker-cooperatives, Evergreen currently employees more than 200 people, mostly hired through their nationally-recognized re-entry hiring program.

In her presentation, Wynette Bryant will share Evergreen’s story of using open-book management over the last year to deeply engage worker-owners and employees in business operations. In an employee population that society often rejects, open-book management has helped Evergreen build deeply-engaged team members and more successful businesses, as well as helping employees to build wealth more effectively through their personal finances. Open-book has been a turning point in helping Evergreen's team members progress into thinking, acting, and feeling like the owners they are.

from these companies & more 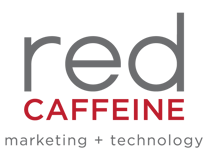 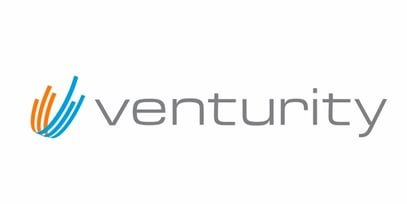 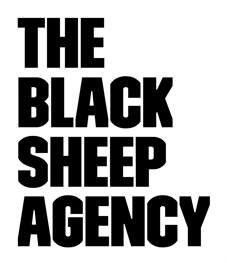 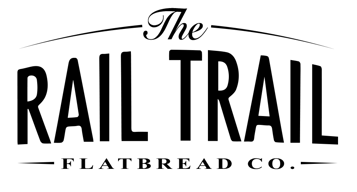 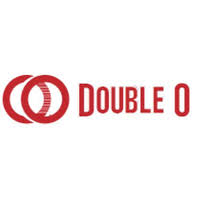 The energy and willingness to share is unlike any other conference I've attended.