The Importance of HR Having a Seat at the Table

When the last of the Boomers retires in 2030, there’s going to be a massive shortfall of available workers. According to our friends at ITR Economics, it’s going to create an economic tsunami like we haven’t seen since the Great Depression. There simply won’t be enough people to do all the work that needs to get done.

As Jack Stack predicted in his keynote speech several years ago, it’s the organizations with the best talent that will dominate their market. That’s why it’s time to up your "people game" by rethinking the strategic role of human relations (HR) inside every organization.

In his keynote speech, Jack Stack, CEO of SRC, will talk about how SRC is rethinking the role of the HR department in their organization by shifting their priorities from compliance and risk management to talent development and culture building. In short, they’re giving HR a seat at the strategic table.

We are thrilled to bring a big name in People Strategy back to the stage to continue the conversation on elevating the role of Human Resources.  Ann Rhoades (former "people" executive at JetBlue, Southwest Airlines and Doubletree Hotels) has seen firsthand how making HR part of the executive strategy team can catapult organizational performance.

No longer just a back-end support service responsible for administering the mundane duties of compensation, benefits, payroll, training, and onboarding, HR is the function that is best suited to unleash the power of your greatest competitive advantage: your people.

SRC's EVP of HR Krisi Schell will facilitate this lively conversation between Ann, Brendan, and Jack Stack, and will explore how to get HR more involved in the strategic direction of a company, why this move tends to face push back, and what will happen to the organizations too set in their outdated ways.

Open-Book Management Experience (OBMx) Talks are sessions highlighting the experience of CEOs and leaders who use The Great Game of Business operating system to run their companies. 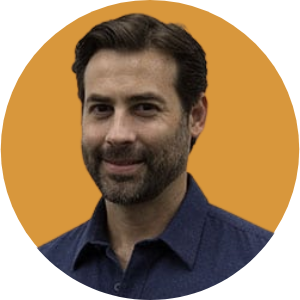 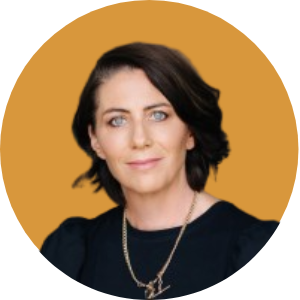 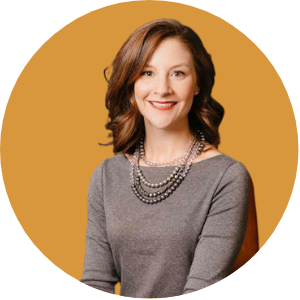 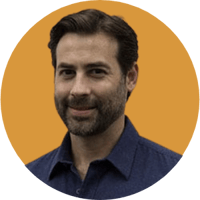 A dozen years ago, Grupo PDC, a consumer goods business based in Latin America, was facing bankruptcy and suffering from a culture of failure.  With some help from the Great Game of Business, CEO Sergio Paiz has transformed the company into a thriving and profitable business.  Sergio will share the PDC turnaround story and how the principles of the GGOB helped them build a strong culture that has led to stronger execution and happier employees. The company has recently been rated as one of the best places to work in its region and it continues to thrive in its purpose of transforming lives inside and outside the organization.

Bio:  Sergio is the CEO of Grupo PDC (www.grupopdc.com), a multi-business company with a regional presence from Mexico to Peru. The company manufactures and distributes consumer products, and has a driving purpose to transform lives. Sergio was also the founder/co-founder of PDC Capital, ICG Recycling, Publimovil (outdoor media), and Logistika Labs (software development).

Sergio received his education from Lehigh University, and has completed three executive leadership courses at Harvard. He is a current member and past officer with YPO (Young Presidents Organization), past member of YEO (Young Entrepreneurs Organization), and former finance professor at Universidad Francisco Marroquin.

Bio: Melissa Hamilton is the Co-Founder of the Brave Group and creator of the Brave Feminine Leadership interview series & podcast.

Previously as CEO of a large organization, Melissa led over 4,500 employees operating internationally with clients that included Top 100 ASX and major government portfolios. Melissa executed a strategy that delivered exceptional Shareholder value and employee satisfaction of >90% and created a culture that led the privately owned company to be recognized an unprecedented 9 years in a row as the leader in it's sector. 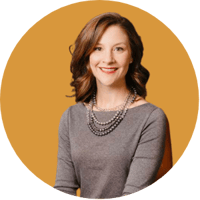 When Logan Aguirre purchased 417 Magazine from her parents, she embraced transparency and turned to the practices of the GGOB to create line of sight for her employees so everyone could see how they could make an impact. Then the pandemic hit, and everything changed. Every aspect of the business needed to be analyzed and measured to ensure that every investment they made in time and money made sense. Today, the business is thriving because of the hard decisions the team made over the past two years. But that success has come with a price: burnout among the staff. In her OBMx talk, Aguirre will talk about why she has made the mental health of her team a priority by setting their Critical Number for 2022 as a challenge for the team to take 100% of their paid time off during the year. “Everyone was overwhelmed and didn’t always feel like they could step away because of workload,” says Aguirre. “That’s a vicious cycle, and we were all feeling it. Now we have something we can all cheer for.”

Bio: Logan graduated Magna Cum Laude from the University of Missouri School of Journalism. In 2021 she served as Chair of  the Springfield Area Chamber of Commerce. She currently serves on the Friends of SPS Steering Committee, is a former board member and sustainer of Junior League of Springfield and has served on the Foundation for Springfield Public Schools Advisory Board, Care to Learn Advisory Board, Lost & Found Grief Center Junior Board and CoxHealth Young Professionals Advisory Council. In 2017 Folio: Magazine named her a Top Women in Media in the Corporate Visionaries category and she is a 2008 Springfield Business Journal 40 Under 40.

Logan is married to her husband of 15 years Dave Aguirre, and together they have a daughter Lucy, 12, and a son Cruz, 8. 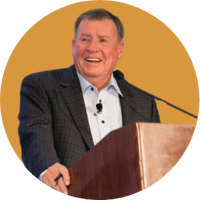 Bio:  Jack Stack is Founder,  and CEO of SRC Holdings Corporation. Jack has been called the “smartest strategist in America” by Inc. Magazine and one of the “top 10 minds in small business” by Fortune Magazine. A pioneer of the leadership model known as open-book management, Stack is the author of two books on the subject, The Great Game of Business and A Stake in the Outcome. His expertise in using the open-book model has helped SRC Holdings Corporation start, acquire, and own over 60 businesses and created thousands of jobs since 1983. Along the way, SRC’s stock value has increased 360,000%.

Jack has served as a world judge for the Ernst & Young Entrepreneur of the Year Awards Institute and as an advisor for this group since 1998. Jack designed the first ever United Way Entrepreneurial Fund to encourage innovation within the non-profit community. He has also served as a contributor  Inc. Magazine and The New York Times and has addressed thousands of audiences on the topic of open-book management. Jack is the father of five children and grandfather of six.

SRC Holdings Corporation is a 100% Employee-Owned Company employing over 1,200 people, with sales of over $450,000,000 located in Springfield, Missouri. While SRC’s chief business is remanufacturing, the company is best known for being the birthplace of open-book management. Once a failing division of International Harvester, SRC made national headlines when CEO, Jack Stack, used unconventional measures to turn the company around.

Under Stack’s leadership, employees started playing “The Great Game of Business®”. The Game was a way to teach employees how business worked in a way that was unintimidating and would make sense to everyone: using the analogy of a game. Using this method, SRC became one of the biggest turn-around stories of its time.

The Importance of HR Having a Seat at the Table

Bio: Brendan Lyons is the Director of Human Resources of Harvest Midstream and joined the company in 2011.

Mr. Lyons has a successful track record of protecting and advancing corporate culture throughout his career particularly through dramatic company growth.  He has been a student and practitioner of the Great Game of Business for over ten years.  As a result, he has seen his company rank numerous times on both national and local “Top Places to Work” lists including a ranking as high as #7 on Forbes list of “Best Places to Work”.

He is a graduate of Saint Mary’s College of California with a degree in Psychology and serves on the Board of Directors for the Duncan YMCA in the greater Houston, TX area.

Bio: As PRES and founder of People Ink, Ann Rhoades provides the inspiration and strategic direction for creating values-centric cultures for our clients.

Ann has a respected reputation in the industry for her unique approach to creating customer-centric cultures and is a popular speaker on the subject of customer service and how to build strong high performance organizational cultures. 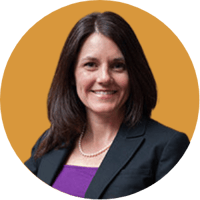 Check out our virtual Pre-Conference Workshops
INCLUDED with ALL Registrations