Jenner Ag, the Case IH Agriculture Application Equipment Distributor for the states of Illinois and Indiana—a consolidation of four different companies—has been serving its customers for 54 years and counting.

While the business has been successful over the long haul, it was looking for a system that would get everyone inside the company rowing in the same direction—during good times and bad—especially as it plans to transition to an ESOP.

Embrace the various practices that make up the Great Game of Business system—financial literacy training, huddles, MiniGames™, scoreboards, forecasting, and more—and embed them in organization’s DNA and culture.

“The impact the Great Game of Business has had on Jenner Ag’s culture is so vast, it’s almost immeasurable,” says CEO Steve Jones. “The Game has helped develop our teams into cohesive units moving toward common goals. It has educated all of us in the language and world of business and owner decision-making. It has encouraged us to look more closely at ourselves and recognize our weaknesses to address them directly and effectively, and it has shown us that teaching each other and allowing individuals to grow to their greatest potential makes our team stronger, more resilient, and able to face any challenge that may arise.”

Playing the Great Game of Business has also been great for Jenner Ag’s bottom-line results. They’re more forward thinking than ever before and their financial reporting continues to strengthen.

“The Great Game of Business has impacted the company by providing us the ability to recognize potential roadblocks or hurdles before they occur and address them before they become an issue. An example of this would be forward forecasting numbers and awareness of areas of weakness. This allows us to build MiniGames to address the problematic area and correct it before it is too late. The GGOB provides us the opportunity to perform physicals, not autopsies—which is critical to meeting and exceeding our goals.” ~ Jeff Reeter, Service Director

When the Jenner Ag team began playing MiniGames, they admit they made them too complicated. Yet, over time, they’ve learned to simplify the rules and make them more focused on the end goal, rather than just the prizes.

In 2017, the team’s goal was aimed at education. A “Back-to-School” MiniGame, for example, challenged team members on their knowledge of basic Game principles and company culture. Another game aimed at helping employees understand the basics and history of the agriculture economy which they serve.

The team also conducted a MiniGame called “The Voice”, which was based on giving employees the opportunity to use shout-out videos to bring attention to other employees they felt had gone above and beyond their normal work duties to help an internal or external customer. The goal of the game was to have an average customer service score of “4 or Better”—which is one of the company’s two Critical Numbers.

The team ended the game at 4.6 out of 5. The team says it is still seeing the benefits of playing that MiniGame even today, as scores have stayed above 4.5, and employees are still giving shout-outs to other employees for going above and beyond.

“A huge change over the past 18 months has been the number of MiniGames being created on the front lines. Shop technicians are identifying problems, and they’re coming up with the solution of how to attack it. We are seeing live in-person the sense of ownership that comes with people supporting what they help create.” ~ Clint Hohenstein, CFO

Jenner Ag is already in the midst of reinventing how they play the Great Game of Business. “My opinion is that to be successful at playing the GGOB, you need to be constantly looking at what’s working and what isn’t and be willing to make changes,” says Jones.

One of the areas the team is focused on improving in the coming year is embracing more High-Involvement Planning™ (HIP) —where it will be looking out three years and beyond at the market forces affecting its business—something that should pair well with the organization’s shift into becoming employee-owned.

“The culture is different here because of GGOB. I came from the non-profit world where they talk about being transparent. But it’s not. The thing about our culture is that there is so much it gives us in the form of education, support, and the empowerment to make decisions and build confidence. We understand the hard decisions that need to be made. I also think it’s critical that we have the opportunity to grab the brass bring and set our own destinies.” ~ Autumn Pitman, Executive Assistant. 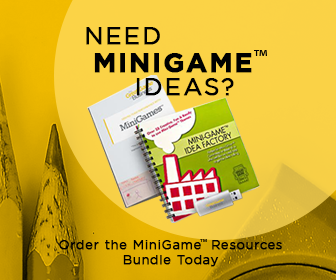