How We’re Building a Business of Businesspeople 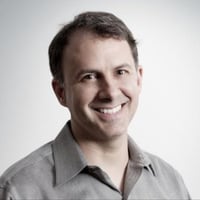 The topic of employee engagement, or rather the lack of engagement, has long been a hot topic for business leaders. That’s especially true as the so-called War for Talent has begun again in earnest. Everyone out there is looking for ways to attract and retain talent while also boosting productivity so they can get more done with less. The problem is that too many organizations try and treat the symptoms, rather than the root cause of the problem—namely that leaders don’t trust employees enough to give them the facts about the business. How can you get engaged in something you don’t understand?

Now try to imagine what it was like for Robert Isherwood, the CEO of AMBAC, when he tried to push through a 5% wage increase for his team. Only, it was his employees, the ones who stood to receive the raise, who vetoed the decision. Why? Because they decided the business couldn’t afford it and they’d rather see the money invested in other capital improvements instead. Isherwood will share his company’s journey of transformation and how, by focusing on building a business of businesspeople with the help of the GGOB, they’ve taken engagement to a whole new level.

Bio: Robert is the Chief Executive Officer of AMBAC International and Great Game of Business Certified Internal Coach. AMBAC is an employee-owned and open book manufacturer and remanufacturer of power and fluid components critical to the world's agricultural, transportation, military, and industrial equipment sectors. Robert has an innovative approach with 30 years of experience supporting dynamic and creative organizations, leading business and people-focused teams through dynamic changes. At home, Robert is a day-laborer and dog feeder on Lori’s farm @BroadRiverBlooms.

How the GGOB Helped Us Merge Two Winning Cultures 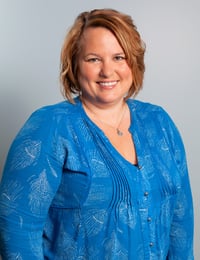 Merging together two companies—and their cultures—is never easy. The statistics back that up. Up to 90% of mergers fail not due to a lack of opportunity, but because cultural integration fails.

But Experity, which serves some 5,700 urgent care clinics—about half of the nation’s total—is an exception to the rule. Created in 2019 out of the merger between Practice Velocity (PV), and its largest competitor, DocuTAP (DT), the company has thrived even during the challenges created by the pandemic. Their commitment to transparency and creating a clear line of sight for all of their associates into how they make an impact on the company’s results every day has helped drive record financial results while turnover has plummeted.

In her OBMx Talk, Jennifer Wood, Experity’s Chief People Officer, will share how the GGOB’s principles of Teaching the Rules, Keeping Score, and Sharing a Stake in the Outcome have played such a pivotal role in the successful creation of Experity’s winning culture, which they call the Experity Success System.

Bio: As the Chief People Officer for Experity, Inc., people are at the center of Jen’s world, and encouraging them to live their best life personally and professionally is what she does. She understands that when employees love coming to work and have a stake in the company’s success, everybody wins. She works with leadership to engage team members, keep them passionate about the work they do and guide them to use their strengths to help the company exceed its goals. Jen has over 20 years of HR leadership experience in the technology, consulting, biotech, food, and manufacturing industries. She holds a BBA in HR Management from UW-Whitewater and is certified as a Senior HR Professional through HRCI.

How To Turn Purpose Into Transformational Action

At some point along his entrepreneurial journey building and selling companies, Jeff Hilimire recognized that profit alone wasn’t motivation enough to change the world for the better. That led him to uncover four pillars—Purpose, Vision, Tenets, & Values, or PVTV™—that provided a guiding light for growing his organization. But what he didn’t realize was that his PVTV model was still missing something… That was when Jeff, a lifelong competitive tennis player, learned about The Great Game of Business.

He immediately recognized that business, like tennis, is a team sport. And, by combining the Great Game operating principles with his PVTV™ model, Jeff learned how he could inspire and equip teams in companies of all sizes to articulate a higher purpose and then turn it into transformational action.

Not only will Jeff speak about how he used the combination of the Great Game with PVTV to turbocharge his own company, Dragon Army, but he’ll also share how he’s turned the lessons he’s learned into an aspirational tale called The Great Team Turnaround. Following in the steps of Jeff’s prior two bestsellers, he wrote The Great Team Turnaround to illustrate how any organization or team that runs both PVTV and GGOB is nothing short of unstoppable.

Bio: Jeff Hilimire is an accomplished entrepreneur who has launched multiple successful for-profit and nonprofit organizations, and who has successfully sold two companies. His current business, Dragon Army, is a purpose-driven digital engagement company dedicated to “Inspiring Happiness” through positive relationships, impactful work, and doing good. Over the course of 20 years, Jeff has applied his knowledge and experience to guide leaders from some of the most well-known global brands to mobilize growth using an entrepreneurial mentality. He is an accomplished author whose Turnaround Leadership Series reflects his two decades of learnings as well as his drive to support the success of others. Jeff is also the Co-Founder and Board Chair of three nonprofit organizations: 48in48, Ripples of Hope, and The A Pledge, all of which help him to live out his personal purpose to have an outsized, positive impact on the world.

THE ECONOMIST WHO PREDICTED THE 2008 RECESSION 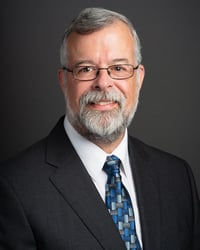 Alan Beaulieu and ITR Economics have an unparalleled track record in long-term forecasting accuracy – at a 94.7% rate of accuracy. Be among the first to hear the 10-year Economic and Business Forecast from both Alan Beaulieu and Jack Stack, CEO of SRC Holdings Corporation.

The Great Game of Business has been demystifying business for 40 years - Alan will demystify economics and business cycles to arm you with the skillset and the mindset to thrive and grow.  Learn how to prepare your company, your people, and yourself for the highs and lows that will emerge in the next decade.

Alan Beaulieu is President and a principal of ITR Economics. Since 1990, he has consulted across North America, Europe, and Asia, applying his mastery of business cycle trend analysis to help companies improve their forecasting and planning to increase profits.

With a reputation as an accurate, straightforward economist, Alan has been delivering award-winning workshops and economic analysis seminars in countries across the world to thousands of business owners and executives for the last 30 years.

Along with his brother Brian Beaulieu, Alan co-authored the books “Make Your Move,”“Prosperity in the Age of Decline,”and “But I Want It!” He has also penned numerous articles and makes up to 90 appearances a year.  Alan’s keynotes and seminars

Check out our virtual Pre-Conference Workshops
INCLUDED with ALL Registrations